How to Train a New Generation of Mediators

Mediation and other forms of ADR are fast growing in popularity as an alternative to lengthy and potentially costly litigation. There has also been an accompanying rise in interest from legal practitioners looking to specialise in mediation, though to assume a leading role in these proceedings requires a significant degree of training. 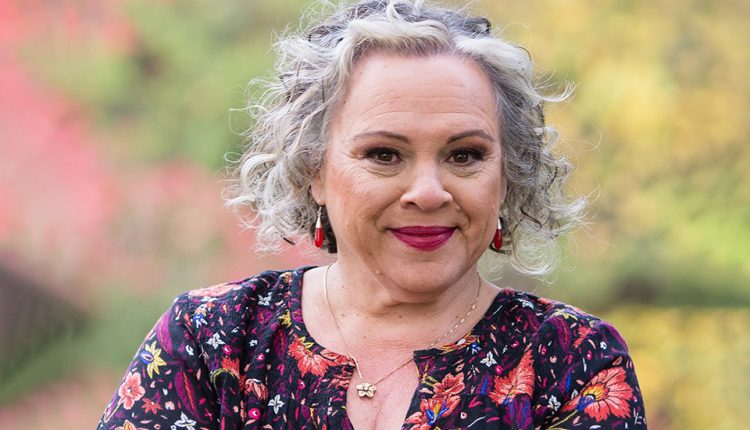 In this feature, Helen Lightstone outlines the necessary characteristics and experiences required for aspiring mediators to achieve success.

What first motivated you to establish the Lightstone Academy for Conflict Resolution?

Originally, Lightstone Mediation Services had been running for over a decade with a primary focus on mediation. The Lightstone Academy was created out of two focus groups I had in the fall of 2021 that felt that the name was not reflecting what services I provided and that it was too vague. Hence, the Lightstone Academy for Conflict Resolution. As time drew on, I recognised online opportunities that made themselves known during COVID, and I decided to pivot, focusing mainly on delivering quality conflict resolution training to those interested in receiving a designation to become a qualified or chartered mediator.

Between the years of 2019 and 2022, the Lightstone Academy created three courses. The introductory Essentials (40 hours), the advanced Quintessentials (40-hours) and the advanced Media Studies and Conflict Resolution (21 hours) were all accredited by the Alternative Dispute Resolution Institute of Ontario (ADRIO). The Lightstone Academy realised the impact it was making when a former participant of the Essentials suggested she would take a plumbing course if it was taught by Helen Lightstone.

In your view, what are the most useful qualities for a successful mediator to possess?

A mediator should know how to listen. This is extremely important as a mediator needs to hear what a party is saying or not saying. In addition to listening, it is important to synthesise the information – I have often suggested that a mediator is like a choreographer, elegantly and seamlessly directing the parties on how and where to move, often without them ever knowing it.

Neutrality is very important and reaches far beyond not representing either party, or favouring one over the other. It also reaches into the core of confidentiality. By that, I mean anything said to the mediator in a caucus (in confidence) cannot be repeated to the other side (unless there is permission). This action helps the disputant to build trust and rapport with their mediator, an essential key in running an effective process. In my training, I have my participants play the part of a mediator and breach confidentiality to see how the disputants will act upon the neutrality breach. This helps those playing the disputants consider its impact on the dispute and decide if they need to withdraw. I believe that a simulation like this will prepare everyone for a possibility that a situation like this could occur.

A good mediator also knows when to be directive. You should know what to say and when to say it. Mediators assist both parties to come up with a mutual agreement that works for both.

I would like to quote my colleague, Michael Leb: “When mediating civil lawsuits, a mediator needs to be able to assimilate facts and understand legal issues quickly and hone in on those aspects of each party’s case that present the most risk if the matter does not settle.”

Neutrality is very important and reaches far beyond not representing either party, or favouring one over the other.

In our multicultural society, it is important to be mindful of equity, diversity and inclusion (EDI). Not everyone views conflict with the same lens or has the same life experiences with which to view and manoeuvre through the world. In order to be more thoughtful, the mediator should pay close attention to their disputants, listening to their needs and what is meaningful to them. By practising with an open and inclusive mind, we become more thoughtful, open and respectful mediators.

How can these qualities be effectively trained?

Of course, the Lightstone Academy will help mediators to achieve their goals, but being effectively trained is more than taking a handful of courses. The Lightstone Academy training takes a ‘scaffolding’ approach to adult learning, meaning one skill builds upon another skill, etc. In the introductory Essentials course, training begins with conflict theory; why we find ourselves in conflict and how we move through it. In addition, the participants learn the process of a principled negotiation and mediation based upon Fisher and Ury’s Getting to Yes.

All courses include a great deal of conversation, discussion of theory, role play, and group activities. These elements are part of adult learning theory and are meant for the participants to apply their own life experiences to assist them in their learning process. Once the foundational Essentials have been completed, the students may choose to move forward to the Quintessentials. The approach to the course is the same, but the depth of the content regarding the analysis and the application is greater. The final course, Media Studies and Conflict Resolution, allows the participants to deconstruct the theory behind a social media piece of their choice. This implies that the participant has a great knowledge of conflict resolution theory and its application. The scaffolding is the key, building one skill set upon the other, subsequently enriching the student’s knowledge base and classroom experience.

By the same token, what do you find are the most common barriers to successful mediation, and how can a competent practitioner overcome them?

Ill-prepared mediators. I completely understand that it can be nerve-wracking for mediators to move forward when there is a lot at stake for the disputants at the table and you are running the process. But that is not a reason for lack of preparation. Simple process pieces like proper introductions can create an environment that fosters trust and rapport and go a long way to establish the foundation for a successful mediation.

Power imbalances. These present a tremendous challenge to a mediation, and it is up to the mediator to do their best to balance the power in the room. Typically, one party overestimates their power and underestimates the other. It would be important for a mediator to caucus with each party to discuss the perceptions of power. Sometimes it is not possible to move forward with the mediation and other steps need to be addressed so that both parties may come to the table equally, even if that is at a later date.

Counsel/parties attending in bad faith. This poses a challenge to the mediator as they need to find out why they are not participating in good faith. I like to think of the Interests Iceberg in these scenarios and I bring my thoughts right back to the Essentials where positions and interests are introduced. Their position? “I do not want to participate!” Their interests? Their wants, needs, fears, desires and concerns, etc. A caucus to discuss the lack of interest in participating might uncover some other reason or underlying interest for not wanting to participate.

In what ways have you seen the dispute resolution space change since you began working in the sector?

COVID has brought on many changes in the sector since I started working as a mediator. In 2020, we moved from in-person to this online space where we did not know how effective the new process would be. What does online mean to rapport-building, confidentiality and active listening, such as reading body language? However, in 2022, we are becoming used to online dispute resolution and I have colleagues who believe that there is little to no difference between mediating in person or online.

Another way the sector has changed is the increasing interest in conflict resolution training from lawyers and paralegals. I have noted over the years that licensees have developed a keen interest in resolving conflict outside of the courtroom, saving their clients time, money and stress. It suggests to me that many licensees see the advantages in being collaborative.

What foundational advice would you give to a legal professional seeking to receive designations as a qualified or chartered mediator in alternative dispute resolution?

Training through the Lightstone Academy for Conflict Resolution will help any legal professional receive a qualified or chartered mediator designation. Once a legal professional has received a designation, the next and equally important foundational piece is to get Errors & Omissions insurance. In truth, as I tell all my participants, you simply cannot open your doors without it.

Helen Lightstone is the founder of the Lightstone Academy for Conflict Resolution and is an educator, a Chartered Mediator, Qualified Arbitrator, licensed paralegal and college professor. After earning her paralegal license in 2008, Helen received her certificate in Alternative Dispute Resolution from York University and then earned her Master of Laws (LL.M) in Dispute Resolution from Osgoode Hall Law School in 2017.

Dubbed “the Mediation Lady” by her students, she has taught ADR for the Department of National Defence and to police officers in Belize with Riverdale Mediation. Helen coaches at Osgoode Hall Law School in their Master of Laws, Dispute Resolution program. The Lightstone Academy is proud to have three accredited courses by the Alternative Dispute Resolution Institute of Ontario.