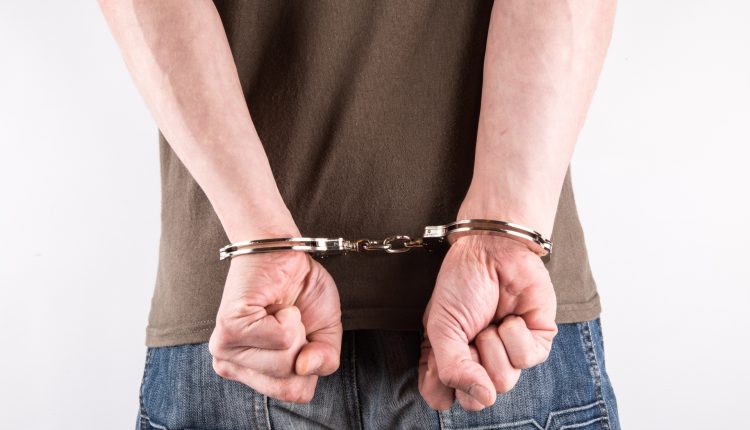 Have we reached a tipping point for legislating for anonymity for suspects pre-charge? David Malone – a prominent human rights and criminal barrister specialising in the field of sexual violence and victims’ rights – speaks on the never-ending debate of whether defendants should be named and ‘shamed’ prior to being officially charged. In this insightful article, he touches on the recent Cliff Richard case: Sir Cliff Richard v BBC and South Yorkshire Police.

Have we reached a tipping point for legislating for anonymity for suspects pre-charge?

Recent events on the journey

As the heat and light surrounding the Cliff Richard case [Sir Cliff Richard v BBC and South Yorkshire Police] fades, one ember steadfastly maintains its glow: isn’t it now time for the Government to legislate and grant anonymity for suspects pre-charge? Or, as Anna Soubry MP put it at Prime Minister’s Questions on the actual day the judgment was released, is it now time for ‘Cliff’s Law’ – a law preventing the media naming suspects before they are charged in relation to any offence, not just rape?

The Prime Minister, who eluded to the fact she had considered the issue as Home Secretary, appeared to reject the idea stating, “there may well be cases where actually the publication of a name enables other victims to come forward and therefore strengthen the case against an individual”. Moreover, it was a matter for “careful judgment” to be exercised on the part of the police and the media.

That “careful judgment” was found to be lacking by Mr Justice Mann on the part of the police and the BBC in Sir Cliff’s case. Indeed, before the trial, the police had already admitted liability and agreed to pay Sir Cliff substantial damages in the sum of £400,000, plus costs. The fight for the police at trial was not with Sir Cliff, but with the BBC, a battle they won when the judge found the police did not merely volunteer information regarding the investigation for its own purposes; it provided it because of a concern that if it did not do so there would be a prior publication by the BBC.

As regards the BBC, the judge found that Sir Cliff had privacy rights in respect of the police investigation and that the BBC infringed those rights without legal justification. Further, that it did so in a serious way and also in a somewhat sensationalist way. The judge rejected the BBC’s case that it was justified in reporting as it did under its rights to freedom of expression and freedom of the press.

Whilst Mr. Justice Mann has acknowledged the very significant public interest in the fact of police investigations into historic sex abuse, including the fact that those investigations are pursued against those in public life, he has ruled that, “the public interest in identifying those persons does not, in my view, exist in this case”. He added, “If I am wrong about that, it is not very weighty and is heavily outweighed by the seriousness of the invasion”.

In other words, this case is not a precedent which prevents the reporting of names, even the names of so-called ‘stars’, prior to police charge – this was very much a case that turned on its stark and regrettable facts.

Notably, in their final submissions, the BBC did not even argue the possibility that reporting on the search would or might encourage other victims to come forward, the very argument advanced by Mrs May at her PMQs.

This appears at first glance a strange omission, but clearly the evidence in Sir Cliff’s case did not support it being relied upon in the final analysis by the BBC’s own legal team. Add to that the point that the police did not fight the case and it just goes to show how, in reality, factually weak the BBC’s case was.

The fact that Sir Cliff’s case was a ‘case specific’ judgment was immediately recognised by Ms. Soubry who saw it as a moment to resurrect her ill-fated 2010 Private Members Bill on the topic.

That Private Members Bill makes it expressly clear that anonymity should be controlled by the judiciary under the strict terms of the proposed Act, namely, it shall be in the interests of justice for a Judge to allow the identification of an individual where: (a) it may lead to additional complainants coming forward; (b) it may lead to information that assists the investigation of the offence; (c) it may lead to information that assists the arrested person; or (d) the conduct of the arrested person’s defence at trial is likely to be substantially prejudiced if the direction is not given.

So, have we reached tipping point?

The Heilbron Committee Report in 1975 [‘Heilbron’ – led by the formidable Dame Rose Heilbron DBE QC one of the outstanding defence barristers of any generation] introduced the principle of anonymity for complainants in rape cases. In doing so, Heilbron recognised that the publicity surrounding allegations of rape may be “extremely distressing and even positively harmful”.

Heilbron also considered briefly the case for anonymity of defendants:

Notwithstanding the reservations of Heilbron, the Sexual Offences (Amendments) Act 1976 introduced anonymity for both complainants and defendants. The legislative intent in providing anonymity for defendants was to protect them from damaging consequences of false allegations. However, this measure was repealed in 1988 on the grounds that being accused of rape was no different from being accused of other serious crimes and did not warrant special treatment. Moreover, that the principle of equality between defendants and complainants was a false comparison.

Under current legislation [the Sexual Offences (Amendment) Act 1992], lifetime anonymity remains in place for complainants of rape and other sexual offences and despite frequent debate in the Lords and the Commons, plus research and opportunity to do so, Parliament has not legislated again on this specific issue. Notably for example:

2003:     A move by the House of Lords to extend anonymity to defendants during the passage of the 2003 Sexual Offences (Amendment) Bill was defeated.

2003:     A Home Affairs Select Committee report recommended that anonymity be granted between allegation and charge, in order to protect potentially innocent suspects from damaging publicity yet safeguarding the public interest in reporting criminal proceedings.

2009:     The Stern Review (a report by Baroness Stern of an independent review into how rape complaints are handled by public authorities in England and Wales) considered the need for defendant anonymity as a matter “linked” to the matter of false allegations of rape. It concluded, “We make no recommendation on anonymity for defendants but note that it is often raised and the concerns will undoubtedly continue. A full examination of the issues would be helpful to the debate”.

2010:     Power-sharing agreement between the Conservatives and the Lib Dems included a  pledge to “extend anonymity in rape cases to defendants”. However, despite early promises of a free vote on the issue, this agreement ended following a Ministry of Justice Report “Providing anonymity to those accused of rape: an assessment of evidence”. This Report concluded: “Overall, this review of evidence on providing anonymity for  rape defendants found insufficient reliable empirical findings on which to base an informed decision on the value of providing anonymity to rape  defendants.” The focus moved to a non-statutory solution.

2015:     The call to grant anonymity to suspects between allegation and charge was repeated in the wake of further high-profile suspects being named in the press, including Cliff Richard. The Home Affairs Select Committee recommended that “the police should not release information on a suspect to the media in an informal,  unattributed way. If the police do release the name of a suspect it has to be limited  to exceptional cases, such as for reasons of public safety.” Secondly that “it is in the interests of the police to demonstrate, post-Leveson, that there is zero tolerance for informal leaks to the press. Police forces need to monitor and publish the number of                 instances where the identity of a suspect in their area has found its way into the public domain  without an attributed source.”

2016:     Sir Cliff Richard, Paul Gambaccini and other high-profile men launched a campaign to change the law so that suspects in rape cases cannot be named unless charged. End  Violence Against Women called for the campaign to be dropped and argued for open and transparent justice.

2016:     An amendment to the Policing and Crime Bill was tabled in the Lords which would grant anonymity to individuals being investigated for sex offences until a decision is taken to actually charge them. The Government was again not persuaded that legislation was the way forward. The reason given was that the police should have operational independence when deciding whether to name a suspect and that ultimately the Government did not wish to create an environment where victims are reluctant to come forward.

…so having reached the Cliff Edge where to now?

Even a brief review of history tells us that this is far from a straight-forward decision. It is a decision that has taxed even the brightest of legal and political brains and unsurprisingly, therefore, it is a decision upon which Parliament and politicians have changed their minds or ‘kicked into the long grass’ for decades.

That said, history also tells us that this is not a decision that can simply be left to the “careful judgment” of the police or the media, or indeed to the Courts who can only do so much to clear up problems.

It cannot be forgotten that we live in a time of unprecedented levels of sexual offence cases being tried in our Courts and when we have an Independent Inquiry into Child Sexual Abuse continuing its work.

At the very least, the time has come to glean reliable empirical evidence on the impact of defendant anonymity, in particular in rape and sexual offence cases, so that there can be proper and informed public debate and clarity of thought brought to bear on such a fundamental legal issue of our times.

So where does this case feature on the journey towards or away from defendant anonymity? Well we are certainly not at the Cliff Edge, rather this case represents a more interesting diversion on that particular journey and the law remains unchanged.

As I made clear on judgment day, it is important that in appropriate cases the police are not cowed by the Sir Cliff judgment, and do still at the very least consider reporting the name of an individual, when that action may enable other victims to come forward to strengthen the case against that individual.