Why Are More Officers Injured on Duty in the LAPD? 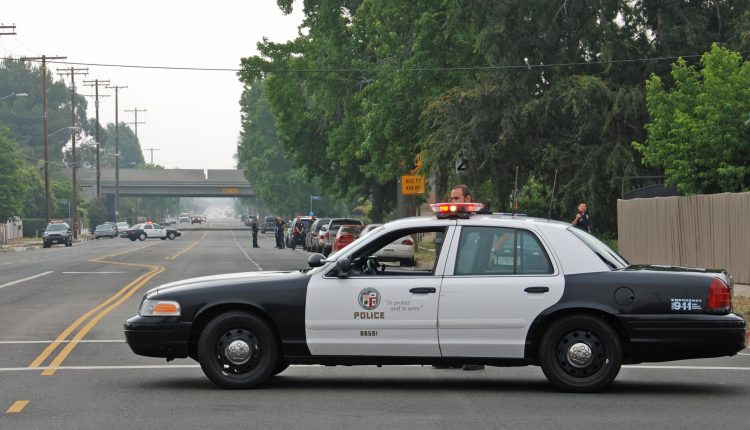 Big data has infiltrated (and, for the most part, improved) almost every industry, but in the police force, it’s resulted in an unexpected consequence: an uptick in Injured on Duty (IOD) retaliation cases. At the Los Angeles Police Department, captains are grilled by their superiors every month and must explain data collected through a tracking system called CompStat. When the numbers show that too many officers have taken IOD leave or sick time, captains and supervisors get flack —and often retaliate against their officers as a result.

“IOD retaliation lawsuits were almost nonexistent 10 years ago, before the LAPD relied on CompStat to review its captains and supervisors. Now, officers are being punished for taking time they’re entitled to, and they’re taking legal action,” said Matthew McNicholas, Partner at McNicholas & McNicholas, a Los Angeles-based plaintiff’s trial law firm. “These type of retaliation lawsuits account for 30% of the cases I see now.”

He discusses in more detail to why IOD cases have increased and why CompStat is part of the reason behind this increase.

What do you think are common reasons to why IOD cases have increased over the past ten years?

Two reasons. First, the volume of IOD cases has increased because of the workplace stress created by management when dealing with internal employment issues. This leads to legal actions such as those I handle. Second, the duration of the IOD cases has increased for the same reasons. The moral is so low that it affects the health of the employees and their ability to recover.

What employment rights are people in high-pressured job roles often unaware about?

Within the LAPD, the answer is none. There is extensive training on employee rights under department policy and state law. Remember also, this is a “promote from within” organisation. When you become Captain, you’ve been in the lower ranks for the previous 10-20 years. So, you have had the training as the person protected by the rights as well. This leads to a conclusion that they often don’t really care.

What do you think should be the first course of action for officers that are considering seeking legal action?

Contacting their union to see if the issue can be worked out internally. If that does not succeed, meet with a lawyer that explains both the potential positives and perils of litigation. Employment litigation is very difficult on the employee. Before I will ever accept a case and recommend full-blown litigation, I make sure the client understands all the negatives first. More often than not, I tell potential clients that while they have a proper legal claim, it’s not worth it to their health or their family.

Why are high-pressure environments that emphasize strict quotas and goals breeding grounds for retaliation and employment lawsuits?

In what ways are big data software, such as CompStat, are the cause of such an increase of cases?

Things like CompStat allow, and actually cause, the LAPD to closely monitor stats that deal with crime, such as the number of burglaries, rapes, murders and assaults in a given month. Such data can be helpful when viewing long-term trends in society. However, what motivates murder, for instance, is not in the control of the police department. If murders go up 100% from one month to the next, it is not because the police did something wrong. Such crimes are driven by social issues beyond police control, like a flair-up in friction between opposing gangs. Thus, the existence of such stats wrongly leads police departments to think they can change crime through different actions. Further, CompStat includes data on the sick time people use and the time people are off for injuries. This is also data that causes the department to think they can change behaviour through actions – and what they do is clamp down on people who are sick and injured. This leads to a myriad of violations and lawsuits.

In what other ways have CompStat and other data-tracking tools impacted workplaces and employment law?

To use medicine as an example, doctors always say, “You don’t treat the test result, you treat the patient.” Meaning, just because a test indicates something doesn’t dictate, by itself, the course of treatment. You have to take the patient as a whole. So, when business relies too heavily on the data, i.e., the test results, they are not working with the employees, they are “treating” the data results. This leads to poor working environments and lawsuits.

Can you think of changes to regulations Los Angeles could make to ensure problems that data-tracking tools are reduced?

The change would not come from regulations, but rather, through an entire change of mindset.  When the Captains go to CompStat and have to answer questions about why crimes have gone up, they are also required to answer questions about why injuries and illnesses have gone up, and then instructed to lower such things.  Well, such a directive leads to violations of law because the Captains go back to their divisions and crack-down on illnesses as if they were crimes.  This is the incentive system set-up by the LAPD, and is a recipe for disaster.

From your experience, do you think those working in the police departments are taken seriously, in regard to their employment rights during on duty injuries? Do these perceptions differ if the injury was a mental health issue, rather than physical?

I think management often times places the mission over the safety and condition of the officers, and simply expects the officers to work through whatever problems they have, physical or mental. This leads not only to employee degradation, but a degradation of the quality of enforcement as well.

Matthew S. McNicholas is a partner with McNicholas & McNicholas, LLP in Los Angeles and represents victims in a range of areas, including catastrophic injury, wrongful death and product liability. Mr. McNicholas also has an emphasis in representing police officers and firefighters in discrimination, harassment and whistleblower matters. He can be reached at 310-474-1582 or msm@mcnicholaslaw.com.

How Does the Register of Overseas Entities Affect Your Firm?