Earlier this year, we heard from John Lau, an independent arbitrator, adjudicator and mediator, on the evolving environment for dispute resolution in the Hong Kong construction industry. Three months later, a significant legislative shift has been seen. 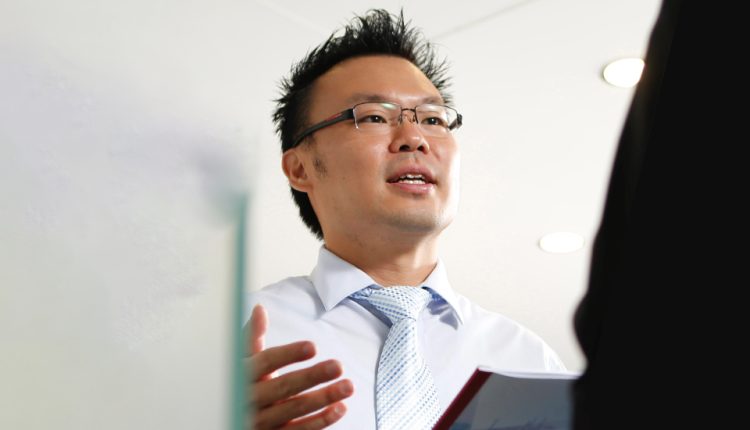 In this feature, we catch up with John and learn more about the current trajectory of construction sector disputes in Hong Kong.

When we last spoke, you raised the urgent need for a statutory adjudication system in the Hong Kong construction industry. Has there been any progress on this?

In our last interview, we discussed some important challenges facing the construction industry in Hong Kong, and its ongoing pilot programme of the proposed security of payment (SOP) legislation, with the new payment and statutory adjudication regime having been imposed to all public work contracts since 31 December 2021 – though this had yet to be rolled out to private contracts at the time. With the pilot regime having commenced for only a short period of time, the final timetable of its enactment remains uncertain at this stage. However, it is worth reviewing some interim practical issues and challenges arising out of the new pilot regime.

The first challenge is limited judicial oversight over the regime, given that it is imposed on contractual rather than statutory basis. Hence, there is no direct access to courts to enforce or challenge an adjudication decision, such as in jurisdictional challenges in cases of an adjudicator’s ultra vires act or a lack of due process during adjudication. As such, any disputes arising out of an adjudicator’s decision will still have to be resorted to existing dispute resolution provisions (commonly arbitration) in the contract.

Another challenge is related to the reformed payment mechanism. Under the new regime, a sub-contractor of any lower tier is now entitled to recover directly from the employer for any unpaid adjudicated amount, followed by its corresponding adjustment from payments due to main contractors. This has undoubtedly placed significant financial risks and burdens on main contractors in the event of payment failures down their sub-contracting chains. In addition, there is also limited availability of experienced local adjudicators, as adjudication is relatively new in Hong Kong. To date, the Registers of Adjudicator Nominating Bodies (ANB) are formed by four professional institutions with training and support ongoing for expanding the list.

There are unquestionably some uncertainties and hurdles along the road to long-anticipated legislative reform. However, I strongly believe the issues and challenges are not insurmountable and, provided the regime is operated as it is intended at every level, the Hong Kong construction industry is already a step closer to its eventual transition to a legislative regime.

Under the new regime, a sub-contractor of any lower tier is now entitled to recover directly from the employer for any unpaid adjudicated amount, followed by its corresponding adjustment from payments due to main contractors.

What are the trends in Hong Kong construction, and what does the new public budget portend for public construction investment in the city?

With many parts of the world now far along the path towards endemic COVID-19, Hong Kong remains one of the very few places with the toughest pandemic restrictions in the world since early February 2020. Such restrictions have unavoidably caused substantial impact with operation disruptions in the construction sector. To give a summary, safety and health measure were tightened, infected workers and close contacts were subjected to mandatory quarantine, construction activities were halted, material supplies were suspended and statutory approvals were delayed.

Most recently, the government responded to these hindrances by granting extension of time, for up to a maximum period of six months, to all public work contracts that were impacted by the latest (fifth) wave of the COVID-19 epidemic. Other measures were enacted to provide upfront certainty to contractors in shielding themselves from potential liquidated damages, so as to minimise unease and avoid disputes that may be generated by failing to meet the existing contractual deadlines. The government also pledged to meet a keen demand by the community for infrastructure, as well as land and housing, as soon as the epidemic stabilises.

In the recent 2022-23 Budget, the government, notably, has earmarked HKD100 billion for the implementation of infrastructure works as part of the Northern Metropolis Development Strategy, which involves a major development project along the boundary area of Hong Kong and Shenzhen of Mainland China, which aims to facilitate integration into the overall development of the country in coordination with Shenzhen and the Greater Bay Area. A portion of the budget has also been set aside for advancing the development table of the HKD500 billion Lantau Tomorrow Vision, a massive land reclamation plan of artificial islands, and its related key projects.

Provided the regime is operated as it is intended at every level, the Hong Kong construction industry is already a step closer to its eventual transition to a legislative regime.

In previous policy addresses and budgets, other ongoing and committed public construction investments have included the first and second 10-Year Hospital Development Plans (totalling HK$500 billion) and planning of transport infrastructure including a series of major urban and cross-boundary railway projects. The new public budget provides a positive outlook for the Hong Kong construction industry with trillion-dollar public construction investment in the pipeline, and the next decade is poised to be an exciting time in the construction sector. It transpires that activities likely to cause construction-related disputes are also rising steeply.

Beyond the proposed statutory adjudication, what other new developments have there been in the Hong Kong construction industry?

There are currently two proposed legislative reforms that affect the Hong Kong construction industry. Firstly, there is the Arbitration and Legal Practitioners Legislation (Outcome Related Fee Structures for Arbitration) (Amendment) Bill 2022, which seeks to amend the Arbitration Ordinance (Cap. 609) (‘AO’) and the Legal Practitioners Ordinance (Cap. 159) (‘LPO’), with the view to removing the prohibitions on the use of certain outcome-related fee structures (ORFS) applicable to construction arbitrations and related court proceedings. Secondly, there is also the proposed safety and health reform, namely the Occupational Safety and Occupational Health Legislation (Miscellaneous Amendments) Bill 2022, which seeks to enhance their deterrent effect through increasing the penalties for inadequate protection of workers.

What is new from the perspective of construction arbitration and fees?

In 2019, Hong Kong passed legislation on third-party funding for Hong Kong-seated arbitration and local services provided for arbitration seated outside Hong Kong. The effect of this legislation was that that the common law doctrines of maintenance, champerty and barratry no longer apply to arbitration. However, ‘no win no fee’ arrangements remain prohibited in Hong Kong. With increased arbitration funding options, construction claims may have since been on the rise as accessibility to third-party funding now allows meritorious claim to be brought by, for examples, claimant sub-contractors, who have not been able to without such financial support. When a claimant is funded, it may help discourage oppressive interlocutory applications by defendants due to the claim’s perceived strength, hence promoting settlement.

The proposed legal reform on ORFS now seeks to lift the prohibitions by enabling flexible fee arrangement, i.e. outcome-related contingency, damages-based or hybrid fee agreements to be in place for arbitration in Hong Kong.

By the same token, how will the government’s proposed legislative reform of health and safety impact the construction sector?

The proposed legislative reform seeks to amend the Factories and Industrial Undertakings Ordinance (Cap. 59) (‘FIUO’), the Occupational Safety and Health Ordinance (Cap. 509) (‘OSHO’) and the subsidiary legislations by increasing the maximum penalties and imprisonment terms for offences committed by proprietors of industrial undertakings, employers or occupiers of premises. It will also require the courts to take into account the business turnovers of wrongdoers convicted on indictment in determining the level of fines to be paid, with the allotted time where prosecution for a summary offence or an indictable offence remains triable summarily extended from six months to one year.

It remains to be seen whether these new changes, if enacted, will lead to the intended reduction of industrial accidents through the enhanced deterrent effect of increasing maximum penalties. One significant impact among the others is that operational costs of all contractors are likely to be higher, owing to an increase in insurance premiums as a direct result of associating the level of fines with business turnovers. There is no doubt that the costs will be raised, resulting in increased tender prices.

Do you have any personal predictions for what might be seen in 2023 and beyond?

Both the bills were introduced into the Legislative Council in March and May 2022 respectively and are anticipated to pass into law by 2023. Rumour has it that the proposed security of payment legislation will be discussed in the Council in early 2023 for enactment later on in the year.

Beyond local construction into large-scale cross-region infrastructure investment, Hong Kong shoulders the responsibility in the country’s Outline Plan for the Greater Bay Area in becoming an international legal and dispute resolution centre in the Asia-Pacific region. This will support the country in global governance, such as by supporting the Mainland China and overseas enterprises for ‘coming in’ and ‘going global’ under the Belt and Road Initiative. It is envisaged that further reforms and development will continue to take place to bring the jurisdiction into line with the plan and provide new opportunities in Hong Kong.

John Lau is a Chartered Civil Engineer, a Chartered Structural Engineer, and a Chartered Surveyor with over two decades of experience in the construction sector. He is trilingual in English, Mandarin and Cantonese, and is an independent mediator, adjudicator and arbitrator who is on the panels of various leading alternative dispute resolution bodies. He is a Fellow of the Chartered Institution of Arbitrators, a Fellow of the Institution of Engineers Australia and a Fellow of the Royal Institution of Chartered Surveyors. He holds two masters’ degrees in law, both with distinctions and is active in dispute resolution matters – being conversant with arbitration, adjudication, mediation and other ADR methods – coupled with his solid knowledge in construction law and in-depth engineering practitioner experience.