ADR and Statutory Adjudication in the Hong Kong Construction Industry

As a fast-developing city, Hong Kong is fertile ground for both a flourishing construction sector and all the disputes that can arise from it. 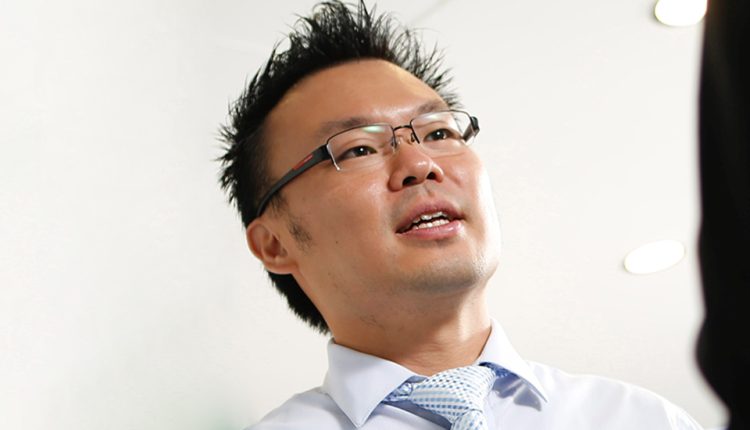 What legislative steps is Hong Kong taking to curb a rise in construction-related litigation? John Lau offers his expert insight on the construction climate in the nation and how ADR is being used to combat these new challenges.

What are the typical challenges facing the construction industry in Hong Kong?

Let me first set the scene by saying a few words about the history of Hong Kong.

Most recently, on 1 July 2022, Hong Kong has marked the 25th anniversary of the city’s handover from British to Chinese rule. For over 150 years, Hong Kong had been a British colony. In 1997, Hong Kong’s sovereignty was transferred back to China under the “One Country, Two Systems” agreement in the 1984 Sino-British Joint Declaration. As such, Hong Kong has retained its pre-existing legal system, making the city the only common law jurisdiction within China. The five bodies of law, namely contract law, tort law, criminal law, the law of restitution and legislations therefore still remain as the basis of construction law in Hong Kong.

Most standard forms of private or government contracts, however, only provide for post-project completion arbitration provisions, which tend to prohibit parties from resolving their disputes as and when they arise. This often results in entrenched views, with a damaged relationship leaving both parties, particularly the contractor, without remedy for many years. This is of particular concern as activity likely to cause construction-related disputes is on the rise.

Most recently, on 1 July 2022, Hong Kong has marked the 25th anniversary of the city’s handover from British to Chinese rule.

Typical challenges are the lengthy duration needed for resolving disputes over unfair payment terms, payment delays and others, which generally cause widespread issues on cashflow – described by Denning LJ in Modern Engineering (Bristol) Ltd v Gilbert-Ash (Northern) Ltd (1973) as being the “very lifeblood” of the construction industry. Recognising the fundamental legal principle of “justice delayed is justice denied”, with the delay constituting the entire construction duration and the period of the dispute resolution process, it is advocated that parties to a construction contract should be given the right to have their disputes dealt with as soon as they emerge during the project.

What forms of ADR are typically preferred in this sector, and why?

The ADR scene in Hong Kong construction sector traditionally prefers arbitration over litigation because of its time efficiency, costs, confidentiality and worldwide enforcement regime under the New York Convention (1958). This is particularly relevant for disputes involving international parties, such as overseas contractors or clients, in which they can enforce an arbitration award abroad much easier than a local court judgement. Hong Kong’s current Arbitration Ordinance, AO (Cap 609) replaced the previous AO (Cap. 341) in 2011. It applies to all arbitration seated in Hong Kong and is based on UNCITRAL Model Law with its amendment adopted in 2006. It states clearly the role of Hong Kong court in supporting and supervising arbitration.

It is worth noting that there is also the specialist Construction and Arbitration List of the Hong Kong’s Court of First Instance (CFI), which is a mechanism by which all construction litigation or arbitration-related litigation (such as applications for interim measures, enforcement actions, etc.) are referred to a dedicated judge in charge of the list. The Hong Kong court has since demonstrated itself to be independent and adopted a pro-arbitration approach in its judgements. The pro-arbitration approach is affirmed in the Court of Final Appeal decision Xiamen Xinjingdi Group Co Ltd v Eton Properties Limited & Ors. HKCFA (2020). Arbitration in Hong Kong therefore takes the lion’s share of construction disputes because of the efficacy of arbitration and rule of law in the city.

The ADR scene in the Hong Kong construction sector also encompasses a range of other ADR methods, such as negotiation, conciliation, mediation, adjudication, expert determination, or a hybrid mode in dealing with construction disputes. Other specific forms, intended for dispute avoidance, are the Dispute Review Boards (DRB) that was piloted for the airport core programme in the 1990s and the Dispute Resolution Advisor (DRA) that is implemented in public projects.

Since the Civil Justice Reform in 2008, followed by the enactment of Mediation Ordinance (Cap. 620) in 2013, mediation of construction disputes has since gained in popularity because mediation is legislated as a process ancillary to the Hong Kong court process. Following the 2018 Singapore Convention, mediation has taken a larger share as a preferred form of ADR for resolving construction disputes prior to instigating the arbitration process. This has been incorporated in dispute resolution provisions in various standard forms of contract.

What should parties and legal counsel keep in mind when opting to address a construction dispute through ADR?

When considering ADR options, parties should work closely with their legal counsel to prioritise the intended outcome – bearing in mind that, in the commercial world, winning at all costs is not always a real victory, as one could have “won the battle but lost the war”. Sometimes, a sound business judgement may be made through compromising on a dispute. Parties should always keep in mind that the ultimate goal is to resolve the dispute in a quick, efficient, and cost-effective way, to preserve future business relationships, and to be able to focus resources on the core business.

Please tell us about the proposed introduction of statutory adjudication in the Hong Kong construction sector. What progress has been made on legislation in this area?

Having been introduced in the UK by the Housing Grants, Construction and Regeneration Act 1996, statutory adjudication has since been legislated by many countries, such as Ireland, Australia, New Zealand, Malaysia, Singapore and Canada. In Hong Kong, there have been voices in the construction sector advocating for the introduction of a similar legislation to improve payment practices and provide rapid resolution of payment disputes. In 2011, an industry-wide survey was conducted, followed by a consultancy study commissioned by the government with establishment of a working group formulating a framework for the construction industry on the proposed legislation, namely security of payment legislation (SOPL). Having received feedback from public consultations conducted in 2015 and the task force for preparing the legislative proposal, the SOPL framework and its scope of application were formulated in a draft SOPL Bill.

Since 2020, a dedicated working group was also formed to revise the conditions of public works contracts to align with the SOPL framework. In October 2021, the government first rolled out a pilot programme through incorporating the SOPL regime in all new public works contracts going to tender after 31 December 2021, with a view to facilitating swifter introduction of SOPL through the experience collated from public works contracts. The pilot programme is intended to provide both the government and the industry with an opportunity to test the regime and to identify improvements concurrent with the finalisation of the SOPL. This has now paved a way towards the long-awaited legal reform of the Hong Kong construction sector. Watch this space!

Why is a statutory adjudication regime urgently needed?

The construction industry is very vulnerable to payment problems, with reported total outstanding payments exceeding HK$20 billion. In addressing the known serious issues (such as withheld payments, adversarial working relationships and lengthy and costly dispute resolutions) plaguing the Hong Kong construction sector, statutory adjudication is now the key to SOPL in regulating payment practices by imposing payment rights and providing a system to protect cash flow in the construction industry. It provides an effective means to arrive at an interim binding decision from an independent third party, i.e. an adjudicator, on a construction dispute during the course of the project. Following that is the contractor’s entitlement to be able to suspend or reduce the project’s rate of progress if the adjudicated amount is not paid when due. Any unfair payment provisions (such as “pay when paid”) are also rendered ineffective and unenforceable.

John Lau is a Chartered Civil Engineer, a Chartered Structural Engineer, and a Chartered Surveyor with over two decades of experience in the construction sector. He is an independent mediator, adjudicator and arbitrator who is on the panels of various leading alternative dispute resolution bodies. He is a Fellow of the Chartered Institution of Arbitrators, the Institution of Engineers Australia and the Royal Institution of Chartered Surveyors. He holds two masters’ degrees in law, both with distinctions and is active in dispute resolution matters – being conversant with arbitration, adjudication, mediation and other ADR methods – coupled with his solid knowledge in construction law and in-depth engineering practitioner experience.