The Development of Arbitration in Hong Kong

There have been several important developments in the arbitration scene in Hong Kong, including new measures allowing parties to Hong Kong arbitral proceedings to seek interim relief from Mainland Chinese courts. 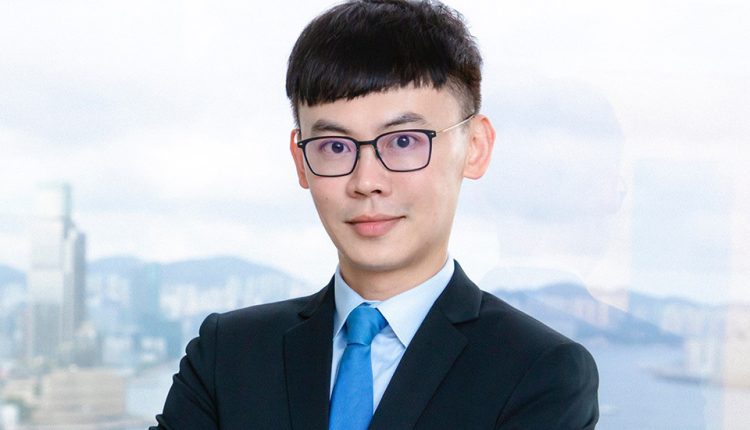 In this article, independent arbitrator Joe Liu explores these developments and more unique facets of dispute resolution in Hong Kong.

Can you please give an overview of the legal framework governing arbitration in Hong Kong?

Arbitrations seated in Hong Kong are governed by the Hong Kong Arbitration Ordinance (Cap 609) (‘Ordinance’). The Ordinance provides a modern and sophisticated legal framework for arbitration that is based on the latest version of the UNCITRAL Model Law and has been updated regularly to reflect international best practice.

The Ordinance contains 112 articles and four schedules. These provisions deal comprehensively with matters from the commencement of an arbitration to the issuance of the arbitral award, and limits court interference to areas expressly provided for in the Ordinance.

The Ordinance adopts a unitary regime that applies to both international and domestic arbitrations. The Hong Kong International Arbitration Centre (‘HKIAC’) is the default appointing authority under the Ordinance. Unless the parties have designated another appointing authority, HKIAC determines the number of arbitrators and appoints arbitrators or mediators in the circumstances specified in the Ordinance. The Ordinance also includes express provisions on the confidentiality of arbitration and related court proceedings, the enforceability of emergency arbitrator relief, the use of third-party funding in eligible proceedings, the arbitrability of intellectual property disputes, and several opt-in provisions that permit greater involvement of the Hong Kong courts.

Are there any recent developments in Hong Kong arbitration that are worth noting?

By virtue of the interim measures arrangement between Hong Kong and Mainland China that came into force on 1 October 2019 (‘Interim Measures Arrangement’), Hong Kong has become the first jurisdiction outside of Mainland China in which parties to eligible arbitral proceedings may seek interim relief from Mainland Chinese courts. The Interim Measures Arrangement is a strategically and practically important mechanism that can be used to preserve assets, evidence or conduct of the counterparty in Mainland China. This was previously only possible in respect of arbitration on the Mainland but has now been made available to arbitration in Hong Kong. The Interim Measures Arrangement has generally worked well in practice. At the time of this article, the HKIAC has processed 82 applications made to 26 different Mainland courts and seen 52 orders made in respect of those applications. 48 of those orders granted the applications preserving assets valued approximately $2.1 billion in total.

There have been several important developments regarding Hong Kong arbitration in recent years.

Another significant development is the enactment of legislative amendments to allow outcome-related fee structures (‘ORFS’) in arbitration and related proceedings in Hong Kong. These amendments offer greater funding flexibility for users of arbitration by legalising three types of ORFSs, namely conditional fee agreements, damages-based agreements and hybrid damages-based agreements, with appropriate safeguards. The amendments are expected to come into force later this year and further details of the new OFRS regime will be fleshed out by subsidiary legislation. Hong Kong’s OFRS regime complements its third-party funding regime, which has been fully effective since February 2019 and enables Hong Kong to offer a wide range of funding options to users of arbitration.

You have worked in arbitral institutions and private practice before and you are now an independent arbitrator. What has been your experience with Hong Kong arbitration in those roles?

I have been involved in Hong Kong arbitration as counsel, tribunal secretary, case management supervisor at the HKIAC and in other roles. My overall experience is that arbitration in Hong Kong is a highly flexible process with multiple procedural options for managing and streamlining the proceedings. The length and costs of a Hong Kong arbitration depend largely on your use of counsel, choice of arbitrator, management of legal fees, and adoption of proper strategy, procedural mechanisms, technology and funding options for the process. Some arbitrators and counsel tend to run all arbitral proceedings in a particular manner. I think it is important for arbitrators and counsel to think innovatively and devise the process for determining issues in a manner that is most suitable and cost-saving for each case.

Hong Kong has become the first jurisdiction outside of Mainland China in which parties to eligible arbitral proceedings may seek interim relief from Mainland Chinese courts.

You recently left the HKIAC to become an independent arbitrator. Tell us about your new role and what sorts of disputes you are most suited to handling.

I have set up my own practice as an independent arbitrator and I am available for appointments in arbitrations seated in any jurisdictions and under any arbitration rules. I have experience in sale of goods, commodity, corporate, investment, banking, energy and technology disputes under a variety of governing laws, including Chinese, English, Hong Kong, Indian, Singapore and New York laws. I am also available for appointments in domain name disputes and have experience in proceedings under the Uniform Domain Name Dispute Resolution Policy and the CNNIC Domain Name Dispute Resolution Policy. I am able to conduct proceedings in English, Chinese or both languages.

How have your own past professional experiences equipped you to work as an arbitrator?

My past experience in arbitral institutions and private practice give me the skills and confidence to work as a full-time arbitrator. During my time at HKIAC, I gained insights on the institutional rules and practice, oversaw the administration of a large amount of cases, worked with numerous arbitrators including some of the world’s most eminent arbitrators, and observed how they worked and determined cases. Similarly, my experience at the Singapore International Arbitration Centre (‘SIAC’) was also valuable as I was closely involved in case management and dealt with procedural matters on a daily basis. In addition, I worked on multiple complex and high-value arbitrations at Allen & Overy. Those experiences honed my skills to think, write and speak as a lawyer who is able to run cases in an efficient, competent and professional manner.

I believe the combination of my institutional and private practice experiences in multiple jurisdictions and my language skills will be beneficial to my arbitrator career.

Joe Liu is an independent arbitrator and domain name panelist with a wealth of experience in international dispute resolution. He is able to draw upon insights gained from work in a global law firm and several major arbitral institutions, including experiences gained as the Acting Secretary-General and Deputy Secretary-General at the Hong Kong International Arbitration Centre (HKIAC). Able to conduct proceedings in English, Cantonese or Mandarin, Joe has particular expertise in representing parties in high-value and complex disputes.