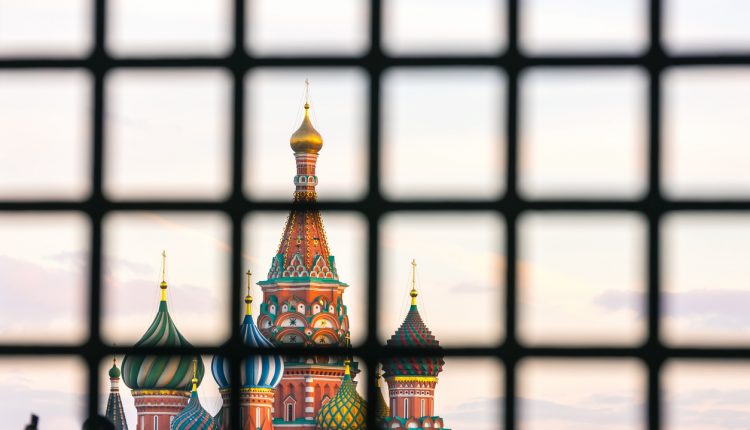 According to Nick Panes, Vice President at CRA’s RIA practice, Russia’s invasion of Ukraine has highlighted the importance of knowing your entire supply chain – whether direct or indirect. New legislation passed as a result of the conflict has made it easier for governments to sanction individuals – potentially exposing law firms associated with these individuals to economic repercussions.  In this article, Nick argues that law firms need to reassess their supply chains through a new lens of risk management.

It is only recently that the concept of supply chains has made its way into general boardroom discussion. Up until now, debates around supply chains have been reserved for certain sectors – such as the garment and manufacturing sectors – and even then, its visibility, further than one or two steps past the direct supplier in the production process, has been limited.

However, due to a combination of factors, including social media activism drawing interest to socially conscious investing, and increased public awareness, this has changed. The prior narrow view of supply chains, where companies were only aware – and only responsible for – direct partnerships, has disintegrated.  A change in approach has been strengthened by new regulations demanding that businesses operate with more care for society and for the environment.

Adding further momentum to this change, the COVID-19 pandemic was a wake-up call for many on the importance of supply chain management and effectively highlighted the importance of understanding your supply chain from end to end. After years of relying on the interconnectedness of global supply chains, national lockdowns slowed, or in some cases halted, the flow of raw materials and finished goods, disrupting manufacturing.

The war in Ukraine has further shone a light on our global supply chain dependencies and, by extension, vulnerabilities. New laws imposing sanctions on individual actors have resulted in many firms stalling operations in Russia, or in some cases cutting ties altogether, a shift which comes amidst mass physical disruptions and threats to the world’s food and energy supplies, all caused by the conflict.

In the face of an evolving landscape, continuously evaluating risk exposure (and appetite) is key to enabling effective risk management – and supply chains must be remembered as an extension of one’s firm. Being able to make informed decisions requires a constant critical analysis of the regulatory parameters you operate within and your networks. The new context in which businesses are functioning could expose relationships that had previously been within risk thresholds but may now breach them.

The rapidly shifting regulatory landscape is an increasingly important part of finding this equilibrium. In addition to the US Uyghur Forced Labor Prevention Act, which comes into effect this June, and a raft of new regulations in several European states focusing on transparency and human rights, two newly proposed regulations – the Corporate Sustainability Due Diligence Directive in Europe (EU Directive) and the Fashion Act in the US – are further evidence of the changing dynamic.  Both regulatory regimes would require companies to account for any adverse impacts throughout their supply chains and to provide greater transparency than ever before in their production partnerships.

It is now more important than ever for law firms to analyse their supply chain operations through the lens of risk management.

Earlier this year, the European Union unveiled its plan to address the fragmentation of regulations in the region – the EU directive. If it comes into force, all EU companies with more than 500 employees and a turnover of €150 million – which will be applicable to many law firms – (with the exception of those where more than 50% of turnover comes from an industry where the risk of exploitation is higher, like fashion, agriculture or mining, in which case it applies to companies with over 250 employees and turnover of €40 million), would be required to integrate due diligence procedures to identify adverse human rights and environmental impacts, as well as to develop programmes to monitor their effectiveness. Furthermore, companies will also be mandated to establish a procedure for processing complaints, and “publicly communicate due diligence.”

Compliance would be overseen by national administrative bodies appointed by EU Member States, with penalties for noncompliance ranging from fines, exclusion from public tendering and procurement opportunities and import bans, to other administrative sanctions or civil liabilities.

Meanwhile, in the US, the Fashion Sustainability and Social Accountability Act (or Fashion Act) was unveiled by two New York State legislators, backed by a coalition of fashion and sustainability non-profits.  If passed, the Act would require companies operating in New York State in the apparel and footwear industries with global revenues of at least $100 million to map out at least 50% of their supply chain. The Fashion Act would hold the biggest brands to account for their downstream networks.

The aim of both the EU Directive and the Fashion Act is to acknowledge and comprehensively address gaps in existing regulation, focusing on the risks that stem from suppliers and third-party relationships. Until now, the lack of harmonisation between legal frameworks has resulted in fragmented regulation, forcing countries or states to develop their own and often inconsistent guidelines. In addition, many law firms operate in multiple countries, so having awareness of the differing regulations where they operate is imperative.

While both are still likely at least a year away from implementation, these pieces of legislation reflect growing public and regulatory sentiment to hold companies accountable for their entire global footprint and represent an acceleration towards greater transparency. Understanding your supply chain and partnership networks will be critical to staying on the front foot of evolving rules regarding issues including corruption, labour conditions and environmental protections.

Irrelevant of industry or size, companies are best advised to actively manage their supply chains and understand that risk management cannot be confined to a static, archived document. If we are to effectively manage and mitigate risk, our approach must evolve in tandem with the constantly evolving global and regulatory risk landscape that we operate within.