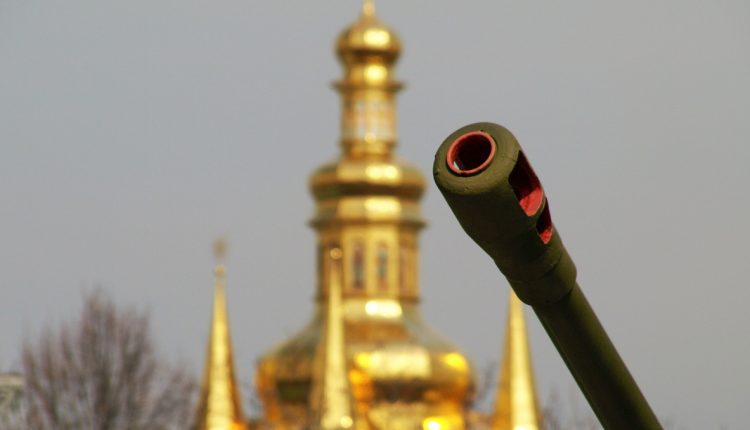 Since Russia invaded Ukraine on February 24th, concerns have been raised that war crimes are being committed, with Amnesty International accusing Russia’s military of carrying out “indiscriminate attacks” on Ukrainian people. But what exactly constitutes a war crime? And how do war crimes differ from crimes against humanity?

What Is A War Crime?

The term “war crime” refers to any serious breach of international humanitarian law committed against enemy troops or civilians during a conflict. Such crimes predominantly stem from the Geneva Conventions (1949) as well as their Additional Protocols (1977), the Hague Conventions (1899 and 1907). War crimes include:

What Are The Key Elements Of A War Crime?

What exactly counts as a war crime is somewhat ambiguous, partly due to this definition varying depending on whether the conflict in question is international or not. However, according to the United Nations, war crimes contain two key elements. Firstly, the contextual element: “the conduct took place in the context of and was associated with an international/non-international armed conflict”. And, secondly, the mental element: “intent and knowledge both with regards to the individual act and the contextual element.”

How Do War Crimes Differ From Crimes Against Humanity?

Have War Crimes Been Committed In Ukraine?

Shortly after Russia invaded Ukraine, ICC Prosecutor Karim Khan announced he would be launching an investigation into whether Russia was guilty of committing war crimes:

“Last Friday, I expressed my increasing concern, echoing those of world leaders and citizens of the world alike, over the events unfolding in Ukraine. Today, I wish to announce that I have decided to proceed with opening an investigation into the Situation in Ukraine, as rapidly as possible […] I have already tasked my team to explore all evidence preservation opportunities. The next step is to proceed with the process of seeking and obtaining authorisation from the Pre-Trial Chamber of the Court to open an investigation. An alternative route set out in the Statute that could further expedite matters would be for an ICC State Party to refer the situation to my Office, which would allow us to actively and immediately proceed with the Office’s independent and objective investigations. […] I will continue to closely follow developments on the ground in Ukraine, and again call for restraint and strict adherence to the applicable rules of international humanitarian law.”

The shelling of a maternity hospital in Mariupol and a bread factory just outside of Kiev are two early examples of civilian objects being destroyed by Russia’s troops. Since, Human Rights Watch (HRM) has issued a statement saying it had discovered “several cases of Russian military forces committing laws-of-war violations” in Kiev, Chernihiv, and Kharkiv. The HRM’s statement came just one day after civilian bodies were found scattered through the streets of Bucha, three days after Russian troops withdrew from the city. Russia’s defence ministry, however, has denied claims that its forces killed civilians.

For A Court To Determine

The evidence that Russian military forces are guilty of war crimes appears strong thus far. However, whether or not Russian troops, and/or Russia’s president, are guilty of such crimes will ultimately be for a court to determine.