The use of asbestos in construction and industry has fallen off sharply since the twentieth century. Yet, despite the substance’s acknowledged carcinogenic properties, asbestos can still be found in many imported products. 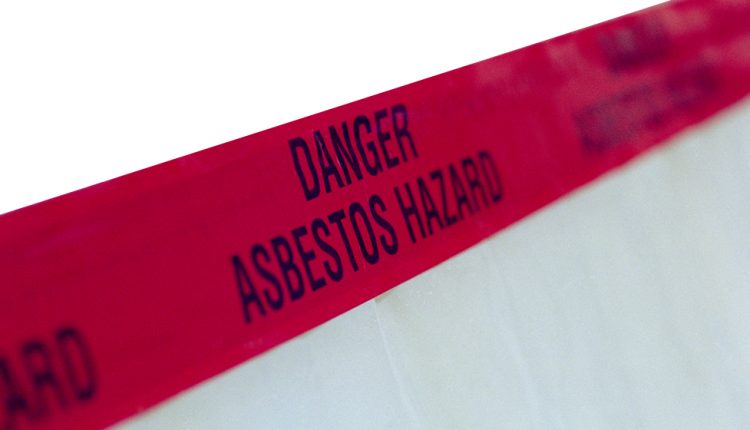 Below, Miguel Leyva explains the history of asbestos use in the United States and ongoing legislative efforts to ban the practice entirely.

Many people in the United States assume that asbestos was entirely banned decades ago. Sadly, the reality of legislation around this dangerous carcinogen is much more complicated. Even though asbestos is no longer mined in the United States and its usage has decreased dramatically, asbestos-containing construction materials such as gaskets and roofing materials can still be found in the US.

Companies continue to legally import hundreds of tons of raw asbestos as well as contaminated roofing products, gaskets, and friction products that contain asbestos. It can still be found in homes, schools, and workplaces. In fact, according to the research published in 2021 by the United States Geological Survey (USGS), while asbestos imports into the United States have declined dramatically since the 1980s, there has been almost a 74% spike in imports between 2019 and 2020.

Between 1990 and 2019, more than 1 million people in the United States were harmed or died due to asbestos-related illnesses, which included lung cancer, laryngeal cancer, ovarian cancer, and mesothelioma, the most well-known and deadly asbestos-related cancer and most challenging to detect.

Considering the hazardous risk that asbestos imposes, it is impossible not to ask what is being done and, most importantly, if we can expect to live in a completely asbestos-free nation in the future.

An overview of the asbestos use in the US

Asbestos’s fireproofing capabilities made it indispensable in various sectors, including the automotive, construction, manufacturing, power and chemical industries. Additionally, the US Army has used asbestos to prevent fires in virtually all military branches, especially in the Navy.

Many people in the United States assume that asbestos was entirely banned decades ago.

Increased consumption occurred in the US due to the population’s rising desire for cost-effective, mass-produced construction materials. Asbestos goods met that requirement. The US swiftly became the world leader in asbestos use, aided by a regular supply from nearby Canada. Although the outbreak of World War I, followed by the Great Depression, briefly curbed the exponential expansion of the asbestos business, World War II re-ignited that expansion. By 1942, the United States’ use of asbestos had climbed to around 60% of global output.

Consumption of asbestos in the US peaked in 1973 at 804,000 tons. Although medical proof linking asbestos exposure to various cancers was discovered as early as the 1930s, the federal government did not enact regulations restricting exposure until the 1970s.

Toxic asbestos, a carcinogenic mineral that has been widely utilised since the early 1900s, is one of the significant health risks that Americans have been exposed to for decades. Science has demonstrated for years that no quantity of asbestos is safe to be exposed to but, nonetheless, banning asbestos in the US has proven to be a difficult task. By the end of the 1970s, the call for stronger laws and change in the asbestos industry only became louder as the link between asbestos exposure and lethal illnesses became increasingly evident.

Before the 1989 partial asbestos ban, government authorities tried multiple times to curb its usage. The US government created the EPA to officially classify asbestos as a toxin, and the agency worked rapidly to allay public concerns about asbestos safety.

The first actions Congress took on the EPA’s advice were:

The EPA took a bold step in 1989 by implementing the Asbestos Ban and Phase-out Rule. The verdict would have gradually phased out all asbestos usage in the US. However, in 1991, under pressure from the asbestos industry, a federal court reversed this ruling, leaving only the portions that maintained the prohibition on all new asbestos products.

Toxic asbestos, a carcinogenic mineral that has been widely utilised since the early 1900s, is one of the significant health risks that Americans have been exposed to for decades.

Over 60 nations and territories have outlawed asbestos, but the business sector has consistently thwarted efforts to prohibit it entirely in the US. Although asbestos mining was forbidden in 2002, when the last asbestos mine in the US officially closed, it is still lawful to import and utilise tiny amounts of this toxic substance. Due to the lack of a comprehensive prohibition, certain items may legally contain up to 1% asbestos.

The EPA implemented the Significant New Utilize Rule (SNUR) in 2018, enabling businesses to use new asbestos-containing goods on an individual basis. Simultaneously, they released a new paradigm for evaluating chemical risk. However, the review method does not consider the possible consequences of exposure to chemicals in the air, ground, or water. The SNUR does not extend to new applications of asbestos, only to those that were allowed before 1989. It essentially stipulates that businesses may begin reusing asbestos in specific ways, but must first obtain clearance from the EPA.

Since 2016, the EPA has conducted asbestos risk assessments under the TSCA’s risk assessment methodology. Numerous legal challenges derailed the procedure, which put the status of asbestos risk evaluation in limbo for most of 2020. On 22 December 2020, a court in the Northern District of California ordered the EPA to close asbestos reporting “loopholes” in the CDR Rule and collect additional data on current asbestos usage.

The future of asbestos regulation in the US

Very little new legislation in this area has been enacted into law in the last decades. Unfortunately, bills to outlaw asbestos use in the US have likewise been voted down. Several provisions of the proposed legislation would have provided funds to assist persons suffering from asbestos-related ailments and to fund scientific studies that would further look into the link between asbestos exposure and cancer.

At the end of 2020, Congress appeared to be on the verge of accomplishing what the Environmental Protection Agency (EPA) had refused to do: pass the Alan Reinstein Ban Asbestos Now (ARBAN) Act, groundbreaking bipartisan legislation supported by nearly 70 co-sponsors, 18 attorneys general, and more than 30 trade unions and organisations that would have prohibited the commercial importation and use of all asbestos-containing products in the US once and for all. However, the measure was never permitted to pass through.

Very little new legislation in this area has been enacted into law in the last decades.

The EPA’s Final Risk Analysis for asbestos was scheduled to be completed by 2020. Still, the agency only issued the first portion, addressing 16 situations of asbestos use that include occupational or consumer exposure. This initial section does not address the issue that asbestos is still present in residential and commercial structures after decades of use. To this purpose, the EPA indicated that the second part of the preliminary study would be released in mid-2021 and will examine the problem of legacy asbestos and associated disposal. So far, only ‘Draft Scope of the Risk Evaluation for Asbestos Part 2: Supplemental Evaluation Including Legacy Uses and Associated Disposals of Asbestos’ has been made available. The EPA is required to publish a final Part 2 Risk Evaluation for Asbestos on or before 1 December 2024.

Also, in 2021, a federal judge ordered the EPA to adequately gather statistics on the quantity of asbestos utilized, manufactured, and imported into the US. The EPA and its administrator, Andrew Wheeler, were sued by the Asbestos Disease Awareness Organization and the State of California, respectively over their decision back in 2017 which stated that reporting is not needed for “naturally occurring chemical substances”. In refusing a petition to fix the loophole, the EPA stated that it is “informed of all existing asbestos usage” and that stronger reporting regulations would not yield new information. The court ordered the EPA to fix reporting loopholes and apply its enforcement powers against corporations who fail to record their asbestos use appropriately.

The future of the asbestos ban in the US is still uncertain. Representatives from Congress and other government leaders frequently speak about safeguarding our children and advancing environmental justice, but while raising awareness is good, action is more valuable. To do both, it is necessary to prioritise public health before private profit, address legal loopholes, and implement a full asbestos ban urgently.

Atraxia Law is a personal injury firm based in San Diego, California. The firm has historically obtained over $5.7 billion worth of payouts for injured parties and their family members.