7 Essential Functions Of A Corporate Lawyer

A company or corporation is a complex organisation that consists of multiple business, legal and financial concepts, devices, and relationships all rolled into one. The corporation, for example, is an agreement by the founders and the shareholders to set up a legal entity that’ll conduct their business operations. The corporation is also the employer of its worker, as well as the recipient of investors’ money. 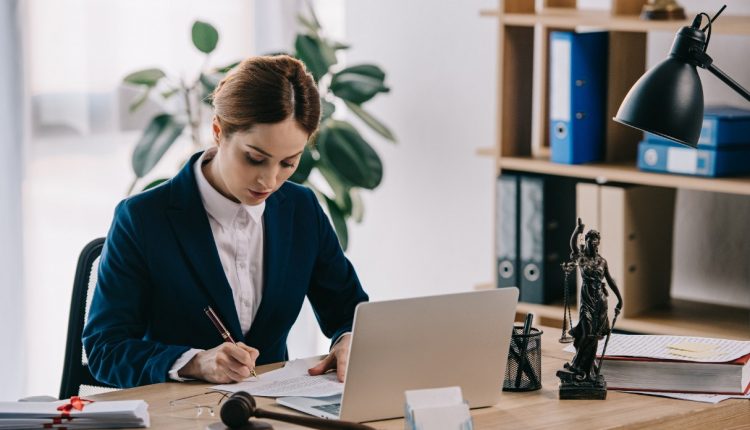 Aside from the day-to-day operations and regular activities of a corporation, most corporations interact with other corporations to explore the possibility of making deals and agreements. For example, a car manufacturing corporation with an assembly plant may receive a proposal from an electric battery manufacturing corporation to co-produce an electric vehicle. Another example is when an aeroplane and turbo engine manufacturer proposes to a car manufacturer to co-produce a flying car or electric hovercraft. These proposed business deals aren’t part of the day-to-day operations of a corporation. They’d be beyond the scope of ordinary corporate housekeeping.

One of the most inglorious but essential functions of a corporate lawyer is housekeeping. In corporate law, this refers to the responsibility of the in-house legal team to make sure that all the legal documents issued by the corporation and signed by its officers are in good order.

Housekeeping typically refers to documents that involve the day-to-day operations and regular activities of the corporation. Some examples involve the review of the company’s procurement contracts. When the corporation has to buy computers and other IT equipment, it’s going to ask suppliers to submit quotes and supply proposals. These proposals would most likely have to be run through the corporate counsel.

Other types of contracts that have to go through regular housekeeping are employment contracts, personnel expenses, and the hiring of other personnel and consultants. Most corporations already have ready-made contracts for all the contractual positions in their organisational structure. The budget for these positions was most likely previously approved by the Board of Directors in earlier Board Resolutions.

But when the human resources department (HRD) successfully hires and signs up a new employee, the employment contract of the new hire will have to be submitted to the corporate lawyer for housekeeping. The corporate lawyer and their staff will have to go over the contract and the attached documents to make sure that everything is in order and doesn’t violate any company policy or employment regulation. Once cleared, the employment contracts will be sent to the President or appropriate manager for their signature.

The main difference between a review and advice is that the scope of review covers the task of studying legal documents and instruments which have already been prepared and drafted. The text of the documents is almost done and the documents themselves are almost complete. But these documents have to be sent to the corporate lawyer so they can study the legal implications and ramifications if the corporation’s leadership and executive officers were to sign their consent and agreement to such documents.

On the other hand, the Board of Directors, as well as the executive leaders of the company, may ask the corporate lawyer to provide them with legal advice before they make a decision about the affairs and matters affecting the corporation. An example of this is when there are legislative proposals to pass new laws which would affect the operations and sales of the company. These things may not yet be contained in a legal agreement, but they’d certainly have an impact on the corporation’s viability and profits.

In the given example, the Board of Directors might be summoned to attend congressional sessions about proposals to give economic and financial incentives to manufacturers of electric cars. Before they go, they can ask the corporate lawyer to give them legal advice on what they can talk freely about when they speak.

Another example is when the government passes a new law that increases the employment benefits and mandates hazard pay for hospital employees and other healthcare workers who perform frontline roles in the COVID-19 containment and management services of the hospital. The hospital’s executive leadership and administration might ask the corporate lawyer to give them advice on the legal implications of such a new law to the operations and employment policies of the hospital.

A corporate lawyer also performs the function of a resident jurist of the corporation. They’re often asked by the executive leadership and management of the corporation to render their legal opinion and interpretation of pertinent court rulings, which might have an impact on the business and financial interests of a corporation.

The main difference between review and advisory is that review often entails specific legal documents and instruments covering specific tasks, activities, and transactions, which aren’t part of the day-to-day activities of the corporation. Advisory functions may involve providing advice about hypothetical scenarios or situations which haven’t yet arisen but may come up in the near future because of certain developments in the business industry or government regulations affecting the corporation.

On the other hand, the function of the corporate lawyer to provide their legal opinion and interpretation usually pertains to the legal developments in the judicial system. An example would be when a court decides on a case that doesn’t involve the corporation but covers certain issues which might have an impact on the business and financial interests of the corporation.

A specific example of this would be when a state Supreme Court hands down a ruling which affirms punitive damages imposed on a chemical production company for causing environmental damage to a certain community and life-threatening illnesses to the neighbourhoods surrounding its manufacturing plant. A chemical manufacturing corporation that isn’t involved in the case might ask their corporate lawyer to give them a legal opinion on the possible effects and implications of such a ruling to their core business interests and operations. 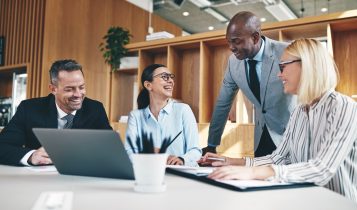 As part of corporate governance, a corporate lawyer might be tasked to review and evaluate the articles of incorporation as well as the constitution and by-laws of the corporation. There might have been earlier or recent changes in the statutes, government policies, and regulations affecting the industry to which the corporation belongs. It’s highly important that the basic legal documents of the corporation remain compliant with the statutory requirements and policy regulations of the government. An example of this is when the government passes a law that requires corporations to protect the private and confidential information of their patients, customers, or clients, as is the case of the passage of the Health Insurance Portability and Accountability Act (HIPAA). A hospital corporation has to review its basic corporate governance documents to make sure the accountability of its leadership and executive officers are aligned with the provisions of the HIPAA.

The corporate lawyer has to review the governance documents of the corporation to make sure that the accountability and legal effects contained in the law are reflected or given effect in its own basic documents. The corporate lawyer may propose any changes which may have to be done to comply with such laws and regulations. An example of this is the basic documents of the corporation governing the rights, roles, functions, and responsibilities of their employees. Another one is if the state or federal government passed a law or executive measures mandating all corporations to make sure their employees have the option to work from home.

The corporate lawyer may be tasked to conduct due diligence on the investment proposal of another corporation. An example of this is when a foreign investor proposes to a corporation to develop through a joint venture agreement (JVA), a piece of real estate owned by the foreign investor. Such a proposal can’t be satisfactorily evaluated just by looking at the legal documents and draft contracts.