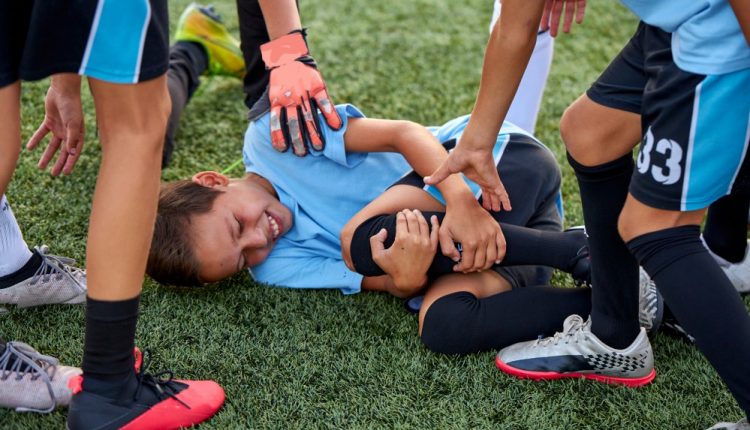 Regardless of this, whether you’re a guardian or a parent, seeing your child suffer in any manner is undoubtedly one of your worst fears. And as someone who cares for them deeply, you’d want to take matters into your own hands. To do that, you can start by opening a personal injury case.

What Are Personal Injury Cases?

Accidents are one of those things that cannot be avoided in a child’s life. It’s a bitter pill to take, but the truth must be told. If these ‘accidents’ turn out to be deliberate or triggered by something else than clumsiness, that’s where you step in.

Because of their young age, any severe damage could cause life-changing outcomes. Therefore, filing a personal injury case is an appropriate response, especially if this ‘accident’ involves another party. In general, there are many types of personal injuries. However, here are some specific—yet common—scenarios where your child could get harmed:

Be Mindful Of The Differences

Victims under 18 years of age aren’t allowed to file their cases. However, you as the adult related to them can do it instead. However, if you talk to an experienced lawyer from different law firms, they’ll all tell you the same thing: personal injury lawsuits involving minors are significantly more complicated than adult ones. Therefore, here’s what you’d expect once your child recovers and is ready to cooperate with the case:

1. Familiarise With The Minor

You have to deliver everything there is to know about the victim in this stage. Basic information, such as the name and date of birth, is expected to be provided. However, your relationship with the victim should be stated, as well. This way, not only will the child have someone they can trust nearby, but also for your lawyer to consider your accounts as a legitimate reference. It’s worth mentioning that you don’t have to be blood-related to have a close relationship with the child. As long as you’ve expressed concern, you’re allowed to start a case on the child’s behalf.

Now, this part is where things get complicated. As stated earlier, minors aren’t allowed to start a claim independently. While this helps the child remain somewhat at ease, emotions might rise when they’re not allowed to take a stand on their own.

Teenagers are bound to feel helpless when results don’t go their way, which could cause them to act out. Holding back on specific details and skewing the truth are some of what’s likely to happen without their cooperation. Inevitably, this pushes the investigation back.

As for children younger than 10 years old, although they’re much more cooperative, their memories might focus more on what they felt and experienced. However, since you’re more familiar with the victim, you’re tasked with relaying what kind of personality or mental health condition the child has. By working together, you’re likely to craft prompts that could get all the answers your lawyer needs from the victim.

Of course, despite your inclination with the child, you still need to delve deeper into where the accident occurred. If you weren’t there when it happened, further investigation is ideal to cover every ground, and even back up your case if needed more proof.

But what happens if you find out the child is the one at fault in the end? Since they’re still not at legal age yet, their parents (or legal guardian) will be held accountable, even if the victim is already a teenager. This could be concerning the negligence theory, wherein the parent was too careless of their child’s whereabouts which led to the accident. Although, it comes down to the court deciding if the child’s old enough to be responsible for their injuries.

3. Decide On A Settlement

Once both parties have proof of who is genuinely liable, they are meant to come to an arrangement. If your child is at fault and does not have insurance, you will be responsible for the settlement. If the other party is to blame, you may be able to accept their settlement on behalf of the kid.

But not so fast. Although this settlement is supposed to answer the damages brought on the child, it still has a limit depending on each state. Once the settlement goes over that limit, you must ask the court’s approval. From there, two scenarios may happen: the gross settlement was accepted and handed over to you, or it’s placed in a trust for safekeeping until the child turns 18.

If the court placed the settlement in a trust, you could still appeal for encroachment to receive the funds to pay for the bills resulting from the child’s injuries.

A child getting in harm’s way is always a heart-wrenching moment, even more so when that child is under your care. And because they’re still young, any injury they could’ve gotten might deal a heavy blow for the rest of their life. Because of this, it’s all in your hands to make a personal injury case that can somewhat alleviate the damage through just compensation.

6 Ways Hiring a Car Accident Lawyer Can Benefit You

Liability After a Car Accident