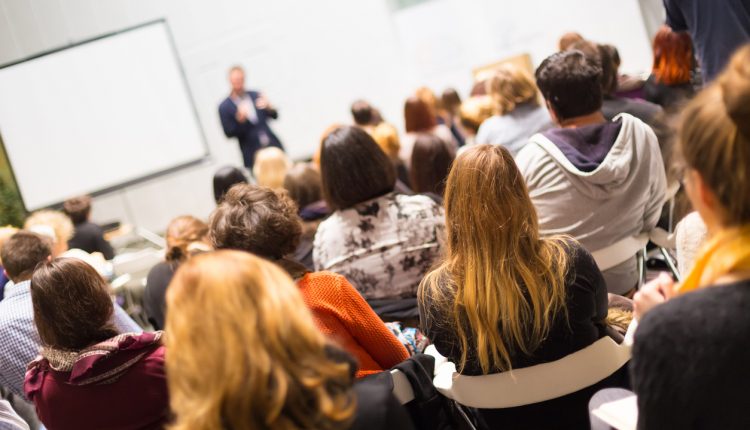 Bethany Yeiser, founder of the CureSZ Foundation, speaks to Lawyer Monthly about the importance of working with mental healthcare professionals and developing an understanding of how mental illness diagnoses and treatment options often intersect with the law.

When I was diagnosed with schizophrenia in 2007, I was certain my psychiatrist was wrong. I viewed schizophrenia as an emotional disease, a sign of personal weakness, and indicative of a flawed personality. I was unaware that schizophrenia is in fact a treatable disorder of the brain characterised by physiological changes in the prefrontal cortex and a chemically abnormal limbic system.

The initial antipsychotic medication that I took had severe side effects while not eliminating the voices in my mind. I discontinued this medication, which led to my second hospitalisation. Fortunately, the psychiatrist I met at the hospital threw me a lifeline: he explained that the right medication might enable me to return to my university studies.

Prior to schizophrenia, I was a biochemistry and molecular biology major and scholarship winner at the University of Southern California. The possibility of returning to school led me to become compliant with treatment.

I spent the next year trying different antipsychotics with very little success. The side effects of some of these medications included sleeping 16-18 hours a day, weight gain, muscle rigidity, anhedonia and akathisia. Finally, in 2008, I saw a new doctor, Henry Nasrallah, MD, who was passionate about my recovery, and willing to do whatever it took to get me back to life.

My hallucinations virtually disappeared when I began a medication called clozapine for treatment-resistant schizophrenia. In 2009, I enrolled at the University of Cincinnati where I completed my bachelor’s degree in molecular biology with a 3.83. In 2014, I published my memoir Mind Estranged, to document my journey from schizophrenia and homelessness to recovery. Dr Nasrallah and I established the CURESZ Foundation in 2016 to educate and help patients, families, healthcare professionals and the public understand schizophrenia and how to successfully cope with it and even recover from it.

The intersection of psychiatry and the law

One of the first people to read my memoir was a University of Cincinnati Law School Professor. This professor invited me to share my journey with his law students studying the intersection of psychiatry and the law, every fall semester. According to the American Bar Association, law firms value “soft skills” and being able to hear from someone with lived experiences first-hand may help law students empathise with this community, improve their sought-after skills and prepare for their professional work. I’m fortunate to help his students navigate such a complex and nuanced space and have been pleased to meet with his students eight times. There are several key messages I share with his students every year. Here are a few:

1. Schizophrenia is a disorder of the brain and a physical problem

People with schizophrenia generally need an antipsychotic throughout life to correct the chemical imbalance inside the prefrontal cortex and in the limbic system. There is usually no diet, exercise regimen or other life changes that can wholly eliminate psychotic symptoms such as delusions and hallucinations.

2. People with schizophrenia cannot overcome their illness by willpower

I remember attending a dinner party years back where a law student suggested that people who hear voices are culpable for their behaviour because they can choose to do what the voice is saying or choose not to. This was not my experience. If I had been able to simply ignore the voices in my mind, I may have never been diagnosed with schizophrenia.

3. People with schizophrenia generally do not belong in jails and prisons

Though they are vastly overrepresented. In 2006, after dropping out of the University of Southern California, I found myself wandering aimlessly around the campus, homeless, looking for discarded food to eat. I was delusional and convinced that since I would win a Nobel Peace Prize, become a prophet and be awarded billions of dollars, I was welcome to search for discarded food. On October 16-18, 2006, I found myself in jail for allegedly trespassing on the same campus where I had once attended classes.

My experience in jail was different from anything I had imagined. I was locked in a cell made for one or two women, with three or four other people. Most of the rooms where I was incarcerated were pitch dark. I remember having fifteen minutes to sit in a small room with some translucent light coming through the roof, before being taken back to the cell with no light. And despite being acutely psychotic while incarcerated, I was never evaluated or offered mental health services.

4. There is hope for people with schizophrenia

When I was picked up by police on March 3, 2007, and taken to a hospital for the first time, my doctor determined that I was permanently and totally disabled after observing me for about 36 hours. He predicted I would never work again, attend college classes, or live independently.

The belief that persons with schizophrenia do not recover is prevalent in the public, and unfortunately, I have seen it in the medical community and even among psychiatrists. The assumption is that people with schizophrenia generally do not recover so why put forth the effort? My first psychiatrist never even considered underutilised and cutting-edge medications. But today, there is hope. My recovery is not the exception to the rule. The CURESZ Foundation features 32 stories of people thriving despite schizophrenia, and there are so many others I have yet to meet.

Lack of schizophrenia education is prevalent in our society, and it is imperative that we communicate relevant information to our medical students and law students. Every medical and law student should know that people with schizophrenia are ordinary people afflicted by a biological illness with the potential to recover.

My hope is that we will raise up a generation of leaders who will better understand the mentally ill population, reject labels and stigma, and fight for justice for the marginalised.