5G And FRAND: Licenses Key To A Future Of Innovation 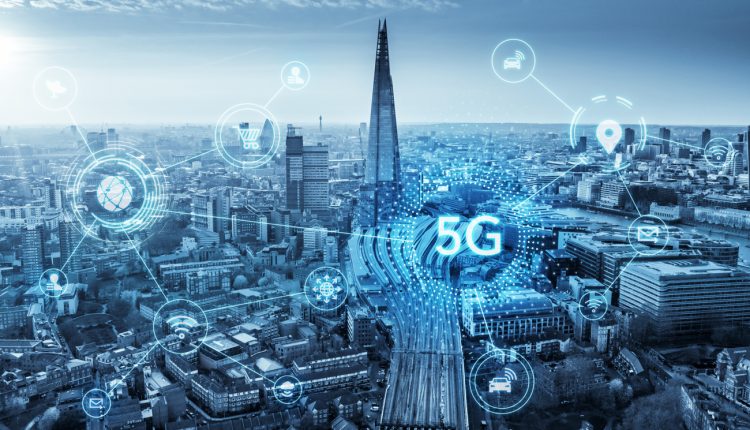 Although consumers may feel they are yet to feel the transformative impact of 5G, the infrastructure underpinning its wider rollout is being developed quickly and on a significant scale. With such development, we are quickly approaching the much-heralded 5G era, where we will see more of the opportunities from 5G come to fruition. As a result, the digital ecosystem will become available in many more corners of everyday life.

5G in the health industry

This has major implications for the health industry. The sheer network speeds enabled by 5G, and the interoperability between devices it allows means there is potential for the benefits of cutting-edge medical innovations to be distributed far wider than ever before.

What sets 5G apart from previous broadband standards is extremely low latency speeds. In theory, robotics could be controlled from long distances with just 0.1 seconds of delay. In a health tech context, this means surgery could be performed by a highly-skilled doctor anywhere in the world. This could have significant benefits for less-developed countries or isolated areas, where patients typically may not have access to the level of expertise required.

However, this requires infrastructure to be in place at a scale we are far from achieving. The 5G network requires many more base stations per square mile than previous generations of cellular technology. The technical capabilities already exist. As Huawei proved in 2019, performing the first live experiment with 5G-enabled surgery on an animal. Huawei reported that the operation achieved “neat” surgical wounds with “no trace of blood in the whole process”, while the animal’s vital signs were stable following the procedure.

Of course, the potential within healthcare is not limited to surgery. We could see 5G-connected ambulances on the market within years, which could transform the scale of care that can be offered on the road before a patient reaches the hospital. For instance, paramedics could send 360° images to hospitals in real-time, where experts could instantly review a patients’ medical histories, and thus be enabled to make treatment decisions much quicker and more efficiently.

Whilst many businesses from a variety of industries will be excited to utilise 5G networks, they will need to get to grips with a complex part of intellectual property law, known as fair, reasonable and non-discriminatory (FRAND) licensing in order to do so prudently.

The fundamentals of cellular technologies such as 5G are laid down in standards acting as a blueprint for how the technology works. These standards are formed of technical contributions and innovations from companies and researchers, defined by a standard-setting organisation. Among the most relevant for 5G is the European Telecommunications Standards Institute, which is governed by French law. Some of the leading contributors of patents to the 5G standards include Ericsson, Nokia, Qualcomm, and Huawei.

Obtaining patents for 5G-related innovations is more complex than doing so for many other technologies, as they are considered to be standard-essential, which means they are fundamental to the broader set of technologies that allow 5G to function. In fact, ensuring different devices practice the same technical standard is essential for 5G infrastructure to work as it enables devices to communicate with each other at previously impossible speeds.

Effectively, it is impossible for the manufacturer of a 5G-enabled device not to infringe the relevant standard-essential patents (SEPs). That is why, in the interests of the technology being made widely available, SEP owners must agree to license their innovations on FRAND terms. In principle, this means anyone who wants a licence to 5G SEPs can obtain one, while the companies and institutions behind these technical innovations can secure a return on their investment in the form of a royalty.

In general, FRAND license for SEPs underpinning a given standard will be largely comparable and thus non-discriminatory. However, the exact content of the licensing agreement will result from the negotiation between the patent owner and implementer.

There continues to be extensive debate over what FRAND terms for any given SEP portfolio should be, as illustrated by a number of high-profile FRAND disputes in recent years. This area of IP law is not widely known because it is limited to a relatively select group of industries, however, this will change with the rollout of 5G as the technology connects new sectors as a wider range of devices connect to the infrastructure. In short, if you sell a device or service that practices or uses the 5G standard you will need a licence.

Although there has already been extensive work done on making it easier for companies to obtain FRAND licences, many companies that are likely to develop 5G-connected devices in the not-so-distant future still need to expand their understanding of the latest developments in this area of IP law. This is crucial as it will be impossible to design your way around SEPs in a situation where any 5G-enabled device practising a standard comprised of patent-protected inventions. Thus, companies need to be fully equipped to handle the negotiations that will be necessary to obtain such licences, with deep knowledge of FRAND being most critical. Failing to do this risks hindering sectors of the economy from fully utilising the benefits of 5G and developing new innovations utilising it.