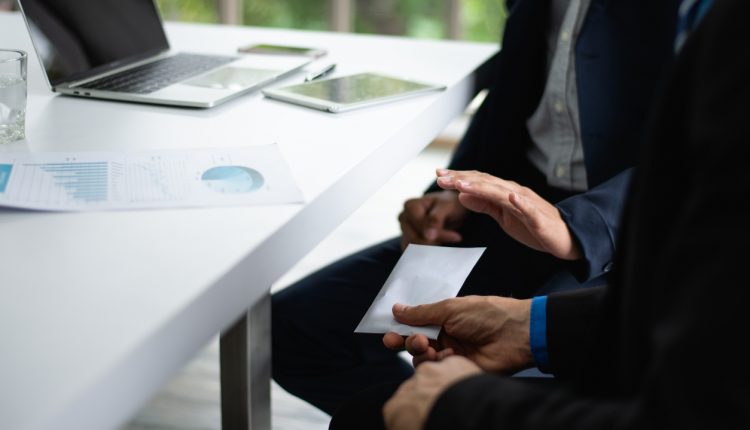 A decade on from the Bribery Act coming into effect, Aziz Rahman considers whether or not it has lived up to the hopes and expectations that surrounded its arrival.

It is important to remember that when the Bribery Act was first proposed, its strongest advocates built it up as being the legal equivalent of a silver bullet, capable of removing a large proportion of the wrongdoing that exists in international business. As recently as two years ago, it was being referred to by members of the House of Lords as the international gold standard for anti-bribery legislation.

As it is ten years since it came into effect, perhaps now is the time to assess whether it is deserving of gold, silver or even bronze status. While those in the gold camp would argue it has set the standard for tackling corporate crime, its detractors would point to the fact that prosecutions under the Act have been few and far between. So just how effective has it been?

There is little doubt that the Act has come to be viewed as the starting point when other countries consider creating anti-corruption legislation. This is partly because of just how far-reaching it is. From 1 July 2011, when it came into effect, the Bribery Act has covered all companies of all sizes, either based in, or with a close connection to, the UK. Any such company can be prosecuted in the UK, under the Act, for bribery that was perpetrated on its behalf anywhere in the world by its staff, an intermediary, third party or even a trading partner acting on its behalf. With maximum punishments including unlimited fines and up to ten years’ imprisonment, it is a piece of legislation that could only be dismissed as ineffective if it was not being put to work by those who have it at their disposal.

That, perhaps, is what has prompted criticism. There can be little argument that the Act has been used sparingly in the past decade, with most convictions being of individuals for offering bribes (an offence under Section 1) or the Section 2 offence of taking bribes. The Section 7 strict liability offence of failing to prevent bribery was the part of the Act that caused most concern to the business world when it was set to become law. But the fact that Section 7 prosecutions have been rare does seem to have made such concerns look alarmist, in hindsight.

But although there have not been many prosecutions under the Act, this should not be taken as a sign that it is of little value. I can put forward at least three reasons for this. The first and most obvious one is that bribery investigations can be complex and time-consuming. As a result, the courts are never going to be swamped by a huge wave of bribery prosecutions. Secondly, the lack of Bribery Act prosecutions could be viewed as a sign of its success in persuading companies to ensure their anti-bribery procedures are fit for purpose. Its international reach and the severity of the penalties that can be imposed may well have focused minds on the need for compliance.

The third reason is deferred prosecution agreements (DPAs). Nine of the 12 DPAs that the Serious Fraud Office has concluded with companies have been related to bribery. A number of the offences were committed before the Bribery Act came into effect, and so could not have been prosecuted under it. But nevertheless, DPAs have been used enthusiastically by the SFO as an alternative to Bribery Act prosecutions. But this is arguably no reason to criticise the Bribery Act. If anything, it has been almost a facilitator for the SFO: the prospect of a Bribery Act prosecution can act as the menacing elephant in the room when the SFO is conducting DPA negotiations with a company that has become entangled in bribery. It was certainly enough of a frightening prospect to prompt Airbus to pay a fine and costs amounting to €991 million under its UK DPA, which formed part of its €3.6 billion global resolution for bribery.

All three of these factors have influenced just how the Bribery Act is being used. So, it would be a mistake to argue that just because there have only been occasional prosecutions it has somehow been a failure. That is down to its use by the authorities rather than any fault with the Act itself.