US Dieselgate Settlement: What Does It Mean for UK Drivers?

The latest development in the ongoing Volkswagen emissions scandal could influence the decisions yet to be made by UK courts. 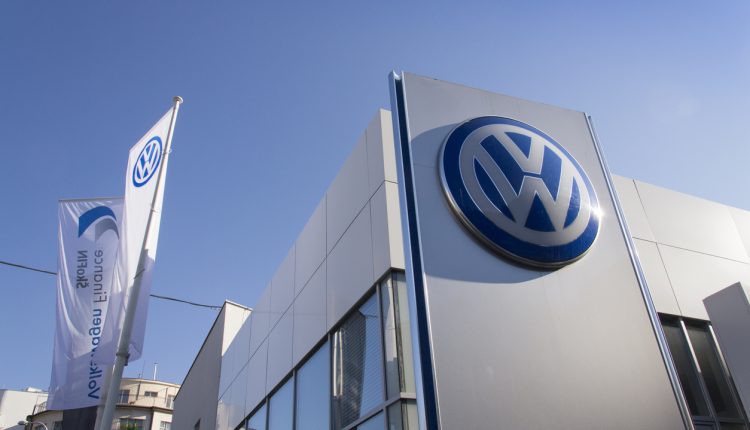 Aman Johal, Director of Your Lawyers, explains the current state of the crisis and the expected impact of the US settlement.

Since Volkswagen’s ‘dieselgate’ scandal first broke in the US in 2015, the car manufacturer’s manipulation of emissions data has unfolded to become a global crisis. The case is high-profile not just because of the violation of consumer rights, but also as a major environmental and health scandal. It is estimated to have affected as many aisiss 11 million vehicles worldwide in countries across the globe, and the increased emissions could be responsible for up to an additional 5,000 deaths per year as a result of increased air pollution levels in Europe alone, according to one study.

Over the past five years, ‘dieselgate’ has become an issue that is being tried in courts across the world. In the UK, Your Lawyers pioneered High Court action in January 2016 in what has become one of the largest ever consumer action cases in England and Wales, representing over 10,000 claimants and previously being appointed with a position on the Steering Committee responsible for the overall conduct of the litigation.

A court ruling on this litigation is expected before the end of 2022.

It was revealed last month that US consumers who purchased cars with defeat devices installed have been awarded $9.8 billion in settlements to date. The Federal Trade Commission (FTC) announced that Volkswagen agreed to buy back or repair more than half a million of the affected vehicles. Claimants have been awarded between $5,100 and $10,000 in compensation, which is in addition to the estimated value of the vehicle in some cases. The settlements are a landmark moment for Volkswagen and the ‘dieselgate’ crisis globally as UK lawyers continue to focus on the court action being pursued by owners here.

Over the past five years, ‘dieselgate’ has become an issue that is being tried in courts across the world.

What does this mean for US customers?

The FTC report described the settlements as “one of the most successful consumer redress programs in history.” The pay-outs place Volkswagen just behind the $206 billion Philip Morris tobacco settlement in 1998, and the 2016 $20 billion payments agreed to resolve claims of environmental damage following the BP oil spill in the Gulf of Mexico.

The FTC report revealed that almost 90% of claimants chose to return their vehicle through a buyback scheme or terminate their lease rather than have the recall measures put in place. This figure appears to reflect a change in sentiment and the loss of consumer confidence in the VW brand. The original lawsuit stemmed from an advert labelling Volkswagen models as “clean diesel”. In reality, vehicles were emitting up to 40 times the legal limit of nitrogen oxides in the US.

Misleading consumers can have disastrous effects for a business, both financially and for their reputation. A study by Gartner into customer experience found that 48% of consumers who have a negative experience with a brand will tell 10 or more others. In December 2015, just months after the defeat devices were discovered, VW sales dropped by 25% in the US and 20% in the UK. With the settlement rulings repositioning the ‘dieselgate’ scandal at the centre of the consumer mindset, the negative repercussions for the Volkswagen brand in America could continue to be far-reaching and long-lasting.

How will this impact the ongoing case in the UK?

In April, it was announced by the High Court that UK motorists had won one of the first key stages of the action against Volkswagen. The Judgement ruled that the software installed in vehicles was a “defeat device” under EU rules, despite the continual denials from the manufacturer.

Although the American verdict is not binding in UK law, emissions regulations in the two countries are somewhat similar, and both British and American motorists bought the vehicles under false environmental credentials. Following the UK court’s ruling that Volkswagen’s software could constitute as a defeat device, courts could draw influence from the rulings in the US. Previously, Your Lawyers estimated that claimants could be due a compensation pay-out of around £8,500 per individual, meaning the manufacturer could be liable to pay a total of up to £10.2 billion to UK customers. The ruling to give US drivers compensation in addition to the estimated value of the vehicle could increase pressure on Volkswagen, and we could see UK courts draw influence from the mechanics of the settlements across the Atlantic.

Changes in India’s Consumer Protection Act 2019 What Are Consumer Rights on Returning a Used or Defective Car?

What does the ruling mean for other car manufacturers?

The high-profile backlash VW faced in the wake of the ‘dieselgate’ scandal may just be the tip of the iceberg. This year alone, Mercedes-Benz, Fiat and Nissan and Renault have all faced publicised allegations over the alleged use of defeat device technology. Whilst carmakers have been quick to robustly deny claims that they have done anything wrong, we remember that VW was clear in asserting a similar position when faced with lawsuits as well.

Mercedes-Benz has already been fined £776 million by German prosecutors after 774,000 vehicles were recalled in 2018. Accusations have now reached UK shores, with an estimated 500,000 vehicles potentially affected. Drivers who have owned or leased a Mercedes-Benz diesel car or van registered between 2009 and 2018 could be eligible to claim compensation with Your Lawyers. Allegations against Nissan and Renault estimate that up to 1.4 million of their vehicles sold in Britain could be fitted with technology that could amount to a defeat device, allegations which, like VW, they deny.

Any form of emissions deception is unacceptable. We will continue to work hard to hold vehicle manufacturers to account if they have used software that amounts to an illegal defeat device under EU law. Vehicles producing dangerous levels of nitrogen oxide and other harmful emissions can cause increased deaths and irreparable environmental damage, and there are good reasons as to why we have stringent emissions regulations here in the UK. Any carmaker found to be flagrantly breaking the rules is not only in breach of consumer rights, but is also responsible for the adverse impact to human health and the environment.

We can only hope that rulings such as the recent US settlement will positively influence dieselgate verdicts in the UK and beyond.