Can I Sue Apple?

Suing a large firm is never easy; it’s always going to be a David vs Goliath situation. However, armed with the right lawyers, the right tenacity and the right evidence, any legal case can be bagged, regardless of how large and powerful the opposition might be. So how easy is it to sue Apple? 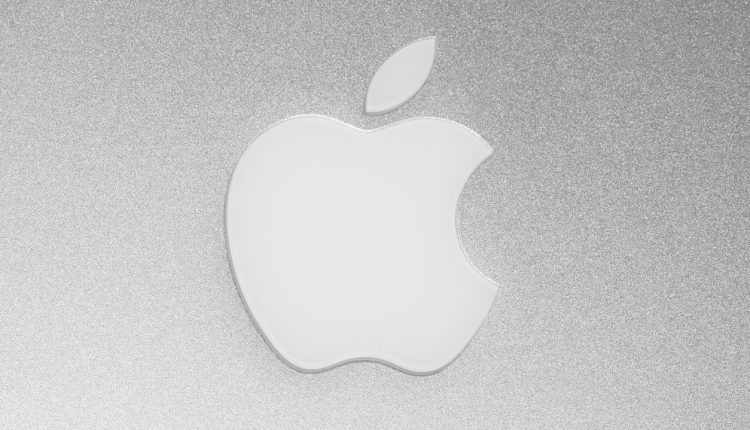 Following on from our previous installment on this topic, ‘Can I Sue Facebook?’, which was read by thousands last year, we decided to take a look at litigation against Apple Inc., who’s been there, who failed, who succeeded and on what grounds they took the multinational to court.

HR executive and writer Colin Berkshire, who in 2017 succeeded in suing Apple over a faulty MacBook Pro, says: “Apple plays hardball. They are like Disney: They are all soft and hip on the outside but when it comes to legal things they play hardball. You can win if you are prepared and have legal grounds.” Based on this you should assume it’s okay to pursue your case against Apple, however, note carefully: you must be prepared.

When it comes to faulty devices or software, the “hard ball” game isn’t as hard as it seems. A small claims case can almost guarantee your success providing you are A. in the right, B. reasonable and C. confident and prepared in your statements and evidence. But what if you’re not trying to sue Apple over a tangibly faulty device?

Just recently, app developers attempted to sue Apple Inc. over what they called “anticompetitive conduct”. According to the app developers, Apple only allows the downloading of iPhone apps through Apple’s official App Store, a practice which in their words is “analogous to a monopsonist retailer paying artificially low wholesale prices to its suppliers…In both paradigms a competitive market would yield better post-commission or wholesale prices, and fairer profit, for developers’ digital products.”

The Supreme Court’s judgement, ruling 5-4 against Apple, allowed both developers and users to pursue antitrust lawsuits against the tech firm. According to CNBC, iPhone users argued: “Apple’s 30% commission on sales through the App Store is an unfair use of monopoly power that results in inflated prices passed on to consumers.”

Users affected will now be able to join a class-action lawsuit case against the App Store owner for possible price gouging on the apps it hosts. This is a tangible result against big tech firms like Apple and has now began the process of creating a level playing field for all app developers, although regulation hasn’t been implemented re the App Store just yet. 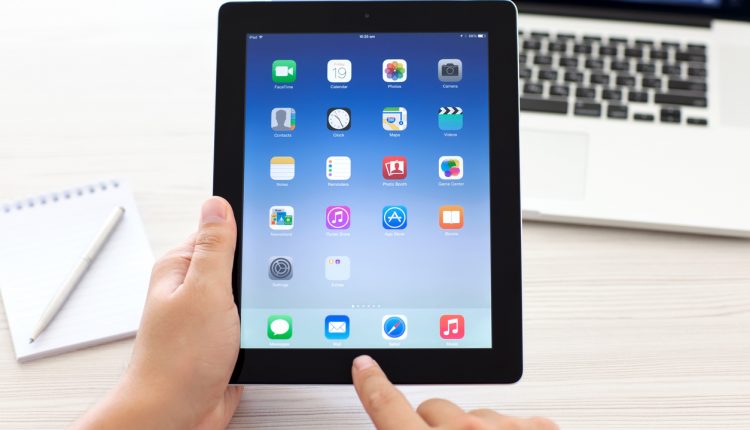 Facial recognition software is increasingly mysterious and complex, and with the recent rumours and allegations surrounding popular Russian-developed app Faceapp, Apple’s facial recognition technology is back in the spotlight.

In April, Ousmane Bah, a student living in New York, was mistakenly arrested after Apple facial recognition software pointed him out as the culprit of several Apple Store thefts. Bloomberg claims the 18 year old had lost a non-photo learner’s permit, which an actual thief must have picked up and used as ID in an Apple Store. Consequently, Apple’s face ID software, which it often uses to root out theft suspects, must have linked the actual thief’s face with Bah’s ID.

The student’s claim [Bah v. Apple Inc., 19-cv-03539, US District Court, Southern District of New York (Manhattan)], based on the grounds of false allegations, negligence, infliction of emotional distress, slander, libel and fraudulent concealment that resulted in significant hardship and affected his education, asked for $1 billion from Apple, and succeeded.

This was undoubtedly a mistake from the tech giant’s security firm, but as the face of the defendant and original accuser, Apple was successfully sued and made to pay for its error.

You probably heard about Samsung’s latest phones ‘exploding’ in 2017. Well in June this year, a New Jersey apartment complex and its accompanying insurance company succeeded in suing Apple Inc. for a fire that killed a tenant of their building in 2017 and was supposedly caused by a malfunction of the iPad’s battery.

The lawsuit insists there are a number of legal counts against Apple, incuding ‘Strict Products Liability’, wrongful death or corporate murder, and a third covering ‘Survival Action’ which constitutes the time the tenant, Bradley Ireland, experienced being burned before death.

Battery related accidents like this are pretty common, but for it to result in a death is rare. Again, in this case Apple was wrong, had shipped a faulty lithium ion powered iPad, and the lawsuit was lost to the plaintiff.

Both of the above cases prove that it is possible to sue Apple and win, however in both of these cases the plaintiff was unequivocally in the right, which as previously mentioned is vital to win a lawsuit against big tech firms like Apple. 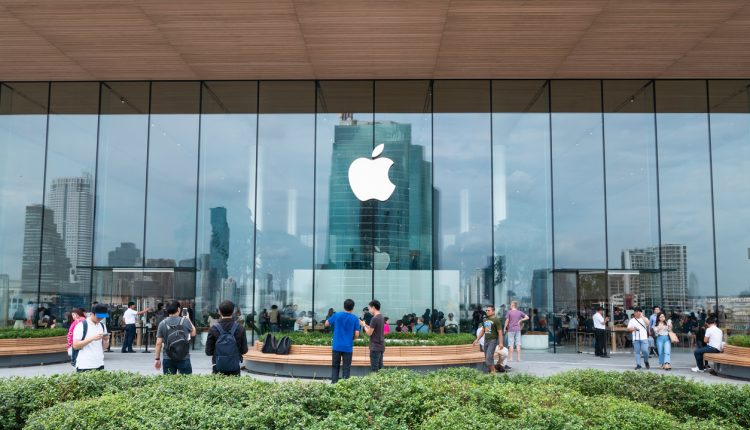 Following a $950 settlement in which a South Korean user sued Apple in a local court over the improper use of location functionality on their device, the 27,000 came together alongside a firm called Mirae Law, representing the plaintiffs, to take similar action. They claimed the iPhone’s ‘Locationgate’ function invaded their privacy by allowing the device to collect location data without their consent.

Similarly, in the same year two men sued Apple Inc. over the iOS4 function known as ‘Locationgate’, which allegedly tracks a device’s location without the consent of the user. Vikram Ajjampur of Florida and William Devito of New York filed their lawsuit in a Floridian federal court, accusing the tech giant of fraud. “Plaintiffs and proposed Class members were harmed by Apple’s accrual of personal location, movement and travel histories because their personal computers were used in ways they did not approve, and because they were personally tracked just as if by a tracking device for which a court-ordered warrant would ordinarily be required,” the lawsuit claimed, according to computerworld.com.

An amount for the damages was not specified, and it’s unclear to date if either the Korean class action lawsuit or this Florida US-based lawsuit were successful, however Apple did later provide some insight into the ‘Locationgate’ rumours and denied the allegations of privacy invasion or tracking without consent.

On another privacy issue, iTunes recently hit the legal spotlight as three people decided to sue Apple over claims of ‘privacy violations’ in which the tech firm had shared the plaintiffs’ habits and data to third parties. The data mentioned in the lawsuit, which was filed in California’s Northern Federal District, is said to have included purchase information relating to the purchase of iTunes and Pandora music products.

According to pyments.com, a separate claim in the lawsuit mentions Apple giving iOS developers open access to data stores on iPhones, iPads and iPods. This includes data about songs and albums that were bought from the iTunes store. This process would allow data companies to sell purchase habit profiles for each user.

The data comprises “full names and home addresses of its customers, together with the genres, and in some cases, the specific titles of digitally-recorded music that its customers have purchased via the iTunes Store and then stored in their devices,” according to Happymag.tv.

Again, in this case it is unclear how this lawsuit will proceed, as it is still ongoing, though previous lawsuits against Apple on grounds of privacy have been thrown out as it couldn’t be proven if any actual harm was inflicted on the user. 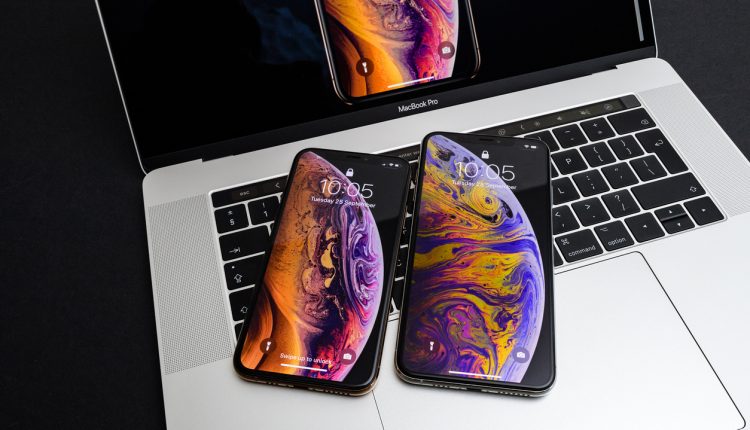 Apple Sues Over Slowing Down Issue

One thing many may think of suing Apple over is ‘planned obsolescence’, which is already highly illegal in most modern jurisdictions. It is commonly known that after a year or two an iPhone or iPad will start to get a little slow, and the battery will display visible performance weaknesses. But can you actually sue Apple over this?

In December 2017, it emerged that Apple deliberately slows down older Apple devices in order to prevent them from malfunctioning due to poor battery performance. Since then it has received a number of lawsuits. In France, an organisation called ‘Halte à l’Obsolescence Programmée (HOP)’, which translates to ‘Stop Planned Obsolescence’, has moved to sue Apple stating that the iPhone maker’s actions in deliberately slowing down their older devices violates a 2015 French law that prohibits “the practice of planned obsolescence, which is defined by the use of techniques by which the person responsible for the marketing of a product aims to deliberately reduce the duration to increase the replacement rate.”

Further updates on this story were never published – however, Apple did release some comments on the matter. Apple Inc.’s lawyers had this to say: “Plaintiffs are like homeowners who have let a building contractor into their homes to upgrade their kitchens, thus giving permission for the contractor to demolish and change parts of the houses.”

They went on: “Any claim that the contractor caused excessive damage in the process sounds in contract, not trespass.” So, if you clicked ‘Install’ on the update notification, you essentially ‘let Apple into your home’ to make changes such as slowing down your device’s performance to avoid further malfunctions of the battery, like unexpected shutdowns, etc. in this case, it seems you probably won’t be able to sue Apple. If anything changes in future, or a landmark court decision is made on this, the rest of the world will know, and Apple’s ‘slowdown’ practice will be sure to end.

All in all, Apple can be sued for some matters, and for others perhaps not. If you have any doubts or are unsure about your potential claim against the company, your best option is to seek professional advice from a litigation expert. A well-experienced litigator, or better yet one that has previously faced the likes of Apple or a similar large firm, will be able to provide you a straight forward “this is going to be difficult but it’s possible,” or an even more straightforward “unfortunately, you will lose.” Then the choice is yours.

We’d love to hear your thoughts on this, whether you’ve thought about suing Apple or whether you know anyone who has experienced a legal dispute against Apple. Perhaps you have an issue and would like to ask a question? Maybe you’re an antitrust or commercial lawyer and would like to offer some insight? Feel free to offer your point of view in the comments below.