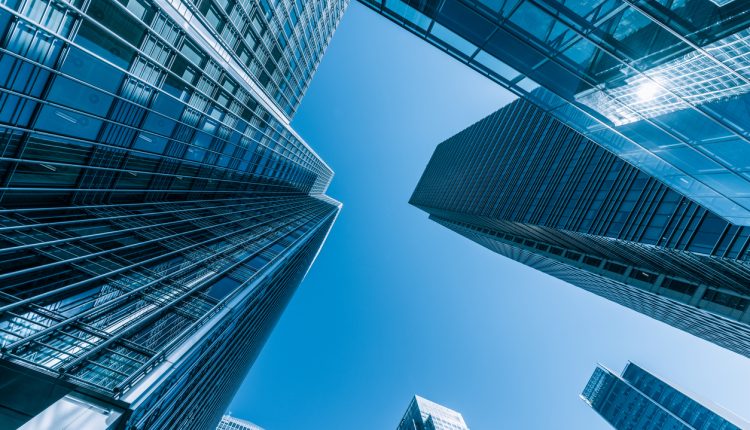 Authored by Fraser MacLean, Executive Legal Search & Management Consultant at MacLean Legal Search, the piece below shines a light on the actual revenue and profits of the London offices of some of the leading US Law Firms.

Profits remain the main indicator of a company’s health and success. Here in the UK, we can check how well a business is doing because they have to, by law, publish a set of independently audited accounts to Companies House.

However, US law firms, usually registered as a LLC in states like Delaware, or as a LLP, have no legal requirement to publically report their annual profits to any government or public body.

So how do we know how well a US Law Firm is doing financially?

The American Lawyer annually publishes and ranks Firms by their own profitability metric called average profit per partner (PPP). These figures, or the data from which they are calculated, are self-reported by most Firms and cannot be independently verified, unlike those published by their UK competitors. They also rarely reflect what the majority of partners are earning at each Firm. So why do most of the media fixate on these numbers? And why have they become so reliant on them?

Because they’re the only source in town!

So, if we can’t rely on this data, what can we rely on?

The overall success of any organisation is clearly a function of the quality and success of its individual parts. We all know what happens if there’s a weak link in the chain.

For a Law Firm, this can be broken down to the quality and success of lateral partner hires. Further, there’s no value in hiring a high billing, profit-generating partner if he leaves within three years without making any meaningful contribution to the bottom line. So retaining quality lawyers is just as important as hiring them.

Of course, there are plenty of other indicators such as increased deal activity, headcount, associate to partner promotions and office space which point to a Firm’s wellbeing.

Lawyer Monthly has already published a piece I have written on partner churn and retention at some of the largest US law firms. In it, by comparing the number of partner hires and exits between Firms over four years, you can clearly see which Firms have been successful in growing their partner numbers.

Natural partner churn, excluding retirements, is a fact of life. It’s when a Firm suffers multiple losses that the alarm bells start to ring. The double whammy is when many of those leaving do so within three to five years of joining. These will mostly all be loss-making lateral hires.

Market commentators will view these as bad hires and it’s usually the Firm which gets the blame for making them, be it through inadequate due diligence and scrutiny of the individual or for lack of support once onside.

One of the many other excuses, given to explain why lateral hires don’t work out, is over selling. This usually refers to candidates overstating the strength of their practice and not delivering on their financials. This is a lame excuse as the fault in these scenarios lies almost entirely with the Law Firm. An inability to test the business case, to carry out insufficient due diligence or scrutiny is a failure of the Firm, not the candidate.

However, law firms can also oversell an opportunity to candidates. Every business needs salesmen, but if what they’re selling is neither achievable nor deliverable, usually discovered after the event and once an offer has been accepted, this will inevitably lead to partner frustration and, depending on the scale of the porkie pies, ultimately partner departures.

Whoever is to blame, losing a series of partners in quick succession is far from ideal, especially if they’ve only recently joined. It leaves a Firm with less fee earners and in some cases, less clients. It also generates bad publicity which creates negative perceptions which can make filling the gaps more difficult. The domino effect.

Some US Firms do submit accounts to Companies House for their European operations. They generally show what their London offices are generating in revenue. They also show us the group operating profits for a specific number of equity partners, so an independently verified PPP figure can be calculated. See the tables below. 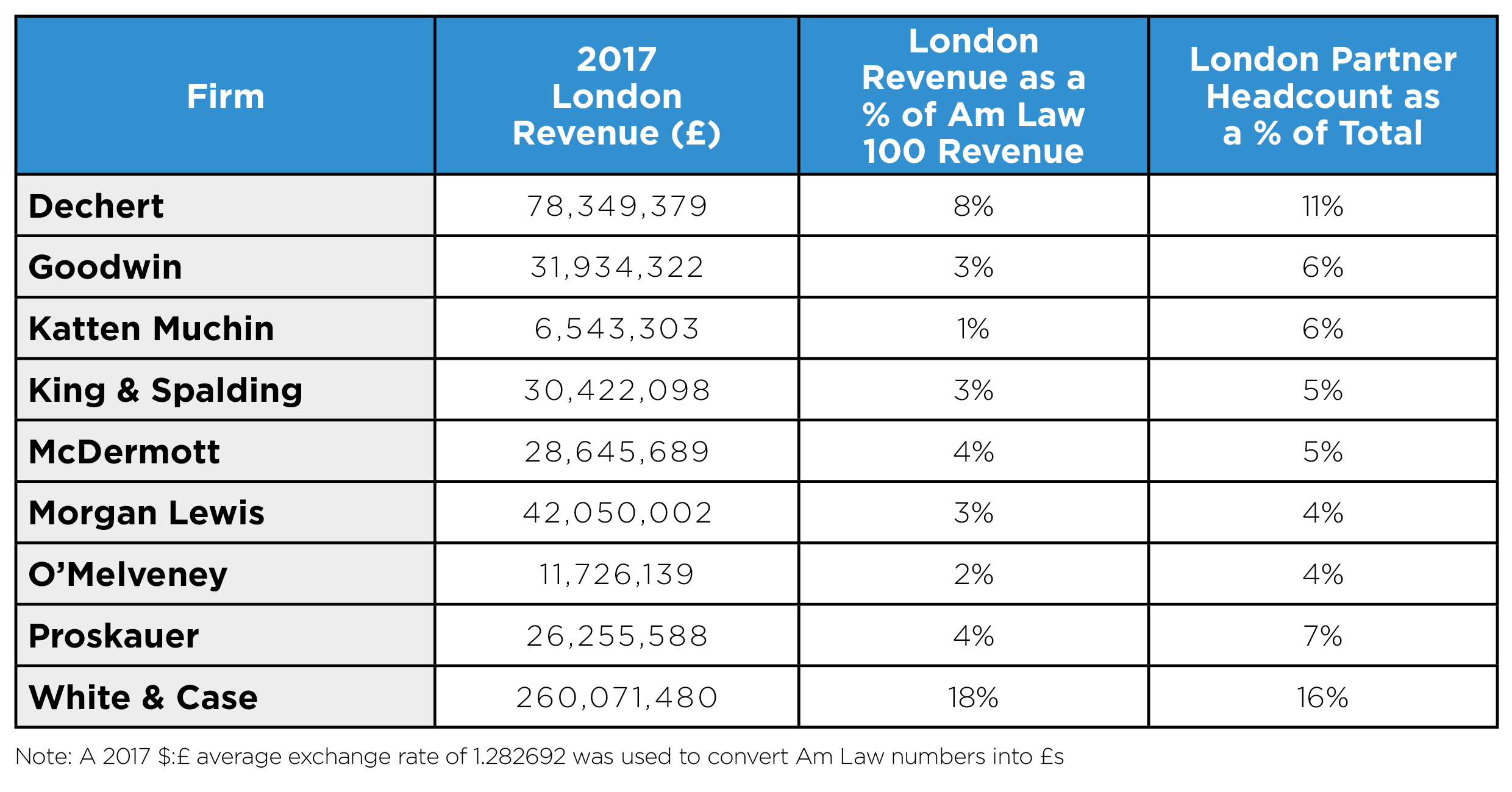 The above table shows the varying importance that London has financially to the largest US law firms. For White & Case, London is clearly very important, with almost one fifth of their total revenue generated here and almost one fifth of their total partners based here. Apart from Dechert, for all the other Firms listed, London only contributes between 1% and 4% of total revenue.

Clearly the actual PPP for these offices is far smaller than the published data. Proskauer gets the closest with an average of just over £1m. Assuming that the Am Law data is close to being accurate, it’s a reminder that international offices/partners are not as profitable as those back home.