Why Is FRAND important for the Automotive Industry? 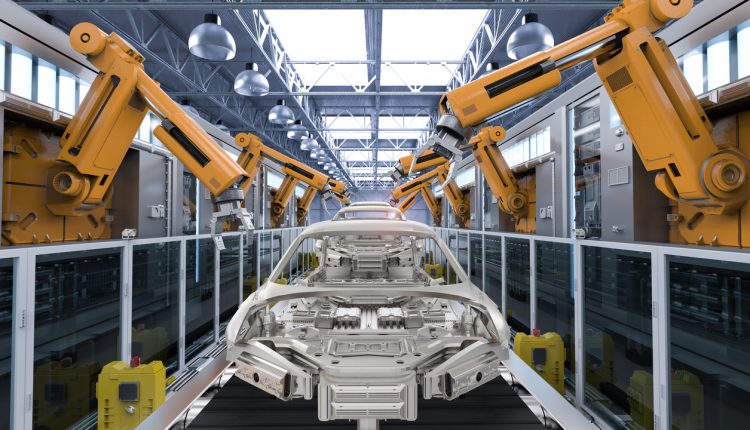 In the developing age of automobiles, technology and communications, how do requirements for Fair, Reasonable and Non-Discriminatory (FRAND) terms fit in? Below Michael Munsch and Christof Höhne of EIP, the Intellectual Property law firm, explain the intricacies of the EU’s latest legislation required for auto manufacturing.

Technology is currently undergoing an extremely disruptive stage thanks to a dramatic increase in innovation. This can be seen from the rapid increase in the number of electric cars and the work being done on autonomous vehicles. Part of this development in the technology industry is the growth in the number of electronic components in cars, including advanced telematics and navigation systems. These electronic components are being used to improve connectivity which is becoming a focus for autonomous cars. Legislation has been introduced which states that most cars type-approved after 31st March 2018 must implement mobile communication by way of the so-called “eCall” function in the EU, which enables passengers to communicate with service providers in case of an accident.

In order to provide car manufacturers access to this technology and consequently meet the required administrative approval, standardization is key. The importance of standardization for autonomous cars was recently emphasised by the European Commission on November 29, 2017 (COM (2017) 712), in which the conclusion was drawn that:

In this article, we are going to look at interaction of patents with the future of standardization and the impact this may have on the automotive industry. The patents essential to form a standard are Standard Essential Patents (“SEPs”). SEPs are patents which have been declared by their owner to be essential to a specific formal industry standard (for example, making 4G standard across mobiles) or are essential by virtue of the market power of the underlying technology (de-facto standard). The SEPs we will focus on, have to be licensed by their owners under Fair, Reasonable and Non-Discriminatory (“FRAND”) terms. FRAND is a self-binding declaration that shall guarantee a fair balance between the interests of those who contribute in the standard-setting process of the respective technology and the interests of those who are dictated to by the market to rely on the standard.

As highlighted in our previous article in Lawyer Monthly, there has been confusion about what FRAND terms are and how a FRAND license is calculated. The courts are inundated with questions on this topic, but there is still no ruling by any of the highest courts in the UK and Germany, which can be considered as the most relevant jurisdictions in Europe for patent litigations. Taking a quick look back at the telecoms industry, which due to continuously growing SEP portfolios and developing industry standards (e. g. like 2G, 3G, 4G and, soon-to-be, 5G) is experiencing a vast license battle with lengthy and cost-intensive litigations, it becomes obvious that these fights will not stop outside of the automotive manufacturers doors. In fact, the increasing integration of information and communication technologies in vehicles will lead to a significant involvement of the automotive industry in SEP litigation in general. As one can imagine, fully connected autonomous vehicles must be able to perfectly communicate and be cross-compatible with their surroundings. To guarantee this, there will be a continuously developing playground for standardized technologies and the owners of related IP rights.

Whereas the potential licensors from the telecoms industry are used to playing this game, it will be relatively new to the automotive industry which, for the most part, is accustomed to settling their disputes behind closed doors and very rarely in any kind of public forum. In particular, the impact in economic and litigation terms will need to be considered: For example, the German network provider Deutsche Telekom paid hundreds of million Euros to settle a litigation battle relating to IPCom`s patent portfolio.

In fact, the first major electronics cases in which the automotive industry is involved are already pending in Germany: chip manufacturer Broadcom has attacked Audi and VW before the Mannheim District Court enforcing seven patents in a total sum of 13 individual actions. The patents relate to chips for wireless communication in a car. Several suppliers of Audi and VW have joined the dispute as interveners, which shows the relevance to the whole industry.

The overall relevance is further emphasised by the fact that BMW just recently (Dec 2017) took a license to the telecoms patent portfolio Avanci, which in particular pools patents relevant to the 2G, 3G and LTE standards from companies such as Ericsson, Qualcomm, Sony, ZTE, Vodafone and some further ones. We are sure that there is more to come.