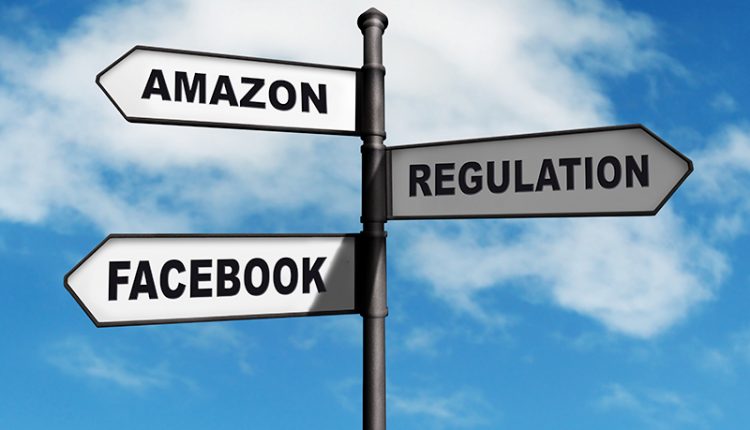 The world’s biggest tech giants, the top of these being FAANGs (Facebook, Amazon, Apple, Netflix, Google), all offer the world’s top quality and quantity of consumer goods. Consumers love them and buy into them daily. Investors no less. However, one could also say they fall into the category of corporate bullies. The type that avoid taxes, destroy competition, dominate the markets, undermine democracy and as per recent headlines, abuse their control over consumer data.

While there are two sides to how these firms are perceived by the public, Lawyer Monthly asks: Should these corporations be regulated?

Recent press points towards the looming prospect of regulation and restrictions but makes sure to mention the challenges ahead and the complexities involved. It’s not going to be as easy as writing up some rules to impose. Most of the ‘fixes’ being discussed only scratch the surface of the long-term reality of regulating FAANGs and co. Even the EU’s most recent move, GDPR, claimed to be revolutionary in the way it restricts data movement and storage, may fall short of success when it comes to corporate giants.

Following recent callouts from US President Donald Trump, regarding Amazon’s association with the Postal Office and the tax it pays (or doesn’t pay), CEO Jeff Bezos has opened the discussion to regulation. Besoz says Amazon is ready to work with regulators, help educate regulators on certain issues, and will operate according to any constraints imposed, regardless of whether these might damage the company.

“So we will work with any set of regulations we are given. Ultimately, society decides that, and we will follow those rules, regardless of the impact that they have on our business. And we will find a new way, if need be, to delight customers,” he said in a conversation with Mathias Döpfner, CEO of Axel Springer.

Despite being open to the potential for regulation, Bezos has also made one other thing clear: that moving forward, the action of restricting the power of large companies like Amazon must be balanced with a continued need to incentivize innovation.

One of the most recent big company scandals means that because of Facebook’s incapacity to monitor the way apps abuse their association to users, political campaigns were strongly swayed through the use of behavioural marketing. This resulted in a hearing at Capitol Hill with Mark Zuckerberg, the social media platforms CEO, who says that given the internet’s expanding importance in consumers’ lives, inevitably expects government regulation in the near future. The challenge he brought in turn however, is that “a lot of times regulation puts in place rules that a large company like ours can easily comply with but that small start-ups can’t.”

Currently, companies large and small across the globe are pushing profits up 10 to 30% more thanks to artificial intelligence, a technology that relies on the collection and processing of data, and which if stifled by regulation would set back many smaller businesses. At this point the regulation of data may be one of the hardest hurdles to overcome, and one that puts companies in an awkward position of choosing between privacy protection and profits.

Sven Hughes, Chief Executive at Verbalisation believes: “The collection of people’s personal information and data is not uncommon and if done ethically and legally then there should be no problem.” In Facebook’s case Sven tells Lawyer Monthly that as the CEO, Zuckerberg is “solely responsible for all for corporate responsibility and accountability.” However, the aim of positively influencing these aspects of a business must be in direct correlation with profits, therefore this could be a long-term conflict Facebook must find a solution to, before government designated regulation becomes imperative.

According to Fortune experts, venture capitalist Albert Wenger believes regulation could actually be beneficial to larger companies, as they will be the only ones able to afford infrastructure and changes in operation that adapt to the new rules. One would think that regulating companies when it comes to data use, tax avoidance, buyouts and takeovers, would level out the playing field, allowing all tech firms to compete evenly, but a danger lies in the capacity of the bigger firms to overcome regulation, and the incapacity of lesser firms to their heads above water. So, while regulation could bring long-needed relief to privacy and tax issues, competition could suffer, putting the likes of Amazon and co. in better positions that they were in the first place.

In a recent tweet, Donald Trump stated he’s had his “concerns with Amazon long before the election. Unlike others, they pay little or no taxes to state & local governments, use our postal system as their delivery boy (causing tremendous loss to the US), and are putting many thousands of retailers out of business!”

I have stated my concerns with Amazon long before the Election. Unlike others, they pay little or no taxes to state & local governments, use our Postal System as their Delivery Boy (causing tremendous loss to the U.S.), and are putting many thousands of retailers out of business!

Donald Trump, alongside many others, still questions the clear business advantages Amazon & Apple have over their competition, one of the biggest of these being sales tax, and according to Reuters, aims to draw up policies that restrict the further expansion of such retail giants. To reach this aim however, it looks like the rules may have to be tailored to the companies in question and applied as individual cases. Is this fair? Bezos and Cook probably wouldn’t think so.

Another side of the regulation discussion is in the monopolisation of innovation itself. Who would you say dominates the market when it comes to new tech? Fortune reports that Patent expert Elvir Causevic believes big tech firms have the huge benefit of being able to abuse the patent system to buy and stifle innovation. So, on the back of Jeff Bezos’ comments on finding a balance between regulation and innovation, it’s clear that striking said balance is easier said than done. Alastair Johnson, Founder and CEO of Nuggets, told Lawyer Monthly that in his opinion, Facebook could put itself at the forefront of data storage innovation, and begin to “explore methods of decentralisation for the storage of sensitive information.”

He says: “Technologies like blockchain have opened the door to individuals being able to maintain complete control of their own data, without needing to store it in attack-prone centralised data silos owned by companies.” Perhaps the solution to one regulatory system is therefore the fuel for another.

Perhaps eliminating the potential for FAANG like companies to buy out smaller firms, beat all others to patent filing, or absorb the innovation of start-ups could provide opportunities for even play, but it would take time. Time the public isn’t prepared to wait or cede, they want a solution here and now, hence putting Zuckerberg in the naughty corner and expecting the problem to somewhat go away.

Whether it be data protection, patents & innovation, antitrust law or tax avoidance, if even a slice of the regulatory cake is successfully baked, will it taste good? Unfortunately, pressure from an outraged public, paired with the drive of policy makers to score politics points, may provide a recipe for disappointment. Even a well-thought out plan could leave loopholes for corporate lawyers to squeeze through if put together under these conditions.