The UK insurance space has experienced several turbulent years, first facing a global health crisis and then a widespread economic downturn. As profits fall, litigation has soared, placing many insurers at financial risk. 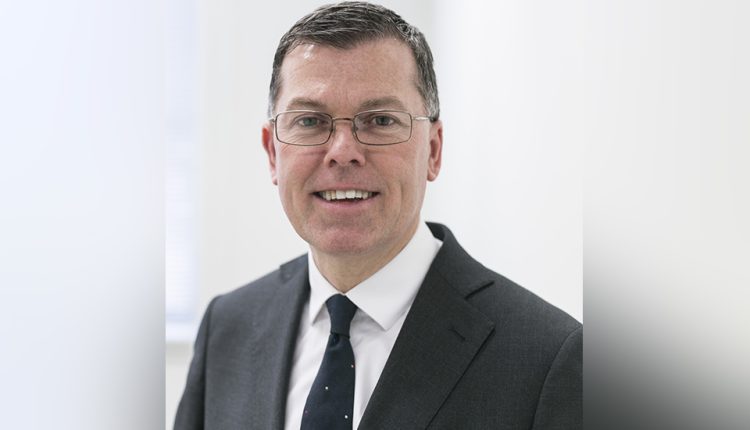 We hear from Mactavish CEO Bruce Hepburn as he shares insightful research into the litigation surge, along with his expectations for what it might mean for the future of the sector.

After a period of highly competitive pricing, the UK and global insurance market has seen a drastic reduction in profitability over the past five years, brought on by increasingly adverse market conditions. In a hard market such as this, insurers are facing ‘seller’s regret’ over both the risks they have previously written and the terms or price they wrote them on.

We know insurance prices are rapidly rising, the UK market having seen more than four years of uninterrupted price increases, with companies on average paying premiums that are over double what they were before the onset of the current hard market (and four times more for the most difficult classes of insurance such as professional indemnity, directors’ and officers’ liability and cyber), with widespread reductions in limits and sub-limits, new or broader exclusions and narrower formulations of cover.

Yet while claims account for more than 70% of a typical insurer’s costs, and will always be one of the first places they turn in an attempt to secure profitability, monitoring this change in behaviour from insurers has until now not been so easily proven.

After tracking all disputes in the last decade involving the top 20 insurers in the UK in the High Court, Appeal Court and the Supreme Court, our latest research, the Mactavish Insurance Claim Litigation Index, reveals exactly this: the UK insurance market has become increasingly litigious since the onset of the hard market.

After a period of highly competitive pricing, the UK and global insurance market has seen a drastic reduction in profitability over the past five years.

Research shows that companies are now three times as likely to have to sue their insurers in pursuit of a claim than they were just five years ago. Viewed together through the index, the variety and volume of the disputes lodged provides an extraordinary vantage point into the culture and practice of the UK insurance market. This can help to understand the arguments put forward by insurers in rejection of a claim and offer valuable insights to legal practitioners and businesses on how best to avoid these pitfalls.

In the last decade, the number of cases filed in the courts of England and Wales each year involving the top 20 insurers has doubled. Further, if we isolate only the claims that involve the insurers as defendants (i.e. which deal exclusively with the pursuit by policyholders of unpaid claims), between 2012 and 2016, there was an average of just under such 20 cases filed each year against these firms. Last year the figure was 72, and the year before it was 69 – representing a 280% surge in legal action against the leading insurers.

This is just the tip of the dispute iceberg, as the vast majority of disputed claims get resolved by way of private settlement or in mediation or arbitration, meaning only a fraction go to court. Following any major loss event, policyholders depend on cash flow to manage through the post-event crisis, giving insurers leverage in reducing agreed settlements.

Understanding the driving force behind this rapid increase in disputes necessitates a deeper look at wider trends in the insurance industry. The creation of a tool capable of tracking insurance litigation and claims performance to offer this insight has been long overdue in the UK market.

In order to understand on what specific basis insurers are declining to pay out claims, Mactavish analysed the legal pleadings in 50 of the most recent legal claims. Focusing only on cases where insurers are defendants, we see that the cases centre almost exclusively on the pursuit of unpaid insurance claims by commercial policyholders. The two most common reasons given in defence of their refusal to pay out a claim were that the policyholder lacked coverage for the specific loss event and/or arguments around non-compliance with policy terms.

One of the reasons why these defences are so often relied upon comes down to a widespread issue found in many insurance policies. Too often, we see policy wordings that are not provided until months after placement and are accepted by businesses despite containing issuance errors and drafting ambiguities that are subject to enormous difference in interpretation. In the current hard market, this ambiguity creates a far greater risk of non-compliance or lack of coverage – unbeknownst to the policyholder and not raised by insurers and brokers when policies are sold – which can be relied on by insurers to contest payouts.

Often, the policy is written in a way that only an experienced insurance professional or specialist lawyer can accurately interpret. For instance, when it comes to notifying an insurer of a potential claim, the common time proximity requirement of ‘as soon as practicable’, ‘immediate’ or ‘forthwith’, or the requirements of providing ‘full details’ of circumstances, can mean vastly different things to a business owners and managers. It is only with years of experience in the market that these vague clauses can be decoded into practical, easily understandable terms.

Too often, we see policy wordings that are not provided until months after placement.

Obviously, some insurance claims do reasonably sit in a grey area where liability or quantum are not immediately clear. In these cases it will be necessary to seek out judicial insight. However, disputes currently occur for vastly broader reasons than this, and for businesses navigating this hard market, the priority must be to secure well written insurance policies that minimise room for uncertainty undermining the quality and reliability of your coverage.

Impact on the Legal Sector

The results of the index certainly indicate fantastic opportunities for the legal sector itself, with insurance solicitors and barristers in higher demand that ever before. However, as insurance contracts come under far greater scrutiny in the courts, some authors of those contracts will increasingly find themselves under pressure from employers and clients.

The legal sector may soon find itself in a litigious minefield of its own. In some cases already, the dispute has focused on allegedly defective policy drafting, creating the possibility that some law firms could themselves have some liability for the unpaid claims as this litigation works through the system.

While the opportunities to profit from the increase in legal claims disputes are clear, in this escalating conflict between insurers and policyholders taking place at the same time that risks are evolving rapidly in an environment shaped by multiple political and economic crises, the legal sector will need to tread carefully to avoid being caught in the crossfire.

Reputation of the insurance sector and economic growth in the balance

For insurers, policyholders and the wider economy, the consequences of an increasing number of claims disputes ending up in court are far starker. For many SMEs currently struggling to survive amidst growing economic turmoil, the refusal of insurers to pay claims naturally puts them in a challenging position. Many who find themselves in this situation may already be in a financial crisis due to the loss event that has led to the insurance claim, and therefore far from a position to launch a costly and slow legal action.

Have You Got to Grips with the Insurance Act 2015?

If businesses do not have confidence in the insurance market, the impact on the economy can be significant as companies become less likely to take the risks required to deliver growth, whether that be expansions into new markets or the launching of new products or services. This is why it is so concerning to see the insurance industry damaging its relationship with its customer base and reducing the value of its products just when they are most needed.

The Uncertain Future Ahead

A perfect storm of the war in Ukraine, Brexit, global inflation, financial market instability, the impact of sanctions and new classes of risks emerging continue to extend the lifecycle of this hard market – driving premium rates up and coverage and claims payouts down. As a result, it is likely that we will continue to see a high volume of legal action being pursued by policyholders.

The insurance market itself must face up to its wider responsibility and work to meet the needs of its customer base. At a time of widespread economic turpitude, the industry must stand by and support UK businesses by selling clearly drafted products and adjusting them in line with expectations, rather than further threatening their chances of survival.

Bruce Hepburn is the founder and CEO of Mactavish, a leading independent outsourced insurance buyer and claims resolution expert in the UK. The firm publishes widely cited research into the commercial and corporate insurance sectors and works with policyholders to deliver improved insurance solutions. Bruce has led Mactavish through every phase of its development over more than two decades of work and is intimately familiar with all aspects of its business.