The saga of Elon Musk’s purchase of Twitter for $44 billion finally came to a close on 27 October 2022, and speculation about the future of the social media giant has been rampant. One less-discussed aspect of the takeover, however, is its potential impact on the creators whose livelihood may rely on the platform in whole or in part. 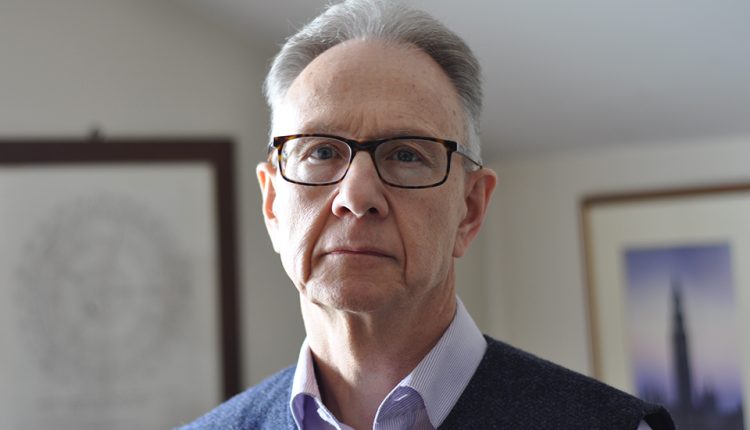 Author and technology writer Glyn Moody takes a closer look at these consequences and offers some predictions for the trajectory of the site.

During its 16 years of existence, Twitter has evolved from something that people used to post about what they had for breakfast into one of the main global public forums, particularly for politics. It has also become an important forum for creators to raise awareness about their activities – and to boost their income. Twitter’s purchase by anyone would have raised concerns about its future. Those have been amplified by the iconoclastic nature of its new owner, Elon Musk, the world’s richest individual, and his previous outspoken views on what Twitter should and should not be doing.

One of Musk’s first moves was to cut the Twitter workforce by around 50%. Among those who were made redundant were key members of the teams that oversaw content moderation and tackled the dissemination of misinformation. Twitter’s advertisers were unnerved by this and other early decisions made by Musk, like reinstating Donald Trump’s account on the service, apparently on the basis of a quick Twitter opinion poll.

Advertisers and ordinary users have been similarly confused about what is happening with the blue checks that were used to designate verified Twitter accounts. At first, it was announced that the new Twitter Blue option, which included the blue tick, would cost $19.99. In the face of criticism that this was exorbitant, that was lowered to $7.99. However, a few days later, the blue checks scheme was dropped following a wave of impostor accounts that were set up and approved by Twitter. For example, a fake Eli Lilly & Co account tweeted that insulin would be free, causing the company’s share price to fall by 4.5% in a few hours.

Elon Musk later tweeted that there would be a new scheme, with a “Gold check for companies, grey check for government, blue for individuals (celebrity or not) and all verified accounts will be manually authenticated before check activates.”

Among those who were made redundant were key members of the teams that oversaw content moderation and tackled the dissemination of misinformation.

It is unclear whether this latest system will help or hurt creators. On the one hand, it will allow them to gain the blue check more easily, which may increase their online visibility – a key concern for artists that wish to establish themselves or build on their existing reputation. However, since the new blue check seems to be open to anyone, provided they can prove their identity, it may be that the value of the mark will diminish as more of them appear. Moreover, if Twitter’s manual authentication process is too cursory, fake accounts may appear of well-known artists, just as they did briefly with the previous short-lived Twitter Blue option.

Alongside the revamped system of designating verified accounts, the other major development that has been made public is a plan to allow much more material, and of all kinds, to be posted as a tweet. On 5 November, Musk wrote that “Twitter will soon add ability to attach long-form text to tweets, ending absurdity of notepad screenshots”.

In response, a popular account on Twitter, Everyday Astronaut, asked whether it would be possible to post full-length videos as well. To which Musk replied: “We can do 42 min chunks at 1080 resolution now for new Blue, so you could break up a longer video. The 42 min limit should be fixed next month.” Crucially, Musk tweeted that once long-form material could be posted, it would be “Followed by creator monetization for all forms of content”.

Allowing creators to earn money from material posted online would be a major shift for Twitter in a number of respects; first, because it would fundamentally change the micro-blogging nature of Twitter. Although the original character limit of 140 characters was increased to 280 in 2017, it has remained a short-form medium, which favours concision and pithiness. Longer texts would remove that distinguishing feature.

Allowing creators to earn money from material posted online would be a major shift for Twitter in a number of respects.

Similarly, allowing videos and other material to be posted would move Twitter in the direction of becoming a rival to YouTube and TikTok. However, as Twitter becomes more like those other services, some people might find less reason to stay on Twitter, since it would be no different from them. Twitter’s active user base of several hundred million is considerable smaller than that of YouTube, which has 2 billion active users, and of TikTok, with around 1.8 billion users. If Twitter becomes a direct rival to YouTube and TikTok, businesses may prefer to place their advertising with the more popular services. The dramatic rise of hate speech on Twitter, evident since Musk bought it, could be another incentive for both businesses and individuals such as creators to move to the other platforms.

A potential problem with being able to post long-form material is that it makes Twitter a more attractive way of sharing unauthorised copies. Even before Musk’s new approach has been implemented, people have been sharing full-length films by breaking them up into two-minute chunks posted as 50 or so tweets. The question then becomes whether Twitter’s team can take down such material fast enough.

On the plus side, allowing posts of long texts, videos and music would be a boon for creators who are seeking to promote and earn money from their work directly. It would enable them to upload extensive samples as part of a move to alternative business models based on relationships with fans rather than a dependency on intermediaries such as publishers or recording companies.

The latter are generally focused on controlling the use of works they distribute instead of using them to spread the word about the creator. The ‘true fans’ model, first articulated back in 2008 by Kevin Kelly, takes a different approach. It seeks to build on the relationship between artists and their fans to generate direct support in advance of creating a work rather than afterwards through selling books, music tracks etc. If creators are paid directly, they keep most of the money. Under the traditional business model, it is the intermediaries which reap most of the benefit, paying relatively small sums to the people who are doing the creative work.

When Kelly outlined the true fans approach, his thoughts were largely speculative. Today, the use of crowdfunding sites such as Patreon and Kickstarter to support artists and their projects is well-established and projected to grow strongly. According to one research report, crowdfunding was valued at $17 billion in 2021, and by 2028 the global crowdfunding market is projected to grow to $43 billion. Not all of that will go to creators, but many billions certainly will, which will put it on a par with payments made by traditional intermediaries such as publishers, film studios and music labels.

It is not yet clear what Elon Musk’s view on this alternative business model might be, but there are a couple of indications of his thoughts on intellectual monopolies from previous statements. For example, in September, Musk said: “I don’t care for patents”, and that “patents are for the weak”. He has not been so forthright about copyright, but back in May, he did tweet: “Current copyright law in general goes absurdly far beyond protecting the original creator”. At the very least, that suggests that he might be interested in using Twitter to support the innovative true fans model centred on the creators, rather than to bolster the current system where most of the gains go to the huge corporations that exploit them.

Glyn Moody has been writing about copyright, digital rights and the Internet for over 30 years. He is the author of ‘Walled Culture: How Big Content Uses Technology and the Law to Lock Down Culture and Keep Creators Poor’, which can be downloaded as a free ebook from the Walled Culture site.