Annually, French retailers and their suppliers are required to negotiate and agree upon pricing arrangements for the year to come. 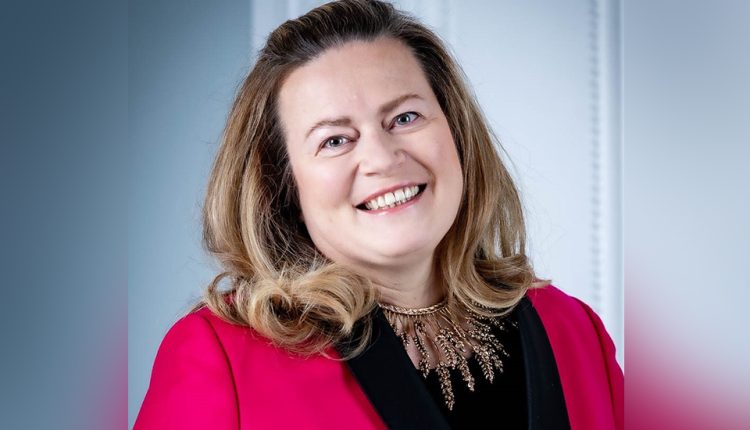 With the latest deadline for agreement on general sales conditions looming large, FLV & Associés partner Anne Granger takes a closer look at the obstacles facing the companies concerned and the challenges that they and the broader French business landscape must soon tackle.

For our international readership, could you briefly explain the convention whereby French retailers negotiate annual pricing contracts with suppliers?

In order to ensure transparency (including compulsory disclosure of international agreements) and a fair balance in the commercial relationships, suppliers and retailers are required by law to negotiate and enter into mandatory written agreements, each for a period of one to three years, setting forth their mutual commitments further to such negotiations. These agreements must set forth their mutual obligations for purposes of the agreed prices: prices, rebates, discounts, business plans, product ranges and services to support the marketing of products or the business relationships.

As more and more legal rules have been enacted to govern the fixation of prices (prohibition of rebates for fresh fruits and vegetables or for biocidal products, prohibition to negotiate the price of raw agricultural materials, specific disclosure of the structure of prices for agricultural products), the negotiations have focused more and more on the services and the counterparts offered by retailers, leading to the prohibition of granting advantages with no counterpart or which are clearly disproportionate vis-à-vis the value of the agreed counterpart.

Most of the commercial agreements are concluded on an annual basis pursuant to a very tight schedule, putting pressure on both sides; the supplier must send its general sales conditions – a key document for the negotiations – no later than 1 December of each year, in principle followed by comments from the retailers within a reasonable period of time. In fact, most of the retailers send back their template of their annual agreement ignoring the fact that, legally, the general sales conditions of each supplier should be the sole basis for the negotiations.

The annual agreements must be entered into no later than 1 March of the subsequent year. Time is therefore of the essence. In principle, no amendment can be signed thereafter without a justifying factor. The regulations that freeze commercial conditions for one year in order to protect suppliers proved to be a trap in the context of cost inflation as the retailers have been reluctant to renegotiate prices.

The annual agreements must be entered into no later than 1 March of the subsequent year. Time is therefore of the essence.

How are economic conditions affecting negotiations this year?

The current economic context adds pressure and constraints to the commercial negotiations. Logistic issues, the cost of raw materials (both agricultural and industrial) and the inflationary costs of energy, packaging and transportation are inevitably at the heart of the discussions and impacting prices.

That context is coupled with two additional elements: (1) the purchasing power of the French retailers acting through powerful purchasing groups (to date, three purchasing groups represent almost 80% of market shares) and (2) the continued expansion of EU or French environmental regulations (sorting, product composition, packaging, labelling, etc.) which have been impacting the R&D costs as well as production costs for greener products.

To offset the powers of retailers, French lawmakers constantly adopt new laws, the drafting of which unfortunately often raises new questions and add more work for suppliers to justify their prices. The result is that commercial negotiations take place in a fluctuating and poorly defined legal framework, where buyers and sellers are required to amend their previous contractual provisions to comply with such new laws, and where each party is naturally tempted to construe such new laws in a way most favorable to it. The best example is the new rules applying to logistic penalties (Egalim 2); none of the logistic agreements of the retailers have been modified to reflect such rules.

The immediate delisting of the supplier’s products is the ultimate threat raised by retailers during negotiations, and this practice is almost never challenged by suppliers in courts. Nevertheless, one should never forget that, even if the negotiations are made on an annual basis, most of the commercial relationships with retailers may be deemed to be ‘established’ ones and without a reasonable termination notice period during which the level of the turnover must be maintained, any termination is bound to be illegal.

In what ways is the new Egalim 2 law impacting contracts in the food distribution sector?

The Egalim 2 law pursues the same objectives as Egalim, i.e. to promote a fair balance between operators in the agricultural and food sector in order to respond to the existing imbalance between suppliers and retailers. The Egalim 2 law aims at supplementing the first Egalim law, to provide a better protection of farmers’ remuneration by reinforcing the regulation of the commercial relationships between the suppliers and the retailers.

For food products, Egalim 2 has prohibited negotiations on the price of raw materials and imposed, in the suppliers’ general sales conditions, a disclosure of the price structure of the suppliers.

The price-fixing clauses are regulated by a very complex set of rules according to which retailers now appear to be able to interfere in the products’ prices, in particular by being in a position to access and question the costs of production.

What should we expect to see in negotiations as we approach the end of the year? Are they likely to be very different from the present?

First and foremost, one may anticipate that the retailers will try to transfer their own cost increases, especially logistic costs, to the suppliers, arguing that they are doing the work of distribution and dispatching of products to the points of sale.

Both suppliers and retailers will have to deal with the lack of clarity and the complexity of the ever-changing legal negotiations framework. French administrative authorities frequently issue guidelines and opinions for the interpretation of the law. But while those could at best be considered ‘soft law’, they do not have the authority of statutes and do not bind courts. How such new legal provisions must be constructed will be an important part of this year’s negotiations.

In any case, parties must keep in mind that ‘reciprocity’ remains the key word in their negotiation process. Suppliers generally expect that retailers conduct fair negotiations as part of a long-term commercial relationship in order to reach an agreement which will both add value to their products and increase their turnover with the retailer.

Do you have any predictions for how these will affect the broader business landscape in France?

Because of the growing complexity of applicable law to commercial negotiations in connection with agricultural and food products, one can expect the negotiations to gradually shift from such types of products to non-food consumer products, which are also facing increasing costs and the inflation of industrial raw material but are not subject to such a complex regulation.

That being said, more generally, it is undeniable that commercial negotiations are becoming more and more technical, with an exponential increase of legal constraints.

The complexity of the legal framework as well as the lengthy negotiation process could eventually invite parties to enter into two-year or three-year contracts with automatic price revision or indexation clauses. In such cases, the choice of the price index will be all the more important.

In any event, it is important for any supplier to properly draft its general sales conditions in order to have a complete negotiation basis covering all the usual aspects of the negotiation, particularly logistics. These general conditions must indeed be drafted strategically as a key document for negotiation to deal in particular with logistics and the countless financial sanctions created by retailers.

Anne Granger is a member of the Paris Bar and a partner with the FLV & Associés firm in France. She is a graduate of the Panthéon-Sorbonne University law school and has extensive expertise in business law, in particular distribution, competition, consumer and EU law. She uses her wealth of experience in distribution and competition law to assist clients, mainly suppliers, in connection with the implementation of their product distribution strategies and the setting-up of distribution networks. She also handles antitrust matters (cartels and restrictive practices, including private enforcement actions).

FLV & Associés is a Paris-based business law firm that advises small and medium-sized businesses, as well as large public companies, in all areas of business law, and represents its clients in connection with judicial and arbitral litigations. The partners of the firm aim to develop long-term relationships with clients, providing them with personalised services performed by a team of qualified, seasoned and responsive lawyers. The firm is comprised of general commercial lawyers, each of whom also relies on certain specialized areas of expertise.