Where Should You Locate Your Law Firm in the Era of Legaltech?

According to Niamh Breslin, Territory Manager UK at IDA Ireland, the legal services industry is on the brink of a ‘legaltech’ moment. In this feature she explains that, while barriers still exist, the opportunities are enormous, not least among them the freedom to locate business operations in the most advantageous jurisdiction. 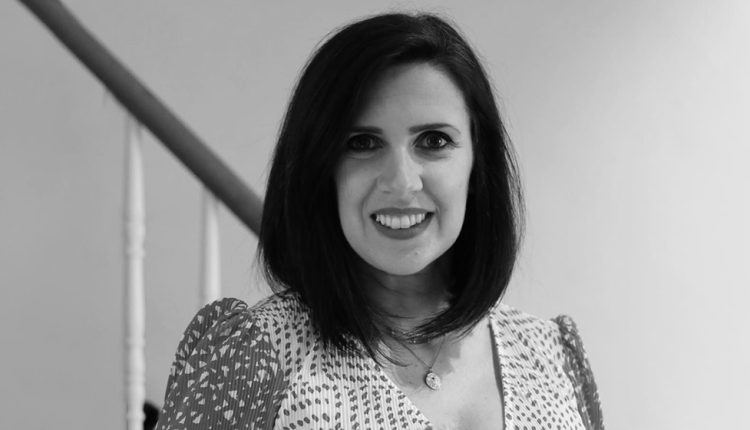 Is digitalisation finally creating a global legal services market? The boom of ‘legaltech’ certainly suggests so. The $901 billion legal services industry has been late to digitise compared to other service sectors like finance, but the fintech wave is now being followed by a shift towards legaltech, where it is likely to become every bit as disruptive.

Several recent initiatives within the industry have taken this to the next stage, showing the variety of ways that legaltech can be used. Ironclad, based in the US, develops automated contract management software, helping legal service providers review and document contractual agreements. Meanwhile, US legaltech provider Everlaw, offers cloud-based applications to improve workers’ ability to collaborate on legal projects. And in rebranding the legal process of discovery to ‘eDiscovery’, Evisort, Disco and Luminance have all implemented AI to support document analysis.

Many law firms already utilise legaltech providers, primarily in managing documents and client accounts. But beyond these simple implementations, law firms are mostly behind the tech curve seen elsewhere, meaning that the opportunities presented by legaltech remain largely unfulfilled. AI-assisted legaltech, as an example, has a low adoption rate, although one that will undoubtedly increase in the coming years.

Some barriers persist when it comes to the adoption of legaltech, which are worth understanding if the digitalisation of the industry is to progress. Three stand out, which are:

Infrastructural change: Smaller law firms find legaltech more challenging due to the changes required to a company’s infrastructure. Such changes require budgeting and structural reform often beyond their means. Furthermore, small and medium-sized law firms tend to secure funding through partnerships with senior lawyers. Adopting legaltech would therefore require permission from partners that may not be completely sold on the concept.

Educational needs: Adopting legaltech is challenging. Employing an individual with the legal and technical knowledge to operate the legal software is a further requirement. Quality of education varies across geographies, resulting in firms having to carefully consider where to locate. Certainly, access to a sufficient supply of high-skilled workers is a must.

Understanding: Confusion over the uses, opportunities and risks of legaltech is a further challenge. For instance, many are unaware of legaltech’s relationship with client confidentiality and data protection requirements. Other law firms avoid adopting legaltech as they trust the familiarity of traditional methods and view legaltech as potentially unreliable and prone to error. Certainly, this is the case with the low adoption rates of AI-assisted legaltech.

Despite the concerns, legaltech is expanding at pace into key markets such as North America and Asia. Indeed, in Asia, 73% of legal service providers are keen to step up their legaltech adoption rate. Yet the most beneficial location for Europe-centred law firms may be much closer to home: Ireland.

With the highest level of STEM graduates per capita in the EU and high rankings in the share of employment within the knowledge-intensive service sector, Ireland is enjoying the fruits of its investment in high-quality education. Between 2014 to 2020, Irish universities saw domestic enrolment increase by 17.4%, with first-class honour graduates increasing to a total of 23.5%. Some 25% of Irish graduates come from business, administration and law courses, resulting in Ireland possessing the capacity to provide a high-skilled workforce to the legal services industry.

Despite the concerns, legaltech is expanding at pace into key markets such as North America and Asia.

AI Investment and Other Future Technologies

The Irish government has made significant investments in the AI industry to generate a skilled, sizeable workforce to benefit business. With €700 million committed to research centres, helping 1,000 students secure PhD degrees in the past five years, and a further €100 million invested to support 700+ more PhD students, it is clear that the Irish government intends to make the country a hub for AI workers.

In fact, Ireland holds a leading position in AI with the highest number of EurAI fellows per capita. They also hold the highest share of enterprises utilising AI in the EU, with the WEF regarding Ireland as the AI Rising Star, based on available talent pools and the quality of AI research. Certainly, Ireland has the available workforce to support law firm’s transition to fully digitalising processes.

Ireland’s EU membership is also beneficial. As the world economy globalises and businesses become increasingly transnational, law firms find they must operate within foreign markets that have different legal systems to their home markets. Within the EU, however, laws are gradually becoming harmonised across member states, making it easier for law firms to operate in cross-border situations.

In this respect, IDA Ireland provides several services that ease the process of moving to Ireland for work – such as visa and work permit fast-tracking and inter-company transfers. These services are not limited to just the EU, but to high-skilled workers across the globe. That said, basing your law firm within the EU opens up access to 27 countries and 440 million people.

Arguably, common law is more beneficial for business and commercial use than continental-style coded law because it makes the legal process more flexible and provides leeway for innovation. Being in a jurisdiction that practices common law is therefore an advantage, especially as the legaltech wave began in the US and was able to work hand-in-hand with the common law system to help legal firms provide cutting-edge services to their clients.

Ireland also holds a unique position within the EU, being the only member state with a prominent financial centre that practices common law. This not only makes it a prime location for EU law firms, but for those outside looking to gain access to the EU while maintaining a common law primacy.

Many law firms have already taken advantage of these merits, allowing Ireland to facilitate a strong international legal ecosystem within its borders. Simmons & Simmons, Bird & Bird, DLA Piper and Dentons are examples of leading global law firms that have all set up office in Dublin over the past four years.

With current barriers to legaltech revolving around law firms’ limited digital expertise, the future will, for now, focus on designing slicker, user-oriented products that ease legal processes as much as possible. As legaltech progresses towards this goal, it could inadvertently democratise legal services, as digital applications become accessible to more than just the larger law firms. Again, this should help free law firms in terms of their locations: a prospect likely to benefit Ireland in the coming years.

Niamh Breslin is Territory Manager UK for IDA Ireland, based in the firm’s London office. She works with UK companies across all sectors as they grow their operations in Ireland.

How to protect your business from phishing attacks