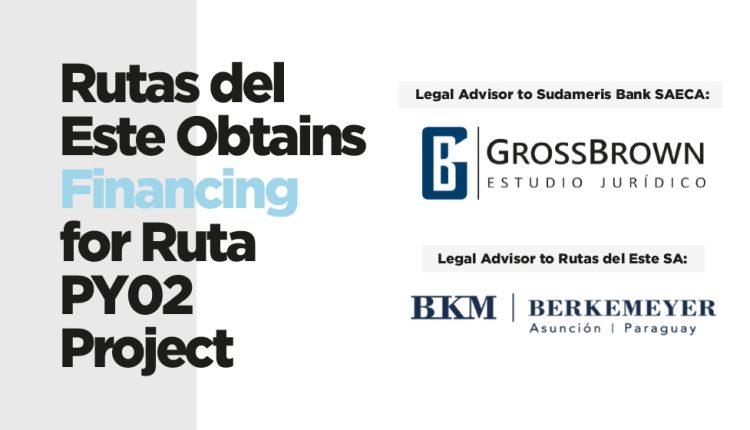 Rutas del Este is a Paraguyan contractor formed through the country’s first 30-year public-private consortium, and has received this loan to finance its additional work on Route PY02. The loan was granted within the Public-Private Partnership Contract for the construction of Routes 2 and 7, which is the first PPP Project of the Republic of Paraguay. The operation closed on 6 September.