How to Drive Greater Employee Inclusion Through Legal Contracts

The use of gendered language in documentation has persisted in the legal space to a greater extent than most sectors. 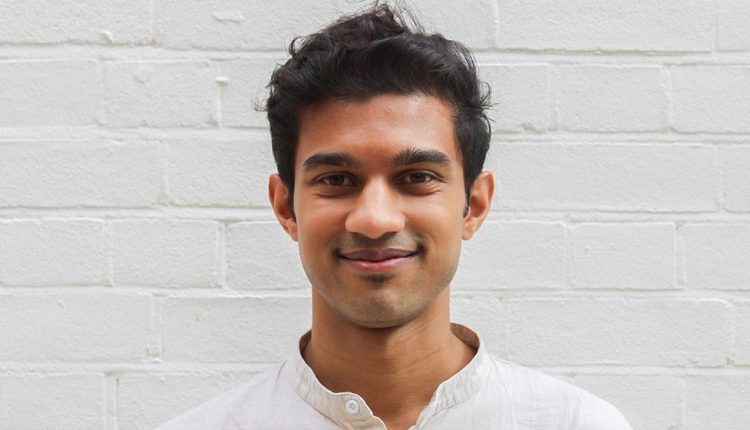 While viewed by some as harmless, this can have a deleterious effect on both clarity and a firm’s image. Rafie Faruq, co-founder and CEO of Genie AI, examines current efforts to enshrine gender-neutral language in legal contracts and how firms can tap into these efforts to create a more inclusive environment for clients and employees alike.

Over the years the balance of power has shifted from employer to employee, and rightly so. From introducing more equitable parental leave policies to creating a hybrid working environment that aligns with busy family lives, building more inclusive workplaces has become not just a moral prerogative but a competitive advantage.

But much of what influences inclusive environments comes from language, and particularly the wording of company contracts, documents and starter packs. We recently discovered that almost two thirds of legal contracts contain gendered language – a startling statistic. This is despite UK government legislation switching to gender-neutral language in 2007.

The use of gendered terms such as ‘chairman’ can reinforce entrenched exclusion-by-design attitudes and practices. People are continually moulded by what they read, hear and listen to, and the use of gendered language has the power to uphold outdated social structures, patriarchal narratives and power imbalances.

The wording of legal contracts, by outlining concepts like workplace policies, workers’ rights and contractual obligations, is a fundamental basis for setting the tone for the workplace environment. But how can legal practitioners take the lead in creating a more equitable workplace?

Why Gender-Neutral Language is Important

The main issue with gendered language is that it serves to reinforce stereotypes and upholds an exclusionary environment. If a document is continually littered with male pronouns, for example, it reinforces a patriarchal mindset. It is an issue that is still currently rife within legal contracts.

The wording of legal contracts, by outlining concepts like workplace policies, workers’ rights and contractual obligations, is a fundamental basis for setting the tone for the workplace environment.

The latest data reveals that contracts are 88% more likely to reference ‘himself’ rather than ‘herself’ and ‘chairman’ is 250 times more likely to be referenced in contracts than ‘chairwoman’. You would think these would be crazy statistics to think about in 2022, but they are unsurprisingly prevalent.

But there are, of course, also a number of other reasons to adopt gender-neutral or gender-inclusive language. These include improving clarity, removing ambiguity and being more reflective of a society that is less likely to conform to traditional gender binaries.

In terms of the former, if a contract is using the male gender as the ‘default’, then it is clarity that is going to suffer – how are you meant to tell whether a particular section is addressing men or men and women together, for example? If gender-neutral terms are employed, then it can create accuracy with meaning, and gendered terms can be applied as and when necessary for specific examples.

The latter reflects that the binary use of gender is fast becoming outdated and out-of-touch with society. It is fluid, and gender-neutral language creates a platform to ensure inclusive, respectful and anti-discriminatory standards are embraced.

How to Use Gender Neutral Language

Here is a list of some of the gendered words to avoid and that were used for the data analysis: ‘chairman’, ‘gentleman’, ‘herself’, ‘himself’, ‘ladies’, ‘Mr’, ‘Mrs’, ‘salesman’, ‘saleswoman’.

The research did showcase some evidence of a move (albeit slow) towards accepting and incorporating gender neutral standards. The use of ‘salesperson’ was more than twice as common as ‘salesman’ or ‘saleswoman’, and usage of ‘chair’ or ‘chairperson’ has also doubled in the past five years. The last five years have also seen more than a 10% decrease in the usage of gendered pronouns.

It seems like a relatively simple, necessary and worthwhile change to make. So, why is progress happening so slowly?

Stagnant Change and the Benefits of Modern Tech

One major reason why so many contracts still use gendered language is because of the time and effort that it can take to amend contracts that are ‘tried and tested’. The exercise of using legal teams to update a contract’s language to match up with the recipient’s gender is often a costly endeavour, so many just decide to keep gendered language regardless of the recipient’s gender.

So, what do you do if you are a company that is desperate to initiate these changes to contract drafting but you are stretched for time, money and resources?

Modern tech platforms are making legal support more inclusive so that contracts and workplaces can follow suit. There are community-led, AI-driven alternatives that remove the most tedious aspects of contract drafting. These alternatives can provide a database of gender-neutral contract templates that empower businesses to adopt more inclusive approaches to legal issues and ensure DE&I standards are met. And the best part? They can be accessed for free.

Should organisations be making a concerted effort to use language that does not solely refer to the male and female genders in order to reflect our diverse society? It is a simple answer – yes, of course. It should not just be something that is aimed for, but organisations and individuals should have a real need and want to do it.

Not only is it critical for breaking out of entrenched stereotypes and exclusionary messaging, but it has a practical need in creating clear, precise and unambiguous wording. In a wider sense, it creates a shift in traditional power structures, providing a voice to and including those who have been traditionally excluded – and discriminated against – by such documents and environments.

Legal Aid is in Crisis: We Must Act A Life in the Law: From Articled Clerk to Deputy High Court Judge

Recognising the power of words in legal contracts and company policies is a powerful starting point on your journey to greater employee inclusion. Tech opens the floodgates for easily accessible legal support for gender-neutral legal drafting – and that means building more inclusive workplaces is getting easier.

As we head into 2023, gender-neutral language should not just be a nice-to-have, but an absolute must-have.

Rafie Faruq is the founder of Genie AI and a lifelong programmer with an MSc in Machine Learning. Being a former derivatives trader and having studied philosophy and economics at university, he enjoys thinking laterally to re-create the legal infrastructure of tomorrow. During his career he has advised the Law Policy Commission, published on the Law Society and represented the Ministry of Justice on foreign trade missions.

GenieAI is a legaltech startup developing solutions that empower lawyers to draft contracts using the entire knowledge of the firm. The company also provides educational talks and practical training on smart contracts through the use of artificial intelligence.