AJ Associés played a major role in the restructuring of financially troubled French football club Girondins de Bordeaux on an agreement with its creditors to reduce its debt. 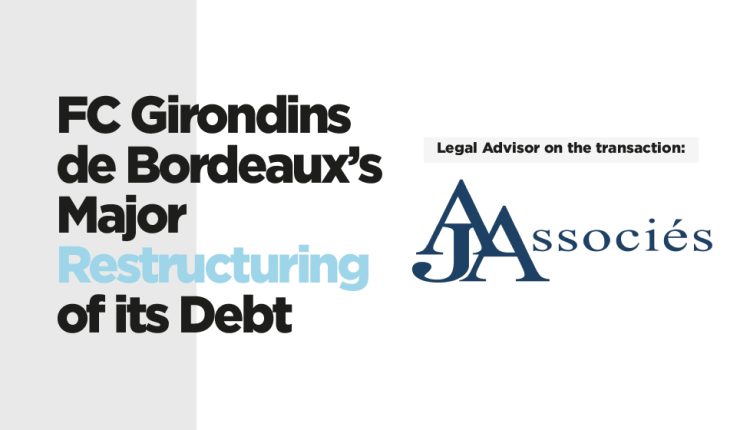 The deal was approved by the Tribunal de Commerce in advance of the club’s meeting with the CNSOF, the final governing body capable of overturning a decision by the DNCG, the French football financial watchdog, relegating Girondins down to the French 3rd division due to its financial difficulties.

The agreement provided for a €10 million capital increase by Jogo Bonito Group, a holding company owned by Gérard Lopez. The group agreed to put up a €14 million guarantee in the event that this amount could not be achieved in capital gains through the sale of players in summer 2022. King Street and Fortress also agreed to reduce the club’s debt by 75% out of the total €53 million owed to them by the club.