Does a DUI Conviction Count as a Criminal Offense?

A criminal offense is any act committed against a society that violates the law. For example, murder, rape, assault, fraud, theft, etc. 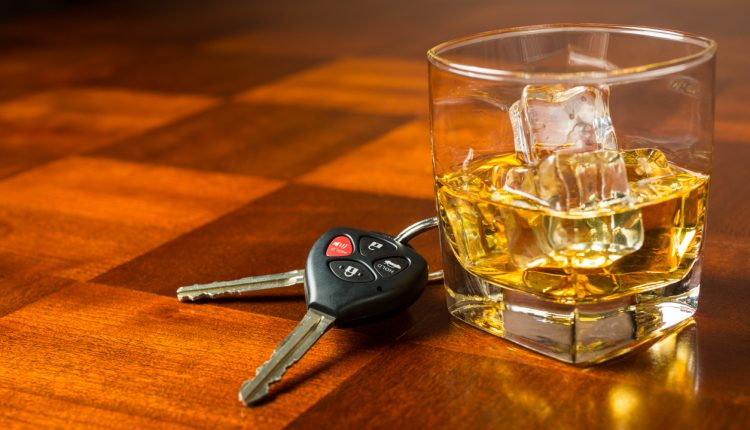 This means that even though you may have received a DUI conviction, it doesn’t necessarily mean that you will face jail time. It also depends on where you live.

In this article, we’ll explore whether or not a DUI conviction counts as a criminal offense, and how it affects your future legal status. We’ll also look at the penalties associated with a DUI conviction.

Is a DUI a Felony or Misdemeanor?

A DUI is generally considered a misdemeanor or a felony depending on how it is classified. A person convicted of a misdemeanor could face up to one year in jail and/or fines of $1,500. Someone convicted of a felony could spend several months behind bars and pay thousands of dollars in fines. The severity of the crime depends on several factors, including whether the defendant caused injury or death during the offense and what type of alcohol was consumed.

The law classifies first and second DUI offenses differently depending on where you live. For example, in California, a first offense is classified as a misdemeanor while a second offense is a felony. A person convicted of a third or subsequent DUI offense in California faces a prison sentence of 16 months, four years, or 10 years.

In some states, such as New York, a first DUI conviction is considered a misdemeanor regardless of the number of prior offenses. In others, like Florida, a first offense is treated as a misdemeanor only if there is no previous record. If there is a prior conviction, however, it becomes a felony.

A first DUI conviction in Utah is a Class B Misdemeanor. You could face fines ranging from $500-$2,500 and/or jail time of up to six months.

The definition of a misdemeanor offense depends on the specific jurisdiction where the crime occurred. For example, in some states, a person convicted of a second DUI faces a felony charge and must serve a mandatory minimum sentence of 90 days in jail. However, in others, the same offense carries a misdemeanor designation and does not require incarceration.

The state of Georgia does allow individuals to petition courts to reduce felony convictions to misdemeanors. But such petitions must be filed within five years of the date of the original arrest. And even if you successfully file a petition to have your felony DWI expunged, you’ll still lose your license for some time. However, it is always a good idea to contact an experienced DUI lawyer to check with you what is the case exactly and what could be done for you.

Many states mandate the installation of an ignition interlock device on vehicles driven by persons convicted of driving under the influence. Some states mandate the use of the devices on vehicles owned by individuals convicted of driving under the influence; others apply the requirement to both types of offenders. Ignition interlock systems prevent a vehicle from starting unless the driver provides proof of sobriety via a breathalyzer test.

A DUI conviction can carry serious consequences. Depending on the jurisdiction, it could mean a fine, jail time, probation, driver’s license suspension, or even loss of driving privileges. In some cases, a DUI conviction can be elevated to a felony. This usually happens when an individual has multiple previous DUI offenses, or when someone dies, gets injured, or has children in the car while committing a DUI offense. If convicted of a felony DUI, an offender faces up to five years in prison or a $10,000 fine.

A felony DUI conviction is one of the worst things that can happen to someone who gets into a car drunk. A misdemeanor DUI conviction usually involves a fine and maybe some sort of probation. If it’s your second or third DUI conviction, however, you could end up facing serious consequences like spending months behind bars or even being sentenced to life in prison.

In many states, including California, Florida, Illinois, Massachusetts, Michigan, New Jersey, Pennsylvania, Virginia, and Washington, D.C., a person convicted of a felony DUI faces a mandatory sentence of three days to six months in jail. In addition to that, a judge might impose additional penalties such as a suspended driver’s license, alcohol counseling, or possibly a requirement to install an ignition interlock device in his or her vehicle.

If a person has been convicted of DUI multiple times, he or she could be charged with a felony under specific circumstances. These include instances where the person has had two or more DUIs within 10 years, or committed injury or death while driving intoxicated.

Traffic Infractions Can Be Non-Criminal DUIs

Most people think of drunk driving as a serious crime. But in many states, a DUI is just a minor traffic violation. Some states call it DWI (Driving While Intoxicated), while others refer to it as DWAI (Driving While Ability Impaired). Either way, it’s still illegal and punishable by fines and jail time. However, there are certain situations where a person could receive a ticket for a DUI without being arrested or charged with a crime. For example, in New Jersey, a person who drives while impaired by alcohol or controlled substances can receive a civil citation known as a summons, which carries no criminal penalty. A person convicted of a DUI in New Jersey can face up to 18 months in prison, fines of $1,500 to $5,000, and loss of his driver’s license for one year.

In addition to a conviction for a DUI, a person can also lose his job because of a DUI. Many employers require drug tests before hiring someone, and those tests often include a blood test. If a person fails a drug test due to a DUI, he can lose his job.

What You Need to Know About DUI Criminal Records

A criminal record can make life difficult for those looking to move forward with their lives. Whether it’s because of a job application, housing rental, or even trying to rent a car, having a criminal record can put people off. In many cases, a person’s criminal history can follow them throughout their whole life.

But there are times when someone might want to clear up old records. For example, if a person was convicted of drunk driving, he or she could apply to have the case dismissed under the First Offender Act. If successful, the charge wouldn’t show up on future background checks and the individual could tell potential employers and landlords about the situation without worrying about a problem.

There are different ways to do this depending on where you live. Some states allow you to automatically petition to have a conviction removed once a certain amount of time has gone by. Others require you to go to court and ask for the charges to be dropped. Still, others offer no relief whatsoever.

In conclusion, if you have been convicted of driving under the influence (DUI) before, you may wonder if it counts as a criminal offense when it comes to applying for jobs or even renting an apartment. While most states consider a conviction for DUI to be a misdemeanor, others classify it as a felony. This means that someone who has been convicted of DUI will face harsher penalties than someone who was charged but never convicted. For example, a person who has been convicted of a DUI could face jail time, fines, license suspension, community service, and/or probation. However, if you were only charged with DUI, you would likely receive a citation instead of being arrested.

Most RecentOpinion & AnalysisUS
By Lawyer Monthly On Sep 20, 2022 0
0
Share FacebookTwitterGoogle+EmailPinterestLinkedinTumblr