With the variety of benefits that mediation affords to parties who engage in it, it has been adopted in many jurisdictions as a necessary precursor to litigation. What effect has this had, and what would the drawbacks be if it were expanded? 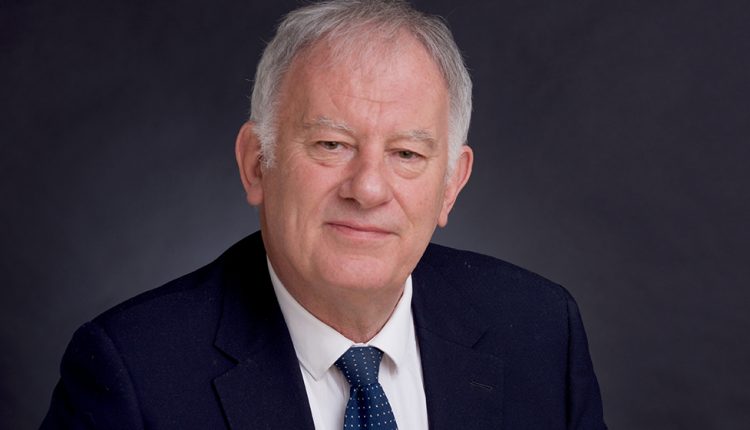 Experienced mediator David Bilbe offers his opinion in this feature.

The courts backlog is a growing burden on the UK justice system. How might a system of mandatory mediation assist in combatting this?

Mediation is one arrow in the quiver of alternative dispute resolution (see Jackson ADR Handbook 3rd Edition for a fuller discussion). Civil litigation in most cases is expensive, time-consuming and stressful for parties to a dispute. Mediation is a highly effective process for avoiding these factors and taking the dispute away from the ‘black and white, win or lose’ of a contested trial.

Compulsory mediation can and will reduce the backlog burden on the Justice System (although with further considerations considered below). It has been shown that across all conflicts, mediation can be 80% effective in resolving matters at first attempt – and even more so at second or third attempt.

However, the distinction needs to be drawn between the obligation to attempt mediation and a genuine objective to settle in good faith. An agreement to mediate was defined in Little v Courage when Millett LJ made the point that an agreement to mediate in such good faith requires parties to enter into such agreement and follow a defined process with an uncertain outcome. A system of mandatory mediation is unlikely to change attitude of parties to a dispute unless they understand and can see the possible benefits. One can force the horse to water but cannot force it to drink. That requires an understanding of the benefits and value of a professional mediation process.

What other benefits might arise from adopting mandatory mediation prior to litigation?

Mediation is a confidential process save for those rare exceptions where the law requires disclosure. This is vitally important in any dispute which may involve the need to maintain an ongoing relationship between parties, or where reputation is clearly at stake. Compulsory mediation in isolation is unlikely to be a complete answer to a dispute if the conflict calls for a ruling or judgment, or to allow for the progression of the common law.

However, mediation will remove the burden on the courts and thus allow the focusing of court resources towards those cases which either cannot or do not resolve for whatever reason. The line between robust encouragement of mediation and compulsion has eroded and will continue to do so. Bringing parties to the table brings a benefit with significant societal value and secures solutions which can go beyond those available through litigation.

It has been shown that across all conflicts, mediation can be 80% effective in resolving matters at first attempt – and even more so at second or third attempt.

A court will typically judge a ‘win or lose’, and the solution is in the main a monetary one. Mediation can and does go beyond that and provides for more creative solutions. This can include maintenance of a relationship, an apology, an offer to provide different or continued service as part of the agreement, or simply for a party to feel that they have aired their grievance to the other party. Transformative mediation seeks to change the relationship between parties – courts do not do that. Monetary settlements are part of this, but as Winston Churchill said, “The best evidence of the fairness of any settlement is the fact that it fully satisfies neither party”.

The benefit to any party in dispute to sleep soundly at night, get on with life both personally and professionally and remove the stress of a court appearance cannot be underestimated, and should be counted alongside cost concerns as a major benefit of the process.

By the same token, what are the downsides inherent in making ADR a compulsory prerequisite for litigation?

Compulsory mediation as part of the litigation process in the continuum from dispute to judgment will lead to consequences which may not be beneficial. If mediation is not entered into with full knowledge and good faith by both parties, then it can become a barrier to justice and a stage to go through rather than a holistic alternative to costly litigation. It is more useful to consider mediation as a parallel process than a hurdle to be overcome in order to move to litigation. A sensible and effective process which will lead in the main to a settlement at lower cost and higher efficiency is clearly attractive to parties in dispute. However, if that process is misunderstood or abused in any way then it will be a barrier to justice. The major downsides of compulsory mediation are:

Can compulsory mediation align itself with Article 6 of the European Convention on Human Rights and the right to a fair trial?

Rupert Jackson was clear on compulsory mediation: “Mediation should be encouraged but not made mandatory”. It should be considered as a parallel to the litigation process and not a sequential step towards court.

Bringing parties to the table brings a benefit with significant societal value and secures solutions which can go beyond those available through litigation.

Other jurisdictions have already adopted a compulsory approach to mediation. What have been the observed effects of this?

It could be argued that in some areas of UK law there is already compulsory mediation. Courts have wide-ranging powers to award settlements and cost orders which reflect the approach to mediation, and the more precedent which is seen, then the more prescriptive that can be seen to be. The European Union in 2008 issued a directive with the general objective of promoting mediation in cross-border commercial disputes. Italy elected for compulsory mediation as have Canada, Singapore, Australia and parts of the US. The general finding is that there follows a high percentage of settled disputes where parties are compelled to mediate.

Mandatory mediation is evident in the UK. There are clear pre-action protocols which parties in dispute are expected to follow. The family court requires parties to attend a Mediation Information and Assessment meeting prior to court proceedings. In employment cases, a party cannot secure a tribunal without early ACAS reconciliation. There is no doubt that the trend towards stronger encouragement and perhaps compulsory mediation will accelerate.

The experience in jurisdictions which have adopted full compulsory requirements is mixed. Yes, the number of cases settling has been impressive. However, not every case is appropriate for mediation and many lawyers argue that there is a fundamental denial of the right to access to justice in court which is masked by the impressive settlement results. In Canada there have been reports of mandatory mediation expediting litigation with narrowed issues, particularly in complex cases and this is understandably beneficial. However, at the same time the stated quality of settlement – particularly in simpler, straightforward cases – was found to be lacking, particularly where a power imbalance was evident. A trial has all of the safeguards of formality, advocacy and witness statements, whereas in mediation the skill, training and trusted capability of the mediator is vital to high quality and durable success for all parties.

In your view, how could the use of mediation in the UK be enhanced without losing the benefits it has to offer?

In the UK there are stronger calls for mediation in order to reduce cost, time and stress in disputes which will lead to litigation. There are pluses and minuses of compulsory and encouraged mediation. On balance, my view is that the following should occur:

Compulsory Mediation: Is There an Upside?

Overall, mediation should be retained as a flexible an effective parallel process and a highly successful alternative to litigation which does not deny access to justice. Encouragement of narrowing of issues in complex cases should be of importance. Courts and judges have a vital role to play in encouraging mediation and helping to ‘save parties from themselves’.

David BIlbe is a highly experienced banker and qualified barrister. With over 40 years of professional experience, including engagement in mediation and commercial negotiations and the management of teams of senior barristers and solicitors, he strives to bring methods of resolution that benefit all parties.

BASL was launched by David Bilbe to offer clients expertise in finance and banking dispute resolution. BASL is able to draw upon a wide network of mediators to aid clients, offering a range of services that includes commercial disputes, negligence, contract, finance, banking and related matters.