Following Brexit, the UK has adopted a new points-based immigration system intended to simplify the process and permit entry for the highest-skilled applicants. Now, 18 months on, the impact of the new system has been measured. 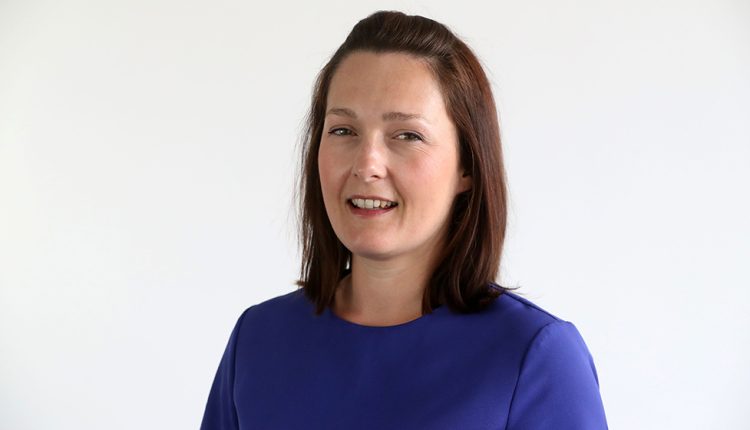 Prompted by Brexit, a new points-based immigration system was introduced in the UK in December 2020. The aim was to simplify UK inbound immigration and allow a wider group of skilled workers to come to the UK for work – opening the country up to the ‘brightest and best’ of overseas workers, particularly those working in STEM or tech roles. The new system applies now to all non-UK nationals who want to work in the UK, including EU nationals (except Irish nationals, who have retained their right to work in the UK without restriction under pre-existing laws).

Under the new system, and to secure a skilled worker visa, applicants need to score 70 points. Points are totalled based on the job offer received and speaking English, as well as depending on skill level and salary requirements. Points are awarded to said categories but can be traded to offset the total amount.

A points-based approach existed under the old system, introduced in 2008 for non-EEA national work and study visas. But as this research briefing from the UK Parliament explains, “visa eligibility was determined by satisfying a set of mandatory criteria, to which a fixed number of symbolic points are attached. This has arguably resulted in a system which is points-based in name only.”

In comparison, one of the key features of the new system is the ability to trade points. For example, if the salary for the role is not high enough to meet the standard minimum salary threshold (and accordingly the applicant does not get enough points for salary), the applicant can trade points elsewhere, for example by having a PhD in a STEM subject that is relevant to the role.

Points are totalled based on the job offer received and speaking English, as well as depending on skill level and salary requirements.

As such, the new system makes it easier for employers to sponsor people from outside the UK. It is a relatively conventional employer-led system, requiring the points-tested route where the applicant must have a job offer and must do the specific job for which they are sponsored. Gone are the time-consuming (and often artificial) requirements to advertise the vacancy in the UK before it could be offered to a sponsored employee on the previous immigration system.

Similarly, the skill and salary levels have also been lowered across many of the routes. For example, under the Skilled Worker route, the minimum skill level required for sponsorship reduced from degree to A-level or equivalent and the standard minimum salary level was reduced by around £5,000 (subject to the going rates for that role).

The UK has also updated its list of roles that are understaffed in the country. If a role appears on this list, such as web designers, scientists, engineers or veterinarians (to name a few), it is because labour is in short supply in the UK and accordingly, the visa eligibility requirements are relaxed slightly to allow a wider pool of overseas workers to fill the vacancies. This list is reviewed regularly but changes are seldom made.

In February this year, however, the list was updated to include roles in the care sector – allowing more people to qualify for the new Health and Care Worker visa as well as the Skilled Worker visa route. This was triggered by a shortage of care workers in the UK, which undoubtedly resulted from the loss of free movement of people following Brexit and the fallout from the pandemic.

Gone are the time-consuming (and often artificial) requirements to advertise the vacancy in the UK before it could be offered to a sponsored employee on the previous immigration system.

The new system has also been reactive to UK labour markets in other ways. October last year saw the introduction of temporary visas for specific categories of work that are also in short supply in the UK, including visas for HGV drivers, poultry workers and butchers. However, take-up of those visas was incredibly low, possibly because they only offered short-term work solutions in the UK.

More substantial visa routes have also been introduced in 2022 under the new system, including a range of global mobility visas in March and a route for high potential individuals in May. Most recently, in August, a route was introduced specifically for those looking to work in scale up companies.

What is clear is that a lot has gone on in the last 18 months and it remains to be seen what changes will be made in the coming years, given the government’s plans to further digitise its immigration system. But so far, has the new immigration system delivered what it promised: a system that allows the ‘brightest and best’ to enhance the UK economy and job market?

While the system has made immigration easier in some respects, in other respects many of the old issues remain. For most work visa routes, the individual wanting to work in the UK must have a sponsor. This is usually the business that will employ them. For the employer, this means there is still a requirement to apply for and maintain a sponsor licence, which is no small feat. The application process is still fairly cumbersome and expensive, making it hard for smaller businesses to afford to become a sponsor in the first place. The ongoing compliance duties are tricky for businesses to understand, and obligations are often missed, which can lead to a sponsor losing its licence and consequently its ability to employ non-UK nationals.

Also to be considered are the timescales for applying for a licence or making changes to an existing one. Home Office resources are stretched, and licence applications are taking eight weeks plus additional time to process (with changes to licences taking up to 18 weeks). The Home Office is trying to resolve these issues, for example by opening up more priority licence application slots on a daily basis and by taking a more lenient approach to sponsors who voluntarily report licence breaches.

Post-Brexit Restructuring Proceedings: What Are the Implications for Luxembourg? Why Are Legal Claims Against Insurance Companies Surging?

Many of the new routes, particularly the global mobility routes (most of which are revamped old routes), still have onerous eligibility requirements. For example, anyone wanting to come to the UK under the Service Supplier route must show that their work falls under a relevant international trade agreement, in some cases have degree level or equivalent qualifications and up to six years on the job experience, and be fortunate enough to have a UK sponsor. Such onerous conditions mean that this route is rarely used. For whatever reason, the UK has chosen not to hop on board the remote working visa trend that many other countries have introduced, calling into question whether there can truly be a globally mobile visa route into the UK.

The ambit of other routes is often misunderstood, and it remains to be seen how the new Scale Up route will fare, with applicants only having to work for their sponsor for six months before being free to explore UK vacancies elsewhere for the remainder of their visa.

Similarly, the general overviews on gov.uk for each immigration route can be too simplistic, often missing out key pieces of information on the eligibility requirements for each visa route. The more detailed guidance notes for sponsors and applicants are extensive, but they too can be confusing and tricky to navigate.

My best piece of advice to businesses here is to not be discouraged, and to seek legal advice to make sure they stay on the right side of immigration law. A good place to start is conducting an audit of your documents and HR systems to make sure you are compliant with your reporting obligations to the Home Office; are carrying appropriate right to work checks; and sponsoring suitable roles. There are serious financial penalties for businesses who do not follow the immigration rules, which should not be underestimated.

Alex Christen is a senior associate in Capital Law’s employment and immigration team. With over six years’ experience in providing businesses and individuals with immigration advice and praise from The Legal 500 for her professional approach, she supports clients across a range of industries on all manner of employment law.

Capital Law is a full-service commercial law firm, with offices in Cardiff, London, and Paris. Its clients include businesses of all sizes, from start-ups to large corporates. It also works with a growing number of not-for-profit organisations in education and social housing, as well as with regulators and governmental bodies. As a member of several international legal networks, its lawyers often advise overseas clients and general counsel in global companies.