Mediation and other forms of dispute resolution are receiving greater attention as alternatives to litigation. It is clear that mediation offers a less lengthy, costly and combative avenue for parties, but what is it that makes mediation work? 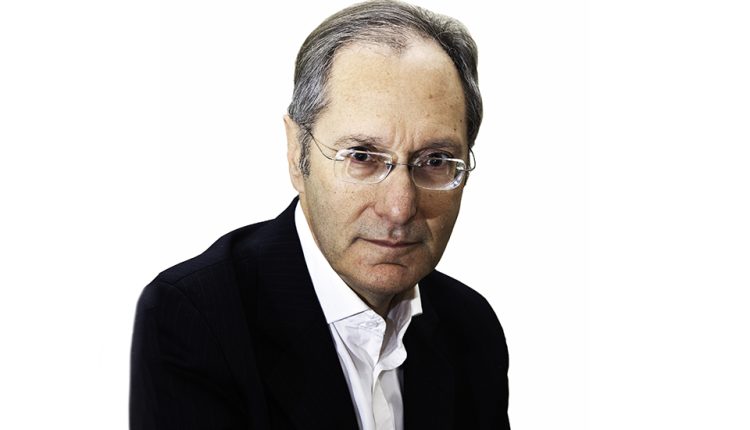 How did you get started in mediation?

For lawyers, mainstream property and commercial litigation is an exciting and rewarding job. I should know; I spent several decades at the London Bar doing precisely that. I have lots of dinner- party war stories that my kids can probably now recite by heart. The legal issues are stimulating and the dynamics, together with the thrill of a trial, and a good result for the client, all bring great satisfaction.

Most of us 20-30 years ago were not trained in negotiation, much less mediation. Like so much at the Bar, you learnt by osmosis, watching and emulating others whom you respected. Different practitioners had different styles, but often the approach was fairly binary: pay what my client wants, or something fairly close, plus most of our costs, or we will let the judge decide. I am exaggerating, but not much. Even that conversation generally took place close to the date of trial (if at all), or commonly outside court when the litigation costs had already been incurred.

Eventually, I became a CEDR-accredited mediator. I also sit as a deputy judge, which gives me a perspective from the other side of the bench!

Why do you think mediation works?

Not everything from the US is bad! Mediation was pioneered there and is now an established feature on the UK legal landscape. As most will know, it is a managed conversation between the parties – the earlier in the conflict the better – with a view to resolving the dispute. It is confidential, and if resolution is not achieved (80% of mediated cases are in fact successful) anything said in the mediation would be inadmissible in court. The mediator is neutral, but will test both sides’ cases gently to point out that the common misconception “We can’t lose” is exactly that – a misconception.

Not everything from the US is bad! Mediation was pioneered there and is now an established feature on the UK legal landscape.

There are lots of reasons why mediation works. For me, one of the primary reasons is that when the parties genuinely engage in mediation, they and their lawyers leave behind their combative roles to some extent and become engaged in a joint enterprise. That enterprise is to do a deal. They start interacting less as legal eagles and more as businesspeople. That means they are not limited to resolving the dispute by reference to the menu of remedies a judge may have, emanating from statute or the common law. They can be creative and imaginative. I have had several property mediations in which one side has said to the other: “Tell you what, how about we buy you out – will that help?” and the other side has responded: “Maybe, but how about we ditch our claim for (insert this, that or the other) we both pay our own costs, and we shake hands?”

Of course it does not end there, and mediations are frequently not fireside chats. They are hard and exhausting work, sometimes with blood on the carpet at the end of the day. But their conclusion is a deal, instead of an expensive fight which could have gone on for years with an uncertain outcome. The terms reached are often not those which could have been open to a court, in any event.

Has COVID had an impact on mediation?

Undoubtably. First, many cases were put back because of the repeated lockdowns; the pressure on court staff and the judiciary was considerable. Parties knew that the already lengthy periods of lead-up to trial were likely to become even more elongated. When firms of lawyers and large institutional litigants turned increasingly to mediation, they found that it was a faster, more manageable and commercially advantageous method of dispute resolution.

Secondly, during the periods of high infection rates, people found that remote mediation was not only as effective as face-to-face mediation, but even had some advantages. For example, sadly, sometimes the ill-feeling between parties is so intense that they would prefer not to be in close proximity to each other. This hostility might previously have precluded a mediation altogether. Post-COVID mediation by Zoom or other remote platforms became what is now a permanent feature in the mediation world. Digital break-out rooms ensure confidentiality, travel costs are minimised, and it becomes logistically possible to proceed with a mediation involving participants all over the world simultaneously (I recently conducted a family property dispute with some family members in the UK, another in California, and a third in Florida!)

Why is Dispute Resolution on the Rise in Singapore? The Case for Family Mediation

What do you see as the most important current developments in mediation?

There are two major developments.

First, the courts are becoming ever more robust in using costs orders to penalise parties who unreasonably refuse to participate in a mediation. This is not the place to list all the authorities for you, but even successful parties may not recover all of their costs if the court concludes that the issues might have been narrowed or even resolved had a mediation taken place – and that the refusal to mediate has resulted in increased costs not only for the parties, but also has caused disproportionate use of the courts’ personnel and resources.

Secondly, the address of the Master of the Rolls, Sir Geoffrey Vos, to the Chartered Institute of Arbitrators, in the context of the Annual Roebuck Lecture in June this year makes it clear that there is now an agenda within the higher judiciary to incorporate mediation into the judicial system. Mediation will no longer be ADR (“Alternative” Dispute Resolution) but procedure subsumed within the court process. The objections to mandating mediation are being steadily eroded. This is absolutely novel, and I think will very much change the face of litigation in the UK, bringing it in line with other forward-thinking jurisdictions abroad.

Stephen Shaw is a property and commercial mediator, a part-time judge and a mediator member of the Legal 500 Hall of Fame. Described by parties as “calming” and “focused”, his extensive experience as a litigator and his continuing judicial positions enable him to identify contentious issues swiftly and sensitively.