This month we have the pleasure of hearing from Avigal Horrow, a California lawyer whose work has manifested in many forms. 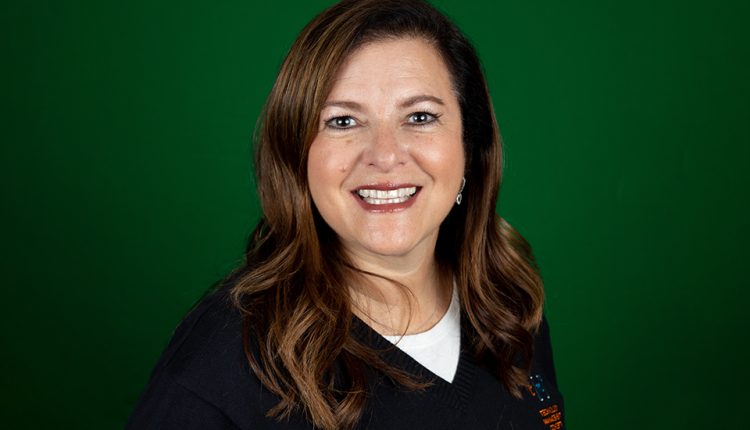 Over the course of her storied career, Avigal has been a legal consultant, a general counsel, a crisis centre response coordinator, and more besides. She shares the story of her professional development with us in this feature, along with her plans for the final stage of her work as a lawyer.

Graduating from law school in the mid-90s, I thought I had it all figured out. I wanted to be a prosecutor specialising in cases of domestic violence. I had interned for Casey Gwynn, a lead city attorney in San Diego at the time, who was brilliant and passionate and in whose footsteps I wanted to follow.

So much for dreaming!

Instead, I took what I could get – which was the first plaintiff firm that would hire me and help me pay back my student loans. I was seeing many kinds of cases in general civil litigation and family law, but it just was not doing it for me. I was newly engaged to my best friend and fellow law school classmate who was living and working in LA, which led me to my second job with an insurance defence firm in LA. I loved the fast pace of litigation, the depositions and arbitrations and court appearances, until I started a family.

The second chapter began with working a slightly modified schedule as a general counsel, focusing on employment practices, human resources and risk management. I learned that I loved operations and implementation of proactive policies to limit back-end liability exposure. During my tenure as general counsel, I enhanced corporate policies and procedures for national and international operations as well as the oversight and administration of all aspects of human resources and risk management compliance.

I took what I could get – which was the first plaintiff firm that would hire me and help me pay back my student loans.

Additionally, I was involved in business and employee development, corporate governance and licensing for Inter-Con’s corporate headquarters as well as operations in over a dozen countries on four different continents. Although I loved this job and was exposed to the most interesting issues with the highest learning curve, it was simply geographically undesirable. In a city where it can take over an hour to travel 12 miles, 30 miles could take an eternity. Having three daughters under the age of three, I just could not be in all places and give enough to all aspects of my life.

Chapter Three took a little time to figure out. Over many brainstorming sessions with my husband, we tried to capture how to utilise the skills I had garnered thus far through litigation and my experience in business, particularly regarding exposure to operations and oversight of employment practices, human resources and risk management. I found a huge gap in small to mid-sized businesses that did not have full-time human resource departments or access to legal oversight.

As such, I formed AH Consulting Group and became an outsourced human resource and legal department for small to mid-sized local businesses. It was more transactional in nature, which meant that I could do my work from anywhere and at any time. The only start-up cost I incurred was a highly functional laptop, business cards and professional liability insurance. While I was successfully developing customised policies and procedures and employee handbooks unique to the businesses I was representing, I also facilitated recruiting and safely separating employees. Additionally, I began performing investigations related to claims in the workplace for any genre of harassment.

Having three daughters under the age of three, I just could not be in all places and give enough to all aspects of my life.

After one particularly nasty and intense sexual harassment investigation, my client, a city, asked for me to consult almost full-time to assess employment practices across their entire organisation. Basically, I was on site, auditing all aspects of their employment practices and making suggestions and recommendations for implementation. Eventually, that same client hired me full-time as a city attorney to implement my recommendations and to oversee the human resources department and their risk manager. This city had few residents and was run more like a business, which also gave me additional insights into business practices and operations.

After working at the city and having worked in litigation, a for-profit business, it was now time for me to explore the business of non-profit organisations and return to my initial passion and concern for victims of domestic violence. Hence began Chapter Four.

Having graduated with massive amounts of debt from my undergraduate university and law school education which took 17 years to pay off, I was ready to give back to my community full-time. I had spent a significant amount of time on the board of a domestic violence shelter and had been involved in many philanthropic activities with my children over the years, but I wanted to understand the actual business side of the non-profit world.

In 2013, I began working as the outreach and education provider for 1736 Family Crisis Center (1736) and coordinated all community response and relations on behalf of the agency. In that role, I prepared and presented educational presentations on issues of domestic violence, youth homelessness and human trafficking to wide-ranging audiences, including health and human service providers, service clubs and government officials. Through these efforts, I helped raise public awareness of these critical issues, advocated for stronger community collaboration and provided linkages to 1736’s various programs and resources for homeless and at-risk youth, homeless veterans, victims of domestic violence, victims of labour and sex trafficking, and low-income families.

Over many brainstorming sessions with my husband, we tried to capture how to utilise the skills I had garnered thus far through litigation and my experience in business.

During my time at 1736 I had the opportunity to help create a federally funded street outreach program that focused on homeless youths between the ages of 16 and 26. It was so inspiring and impactful that it only confirmed my desire to start a foundation of my own. I left 1736 in December 2019, just before the pandemic hit.

Chapter 5 is where I am currently. During the first two years of the pandemic, and while I was slowly building out the concepts for my foundation, I agreed to work part-time as a fractional general counsel for Technology Management Concepts, a sales and consulting firm based in El Segundo, California. I had maintained my relationship with them as an employment practices consultant since 2008. Additionally, I continued to handle the employment practices at Donahue & Horrow LLC, a firm handling bad faith insurance and medical malpractice that is also located in El Segundo, California.

What I was not expecting was for my involvement to grow in both businesses as much as it did. The rules regarding employment practices in light of the pandemic were changing daily. Having always had a passion for operations, I became an integral part of TMC and began to oversee the outside marketing firm for D&H in addition to the employment practices that had always been my specialty.

At TMC, the business avenue for selling and implementing Microsoft business solutions that enhanced the ability for virtual communications was doubling in customers and consequently in employees. I was reviewing and negotiating contracts daily as well as on-boarding and integrating new employees into a virtual world at record speed. Furthermore, in light of their success, their CEO was smart enough to realize that although success was natural due to external circumstances, it was time to implement strategic management practices to intentionally create the continued success they were having. As such, I was fortunate enough to become part of their executive team to aid in learning and planning for their continued success.

How Has Arbitration Emerged in Saudi Arabia? From Tambo to Mandela: How 90s TV Inspired My Legal Career

At D&H, I worked on a weekly basis with one of their three partners, their office manager and an outside marketing firm to learn and create methods for letting the world know about their extraordinary litigation skills and successes, even during the pandemic – demonstrating how they could be virtual and still give great care to each and every client on every level. I learned how to promote and maintain the firm’s integrity, morality and humility while sharing client testimonials that could speak for themselves.

The final chapter begins now that there have been great achievements and developments in how to protect our first responders and patients from COVID-19, it is time for me to return to my mission of pursuing my final chapter: launching my legacy of a giving circle in the South Bay of Los Angeles. This circle will be formed with and by a group of people who value civic engagement and education regarding the issues that face our less fortunate communities on a daily basis – and for whom things got exponentially worse during and in the aftermath of the pandemic. The goal of the giving circle will be to educate each other about the issues facing less fortunate communities in the South Bay of Los Angeles, to inspire philanthropy and to create an impact by pooling funds and making annual grants that will change those communities one life at a time.

I am hoping to launch the giving circle in September or October 2022. Mindy Friedman, the founder of the SAM Initiative, an amazingly successful giving circle formed 10 years ago on the west side of Los Angeles, has been a huge source of inspiration and a mentor in this process.

I am so grateful and excited for this last chapter – to take everything I have learned during this journey, together with the help of my family, closest friends and my community, to make a lasting difference, which will be the epilogue of my story.

Avigal Horrow has worked in various capacities as a licensed attorney for over thirty years. She first worked as a litigation associate for Fonda, Garrard, Hilberman & Davis and then Prestholt, Kleeger et al, specializing in public entity and insurance defense litigation. Avigal has gone on to serve as general counsel for Inter-Con Security Systems, thereby gaining further experience in litigation, arbitration and mediation. She has also enhanced corporate policies and procedures for national and international operations, as well as the oversight and administration of all aspects of human resources and risk management compliance. Avigal also performs non-legal work in furtherance of her commitment to social justice and human rights.

AH Consulting Group is owned and operated by Avigal Horrow and has been assisting businesses with employment practices, contracts, risk management and human resources from both a legal and business operation perspective for thirteen years. Clients have been from both the private and public sectors as well as non-profit organisations and have included litigation as well as transactional work.