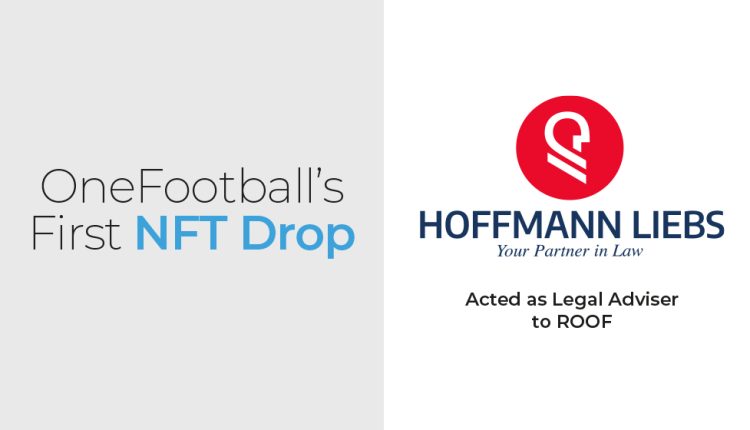 At launch, Aera will host NFTs by Raphaël Varane, Alphonso Davies, Robin Gosens and two other top international players ready for sale as its “first drop”. Further officially licensed NFTs related to top footballers, clubs and leagues will also be created and marketed on the platform going forward.

Hoffmann Liebs advised ROOF on the drafting and negotiation of the underlying contracts as well as on matters relating to sports law, competition and personality.

“We are pleased to be able to participate so directly in one of the most discussed topics in the digital industry and thus also to show the scalability of legal advice – especially in the case of NFTs, where binding framework conditions are still missing in many places,” said Hoffmann Liebs Partner Dr. Philipp Wehler in a statement.

Lawyer Monthly had the pleasure to speak with Dr. Philipp Wehler, Partner at Hoffmann Liebs, to give us some further insight into this transaction:

Please tell us more about your work in facilitating the NFT drop.

Particularly in the context of currently discussed topics, it is important to deal with legal requirements calmly and confidently – because contracts, once concluded, retain their validity even after the hype surrounding the topic has died down. Since we are also operating in a barely regulated market in the NFT sector, legal solutions are needed that not only take into account the here and now, but also adequately cover possible future scenarios and minimise the risk of later imponderables. This not only concerns the contractual relationship between the player agency, its players and the NFT platform, but also extends to other issues such as the use of the players as a brand. All of this requires a solid legal framework, which we were able to successfully establish in cooperation with our client.

Were any significant challenges overcome in the course of this operation? If so, how did you overcome them?

In the present constellation, several individual interests come together: that of the players’ agency and the players it represents, but also the interest of the NFT platform and, last but not least, the interest of the NFTs’ potential customers, who are usually also fans of the players and their “brand”. In a very dynamic market, it was therefore a matter of arriving at a solution that was legally viable but also economically sensible, with only very limited possibilities to fall back on existing legal material such as case law that had already been handed down. This meant that close coordination, extensive research and a certain amount of self-discipline were required to look not only at the facts of the case, but also at the big picture. In this respect, it was a mandate that was not only very exciting from a lawyer’s perspective, but may also serve as pioneering work in this particular field.

What opportunities do you expect the launch of Aera will create within the football sector?

We firmly believe that this is the beginning of a technological development whose further course can hardly be seriously predicted. In particular, the high degree of dynamism not only in the discussion about NFTs, but also in top-level sport in general, demands not only that those involved keep a watchful eye on current trends at all times, but also opens up veritable risks that must be avoided. In terms of the football sector, this first NFT drop undoubtedly represents a milestone in terms of professionalisation. Today, it is no longer just the performance of the player that counts, but also, to at least the same extent, the ability to market oneself, the branding of the individual. On this basis, it is highly likely that trading with NFTs will continue to enjoy great success – which, however, also depends to a significant degree on the quality of external consulting.

DealsM & A
By Dr. Philipp Wehler On Jul 28, 2022 0
0
Share FacebookTwitterGoogle+EmailPinterestLinkedinTumblr