Significant changes are coming to the UK family courts. The long-awaited implementation of no-fault divorce has allowed for less contentious divorce proceedings, and additional funding for mediation has provided another viable way to resolve disputes relating to children. 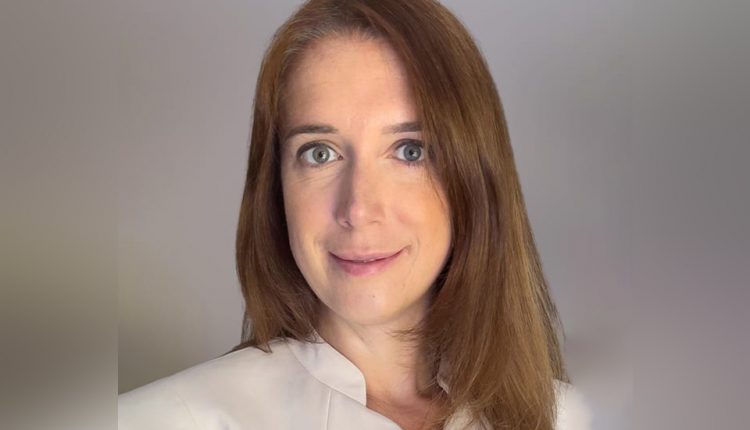 Stowe Family Law partner Amanda Phillips-Wylds shares a little more about these changes and what they have in store for family law in the UK.

One of the biggest changes to divorce law was implemented earlier this year, with the introduction of no-fault divorce in England and Wales. Coming into force on 6 April 2022, this change in law removed the necessity of placing blame on one partner in a divorce and has had a substantial impact on the way proceedings work and the relative ease of the process.

One of the primary aims of no-fault was to reduce acrimony in divorces, and the family justice system as a whole is undergoing significant modifications to try to reduce contentious divorces and keep cases out of court. The impact of the pandemic has been felt across many areas, including the family courts in England and Wales, causing additional strain and backlog on an already overwhelmed system. No-fault divorce, along with other implementations, highlights an ongoing commitment to ensuring that most matters can be resolved away from the court.

As part of this commitment, extended funding has been introduced for mediation for children disputes. The additional funding will reach £5.38 million, raising the total invested in the scheme to £8.68 million since March 2021. The scheme itself is run by the Family Mediation Council for the Ministry of Justice, which supports divorcing couples in finding mutually agreeable solutions. This ultimately frees up space in the family courts, as most proceedings can take place outside of it.

Since no-fault divorce was implemented in April, divorce enquiries have risen. In the week following the law change, there were 3,000 divorce applications, a huge increase on the average of 2,000 per week prior to the reforms. What this highlights primarily is the willingness of couples to go through their divorces more neutrally and reduce the bitterness, which can so often be a feature of the process. With the introduction of these latest reforms and funding, there is a new emphasis on focusing on the practicalities of divorces in a more constructive manner, away from the stressful environment of the court.

No-fault divorce, along with other implementations, highlights an ongoing commitment to ensuring that most matters can be resolved away from the court.

What is also evident is the change in tone, and the realisation that divorce proceedings can take place more privately and more amicably. There will, undoubtedly, be couples who require court input. However, the backlog on the courts will begin to reduce, with more couples able to settle differences outside of court, particularly regarding children. In addition, the mediation voucher scheme gives up to £500 to help parents attending mediation come to more measured conclusions about the future of any children they have. The courts can then use their resources to reduce the backlog and cases that require court involvement.

There is clearly a demonstrable need to reduce the number of families in the family justice system. Statistics from a Cafcass study show that in 2020/21, there were 97,496 children involved in private child proceedings. This is a marked increase of 23.1% on only 3 years prior for 2016/17 years. In the public law space, there were 146,129 children involved in proceedings in 2020/21, which had risen by 16.4%. Not only are these numbers clearly unsustainable, but the length of time taken for a case to conclude has reached an average of 45 weeks – a number the family court system simply cannot maintain.

The readjustment of focus towards solutions found outside the court is both beneficial to the families themselves and to the court. The Family Mediation Council (FMC) conducted a survey which revealed that mediation is successful in over 70% of cases. The increased funding and availability of mediation vouchers will financially and emotionally support those couples for whom mediation would be unaffordable.

Beyond this, the scheme has also raised the profile of mediation itself, and further research from the FMC highlighted that after an initial meeting, three quarters of families chose to pursue mediation as the best option. The FMC said that “This is despite the fact that many don’t know anything about mediation or think that their partner is so unreasonable that mediation will never work”.

There is clearly a demonstrable need to reduce the number of families in the family justice system.

Mediation is a wise choice for parents. It allows them to have more control over the outcome and futures of their children. Should the case end up in court, this power is taken away from the parent and given to the court, often resulting in further stress and heartache. A judge does not, and cannot, know the couple or their child or children as people, and sees the case from an outsider’s perspective. Mediation is likely to alleviate the risk of an unhappy ending for all involved.

Most parents who go through a divorce understand that whilst their relationship as a couple has reached its endpoint, their role as parents has not and their relationship to one another as parents continues. Most parents want the best for their children, whether or not they want the best for their ex-spouse. By attending mediation, parents can explore the issues in a friendlier setting, where communication is encouraged, and the key matters can be decided upon to achieve the best results for everyone involved. Those day-to-day areas of life, such as children’s screen time, bedtime, gifts, or how parents will communicate the new way of life to their child, are hugely important to parents. Unfortunately, these are unlikely to be heard by a judge, but can be delved into in mediation, making it a much more effective option.

Judges are not in a position to deal with the emotions of a divorce. One judge explained the benefits of mediation recently from this perspective: “I cannot order people to be nice. However, in mediation, parents can discuss matters and hopefully improve their communication so that they have the tools to resolve disputes, thus avoiding court now and in the future.”

Courts must make their decisions based on the child’s best interests. This cannot always take into account the ins-and-outs of family relationships and personalities, which is where mediation comes into play. The mediation scheme will allow more people than ever before to work through differences to find the best outcome for the child, filling in the gaps that the court cannot get to due to time and resource constraints.

In saying all this, mediation is not always the most appropriate course of action. In cases, for example, where there are allegations of domestic abuse, child safeguarding concerns or parental alienation, these must be brought before the court. The family justice system needs to work efficiently and effectively for these cases and be accessible to those who need it.

The family court is, unfortunately, not infinite, and access to it can be protracted and expensive. Access to the justice system is multifaceted and requires several components to make it work:

This last point is distinctly important in the discussion of the mediation scheme. Government investment in this area is vital in ensuring that everyone who needs access to the justice system can afford it. It cannot be confined to the wealthy. Some may argue that the focus on mediation and other dispute resolution services is purely designed to take away access to the justice system. This is not the case: increased funding in this area creates a family justice system that helps support families and finds solutions to their problems in accordance with individual circumstances.

It seems that the changes to divorce proceedings – no-fault divorce being the most notable – in recent months is shifting contentious divorces to the sidelines in preference of more amicable decision-making processes. Hopefully, over the coming months and years, we will see improved access to facilities and reduced strain on the family justice system.

Amanda Phillips-Wylds is a managing partner and Head of Thames Valley for Stowe Family Law. She is a resolution accredited specialist with particular experience in resolving mid-to-high-value financial disputes on divorces involving complex issues such as business assets, overseas assets, fraud and interveners. Her practice also includes advice on prenuptial agreements, applications to vary maintenance, disputes regarding arrangements for children and cases involving cohabitees. In addition to this, she holds the Law Society’s Family Law accreditation.

Stowe Family Law is the UK’s only national law firm completely devoted to family matters. With its team of over 80 lawyers, the firm provides services concerning divorce, mediation, prenuptials, child custody and many other aspects of family law.