Throughout the modern world there is a developing trend of dissatisfaction with the perceived politicisation of the judiciary. New efforts are being made to devise systems of governance that will insulate the judicial branch from political bias. 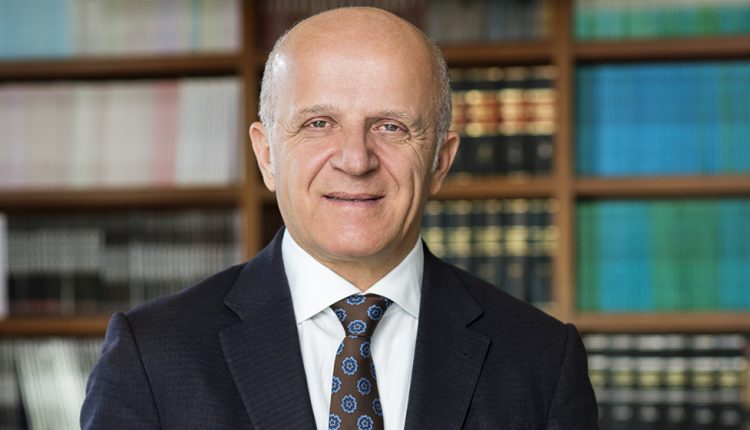 In this article we hear one such proposal from Mehmet Gün, international lawyer and founder of the Better Justice Association, an independent think tank focused on democracy and rule of law.

The relationship between judges, political leaders and voters is becoming increasingly fraught around the world. In the UK, the recent Queen’s Speech promised to “restore the balance of power between the legislature and the courts” – a move that was promptly branded a “power grab by the state” by some commentators. In the US, public anger against the Supreme Court’s leaked draft of an abortion ruling to overturn a landmark 1973 jurisprudence in the Rove v Wade decision – and President Biden recommending that the Court should not do so – also underlined this year how much the judiciaries have become politicised and how important it is that judges are made properly accountable.

The US Supreme Court has become divided along party lines.  Former President Trump went so far as to call judges “so-called” judges and “Obama judges”. In the UK, judges have been accused of being “enemies of the people”. In France, the notorious Outreau Case was described as a “judicial disaster” with the French judiciary accused of shattering lives. In Poland and Hungary, the ruling parties have attempted to remove unfavoured judges and install their loyalists.

In my home country, Turkey, the judiciary has been widely criticised for becoming an instrument in political cases and for hindering dissent with thousands of prosecutions for slandering the president. Similar stories are frequently reported.

The World Justice Project Rule of Law Index recently highlighted that amid attacks from interventionist politicians and populist media, portraying themselves as champions of “the people” against privileged elites, the rule of law around the world is weakening.

As the judiciary is the most vital institution to ensure the survival of a democratic society, it must be continuously protected and nurtured. Judges must be treated appropriately, and it must be ensured that they in turn fulfil their duties efficiently. They must serve society with a top-quality judicial service that is proportionate to the importance of their role as well as the great powers and exceptional privileges provided to them.

As the judiciary is the most vital institution to ensure the survival of a democratic society, it must be continuously protected and nurtured.

Judges are supposed to rule impartially and independently, free from prejudices and outside influence – particularly from politicians. When their rulings are perceived to be politically driven, the judiciary is attacked, with attackers claiming in essence that the judges would rather rule against the will and interests of the society than protect the public. Given that judges are selected and appointed by politicians for their political lenience, is it not natural for their rulings to be or perceived to be politically motivated? When politicians appoint judges, how can the public be sure that the judiciary is independent? Can the public in the US, for example, be expected to be fully satisfied with the ruling of a Republican-majority Supreme Court? A further difficulty here is that human beings are intrinsically political and cannot be expected to be apolitical in all things, with judges being no different.

Consequently, the question is: How do we deal with his paradox? Why do the public complain about the political lenience of the judiciary while politicians are mandated to keep the judiciary on a leash?

Finding the Root Cause

It is the accountability of the judges that is the main factor which distinguishes judiciaries as being better or worse service providers. It is only natural for the judiciary to be scrutinised, and the combination of free speech and a free press can result in the judiciary serving the people better. In jurisdictions where the judicial office is taken for granted and an opinion holding that accountability compromises judicial independence prevails, it is not surprising that the judicial services lack elements of essential quality. Avoiding accountability for failing to serve the people by hiding behind judicial tenure and purported judicial independence creates a perfect environment for distrust in judiciaries. It is also a perfect environment for justices to rule according to their political agenda, led by loyalty to their appointer.

It is the accountability of the judges that is the main factor which distinguishes judiciaries as being better or worse service providers.

Therefore, it appears that the loss of trust in judiciaries stems from the lack of accountability, and I am convinced that the root of the problem is mainly the lack of accountability combined with a lack of quality of judicial services. It is because of the accountability issues that the people mandate politicians to stand up to judges. Only if the judiciary serves the public properly and is truly accountable will the people support the judiciary and defend it against the politicians. Therefore, to earn and protect its independence, the judiciary must deliver quality services to people and be held accountable for its performance.

Accountability to People, Not Politicians

Instead of creating political masters for the judiciary, a unique system of accountability needs to be devised. The judiciary should be regulated by an autonomous regulatory body dealing with all aspects of the judicial service: policy, principles, planning and operations, etc. It should be watertight against even a hint of influence by any individual, group or coalition. It should ensure that the promotion of judges and other service providers is based on their performance in providing quality judicial services, and judicial appointments should be open to all suitable candidates in open transparent competition, which should involve public debate.

Having analysed the issue in depth, we at the Better Justice Association feel that the optimum approach is to establish a Supreme Authority of Justice (“SAoJ”), an independent judicial regulator for quality judicial services. We propose to ensure full accountability of the SAoJ and propose an efficient judicial review of any of its decisions that could be initiated by any member of the public and at no cost. The BJA proposes to establish the Supreme Court of Justice (“SCoJ”) for this purpose.

In summary, the key to protecting judicial independence is focusing on gaining the trust of the people by providing quality judicial service whilst being truly accountable. Securing quality service provision and proper accountability will ensure the judiciary is seen as a friend of the people, rather than a group helping serving themselves – or, even worse, an “enemy” intent on meddling with serious political or social issues. Only then can the public grant full independence to the judiciary – and defend it when it comes under attack.

In a professional career of almost 40 years, Mehmet Gün has developed expertise in commercial and corporate law, life sciences and pharmaceuticals, intellectual property and litigation in Turkey. He has been counted among the pioneers of the development, regulation, promotion and enforcement of modern Turkish IP laws. Most notably, he is committed to promoting greater understanding of the state of the rule of law, in Turkey, the boundaries of the Turkish Judiciary and their effects on the business and social environment. To this end, he has established both the Better Justice Association and Istanbul Arbitration Association NGOs and written a book criticising the abusive use of court-appointed experts by the Turkish judiciary. He is also the author of the book ‘Turkey’s Middle Democracy Issues and How to Solve Them’ and co-author of ‘Turkish Judicial Reform A-Z’.

Legal SectorMagazineMost Recent
By Mehmet Gün On May 31, 2022 0
0
Share FacebookTwitterGoogle+EmailPinterestLinkedinTumblr