Why Are We So Obsessed With True Crime? 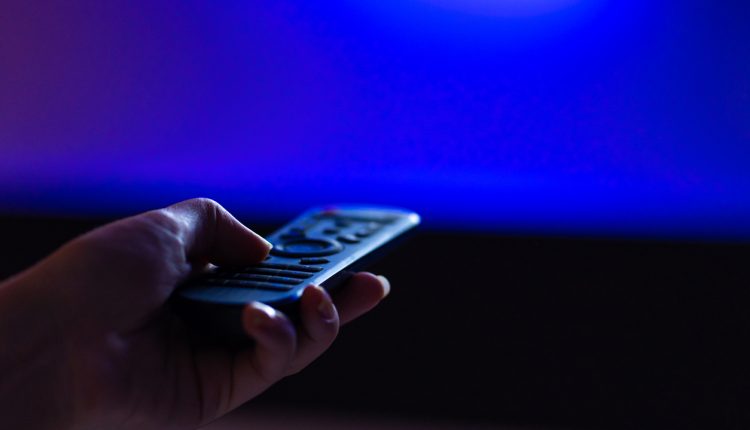 Policing and criminology expert, Jennifer Schmidt-Petersen, at The University of Law breaks down our obsession with true crime dramas and documentaries.

Over the last few years, it seems that people around the world have developed an obsession with true crime dramas with series like ‘Inventing Anna’, which received over 77 million hours of viewing within the first week of its release, making it the most viewed English-language series ever.

The nation’s appetite to consume such content has grown notably. The Netflix documentary ‘Tinder Swindler’ racked up 45.8 million hours of views within the first week of February alone, and more true-crime content is lined up to be released in the year ahead, with the shocking documentary ‘Our Father’ due to release on Netflix on 11th May.

Here are some expert insights to help us understand why true crime dramas are so popular in the UK and why they may have a wider impact on viewers.

True crime dramas give us an insight into our culture and norms as well as our anxieties and values. By watching true crime dramas, we unlock our natural desire to solve puzzles and mysteries and get to speculate as to why criminals may act the way they do.

These programmes also allow us to examine the darker sides of humanity from a safe distance, and they bring in another crucial element – our natural desire for justice. People get emotionally invested and want to see those who have done wrong get caught and punished.  Seeing this play out on screen can be hugely satisfying for viewers.

Perceptions and expectations of the legal system

Media representations of criminal justice will affect perceptions and expectations of the legal system. We often see the use of binary divides – people are presented as either ‘good’ or ‘evil’. For example, criminals are often portrayed as outsiders or as ‘other’, the focus being on the unusual.

There has also been discussion around the “CSI Effect”. This is a phenomenon that is related to viewing forensic and crime-based television shows. The idea of this effect is that the viewing of crime dramas provides the public and especially jurors with unrealistic expectations of forensic science.  While the “CSI Effect” is not empirically supported, and evidence is conflicting it’s often seen as an issue by legal actors and even the police.

Fear of crime and stereotyping

A lack of knowledge of crime statistics combined with an overconsumption of certain types of media can create the perception that one is more likely to become a victim of crime than may be statistically true.

In certain situations, fear of crime will influence people’s behaviour and it has been shown that this fear can be disproportionate to a person’s actual risk, although it is important to note that the risk of any one individual will vary greatly depending on multiple different factors.

There can also be a danger when it comes to stereotyping. When crimes perpetrated by or seen to be associated with a particular group in society are dramatised or over-reported, it can give the impression that people from that group are disproportionately involved in crime, and they can, therefore, be wrongly stereotyped as criminals.

While there is the possibility of fictionalised narratives setting unrealistic expectations and communicating misconceptions about roles in the criminal justice system and the police, there are also plenty of positive reasons why crime dramas could inspire the audience to take a wider interest in this field.

If people are inspired enough by injustices portrayed within true crime documentaries to take action and begin a career in the criminal justice system, the potential positive impact on society could be huge. Having an active role in preventing and solving crime goes a long way to making people feel safer, be that in their homes, at work on the streets and improves the quality of life of all citizens.

In addition, there are plenty of other good reasons why someone may choose a career in policing, such as: learning about intrinsically interesting topics and content with real-world relevance which requires problem-solving, good employability prospects/job security, helping others/public service and an opportunity to make an impact on the community and society.

According to Jennifer: “As a source of popular culture entertainment, true crime dramas allow us to experience fear and horror in a controlled environment where the threat is exciting but not real.

“For example, the stories of real-life killers can be to adults what films and shows depicting fictional monsters are for children. Moreover, by following an investigation on TV, people can play armchair detective and see if they can figure out “whodunit” before law enforcement authorities catch the actual perpetrator and the thrill of figuring that out is compelling and can be inspiring as well as empowering.

“While there’s nothing wrong with watching true crime shows or reading books on gruesome events per se, it’s important to know when to stop and take a break to ensure that the consumption of potentially traumatic content doesn’t become overwhelming.”

The University of Law offers both Policing and Criminology courses. To find more, visit https://www.law.ac.uk/study/undergraduate/policing/bsc-hons-professional-policing/