What Other Options Do You Have After Getting a Law Degree?

It is often assumed that students pursuing a law degree are preparing to become solicitors or barristers. Today, however, there are barriers to this traditional career progression – and several other paths available. 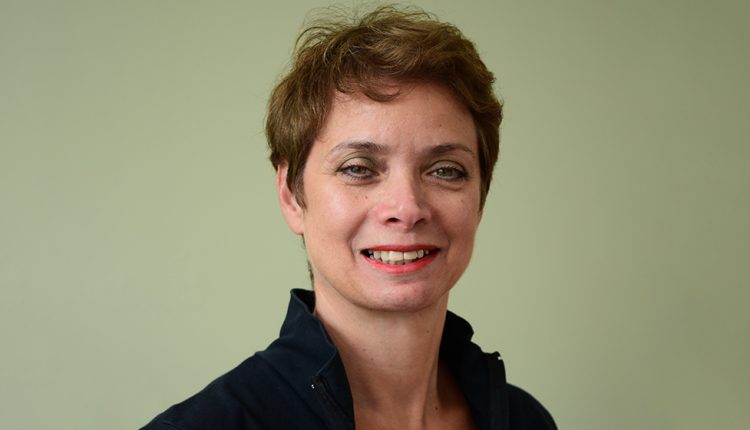 Amanda Hamilton, CEO of the National Association of Licenced Paralegals (NALP), discusses some of these obstacles and the potential alternative offered by a career as a paralegal.

In the past, if an individual was completing a qualifying law degree, it signified that they were intending to go on and sit professional examinations to be a solicitor or barrister. This was the prerequisite qualification in order to do so. This is no longer necessarily the case today for several reasons.

Firstly, the cost of enrolment onto the post graduate professional exams has been increasing over a period of twenty years and, consequently, is out of the range of affordability for most.

Secondly, the lack of training contracts – a prerequisite to qualifying as a solicitor – due to so many graduates flooding the sector. For similar reasons, the lack of pupillages available for those wanting to qualify and practise at the Bar.

Thirdly, the introduction of the new SQE (Solicitors’ Qualifying Exam).

Fourthly, the virtual eradication of legal aid in 2013, which has resulted in limited access to justice at a reasonable cost for consumers.

Below, we will look at each element in detail.

The Numbers of Law Graduates, the Cost of Qualification and the SQE

In order to accommodate the increasing number of graduates entering the sector, the SRA permitted a number of institutions to apply for a licence to deliver the LPC (then referred to as the Solicitors’ Final Examinations). In 1980 there were four running the course, but in 2010 the number offering the LPC had increased to 42. In an effort to make this work economically, institutions started to accept applications from graduates who perhaps should not have been encouraged to apply for the professional examinations. Consequently, the numbers seeking training contracts increased exponentially. Paying for a law degree and then for their LPC with no chance of moving forward due to the lack of training contracts quite rightly caused grave concern to those who had been encouraged to take this route.

Meanwhile, instead of a decrease in the cost of the LPC, which would be a logical course of action, given the number and choice of institutions running the same, the cost of the LPC was increasing year-on-year. The crucial time came around 2013 when, after much debate and discussion, the LETR (Legal Education and Training Review) was published. In that review, it was admitted that the cost and time factor to qualify was inaccessible and unacceptable for many, and that changes to the route to qualification were recommended.

Even then, it took the SRA five years or so before announcing its intention to create the new SQE (Solicitors’ Qualifying Examinations), and a further three years before finally announcing when the first examinations would take place. We have yet to see whether this new route to qualification – described as being a ‘more accessible’ route to qualifying as a solicitor – is, in fact, just that.

The Virtual Eradication of Legal Aid

In April 2013, a few months before the LETR was published, legal aid was drastically changed. It had been an important element of consumers’ access to justice: the ability to offer free, or reduced cost, legal advice and assistance that had been in place since 1949. The reason given for the change was to reduce the legal aid bill by introducing strict restrictions on those who would be able to apply for legal aid. This has had the effect of excluding all save those involved in urgent cases, such as being made homeless or losing one’s liberty.

Without a shadow of a doubt, this change has put consumers’ access to justice at stark risk, since without legal aid they are unable to afford the fees of solicitors and barristers. With solicitors charging between £250-£600 per hour for their services and barristers £200-£400 per hour, it is no wonder. As a result, a gap opened in the provision of legal assistance for consumers at a reasonable cost. It is true to say that there are currently many more solicitors and barristers offering their services on a pro-bono basis to try to counteract the deficiency, but the profession is unable to sustain this indefinitely.

The consequence of all this is that the paralegal profession has developed to fill that gap. Until now, paralegals were seen as low-paid assistants for solicitors and nothing more than law graduates seeking that ever-elusive training contract to qualify as solicitors. In other words, ‘wannabe’ solicitors. In practice, this is certainly not the case. Many law graduates have since discovered that, with a little further training and several years’ experience, they can offer their services to consumers at a vastly reduced cost. Most paralegal practitioners may charge anywhere between £30-£80 per hour depending on the nature of services required. Many will offer a fixed fees for certain other services.

Without a shadow of a doubt, this change has put consumers’ access to justice at stark risk

The fact is that paralegals do not just work with solicitors. Paralegal roles are available in every organisation as long as there is a legal requirement to be fulfilled. Even premiership football clubs have paralegals working in their in-house legal departments!

The conventional legal professions may argue that these individuals are not fully trained and are not regulated like solicitors and barristers are. It is true to say that paralegals are not statutorily regulated, but their route to qualification is either very similar to that of the two regulated professions or, in some cases, exactly the same. Furthermore, there is a voluntary regulatory body that encourages membership for those that wish to practise. It also issues Licences to Practise, but only after strict eligibility criteria are adhered to. Advice is offered to consumers about how to check the status of any person claiming to be a paralegal before instructing them.

Furthermore, solicitors do not hold the monopoly on good practice just because they are statutorily regulated. This is clearly evidenced by looking at the annual statistics from the Legal Ombudsman.

Solicitors and Paralegals: What Are the Real Differences?

Paralegals are trained and educated to perform legal tasks and offer advice and assistance to consumers. Many have law degrees, and some are even ex-solicitors or non-practising barristers. Others may have qualified by successfully completing nationally recognised paralegal qualifications. The point is that with a law degree, graduates now have another career pathway into the legal sector. Paralegals are now the fastest-growing sector within the legal profession.

Of course, there are some activities that paralegals cannot perform, and these remain the monopoly of solicitors. These are the reserved activities as defined by the Legal Services Act 2007. The two most relevant are that there is no automatic right of audience and that paralegals cannot conduct litigation. However, in practice, some of these reserved activities are being eroded by the courts in order to allow access to justice. Every paralegal that joins the voluntary regulatory body NALP (National Association of Licensed Paralegals) is very much aware of these restrictions.

From a consumer’s perspective, it is a bit of a minefield to know whether the person who offers legal assistance is bona fide. Anyone can call themselves a ‘paralegal’ since the profession is not statutorily regulated. It is, therefore, imperative that a consumer checks the paralegal’s credentials and status before instructing them. Knowing that a paralegal is a member of NALP is a benchmark for this, since due diligence is undertaken on all members from Associate membership and Graduate membership and above. Certainly, when it comes to granting a licence to practise, strict criteria are imposed – including the requirement to have PII in place before making a licence application.

Amanda Hamilton is Chief Executive of the National Association of Licenced Paralegals (NALP), a non-profit membership body and the only paralegal body that is recognised as an awarding organisation by Ofqual (the regulator of qualifications in England). Through its Centres around the country, accredited and recognised professional paralegal qualifications are offered for those looking for a career as a paralegal professional.