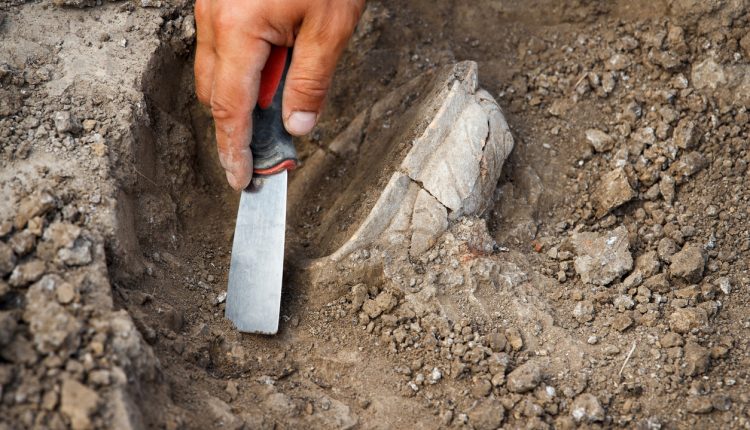 Somewhat unnoticed, both by the art market and the legal community, the Council of Europe Convention on Offences relating to Cultural Property (also known as the “Nicosia” Convention) entered into force on 1 April 2022. This article explains the background to the Convention, what it is seeking to achieve, how it fits into the wider legal system of cultural heritage protection, and assesses whether the Convention is likely to be successful.

The Convention has been open for signature since 2017 and has so far been signed and ratified by only five members of the Council of Europe and one non-member state. Perhaps unsurprisingly, most of the countries that have adopted the Convention are source countries, i.e., countries from which antiquities originate, including Cyprus, Greece, Italy and Mexico, which have an inherent interest in protecting their cultural heritage.

The Convention complements a number of existing international legal instruments aimed at protecting cultural heritage, including the 1954 Hague Convention on the Protection of Cultural Property in the Event of Armed Conflict (together with protocols), the 1970 UNESCO Convention, and the 1995 UNIDROIT Convention.

Where the Nicosia Convention differs from these other instruments is that it aims to prevent and combat the destruction, damage and trafficking of cultural property by providing a criminal justice response to cultural heritage protection: it establishes specific criminal offences, such as theft and other forms of unlawful appropriation, unlawful excavation and removal, illegal importation and exportation, and illegal acquisition and placing of artefacts on the international art market. It also criminalises the falsification of documents to prevent fake certification of tainted objects, and intentional damage or destruction of cultural property. The Convention makes the link between cultural heritage offences and combatting international terrorism and organised crime albeit without addressing them specifically.

Prior to the drafting of the Nicosia Convention, a comprehensive review was conducted by the European Committee of Crime Problems on the national legislation in force across different countries. The review raised significant concerns, noting gaps in the existing legal framework, as well as a marked increase in cultural property crime.

The Nicosia Convention is designed to be open and flexible enough to encourage international cooperation in the fight against cultural property crime. Its scope is notably far-reaching, with both moveable and immoveable cultural property defined in broad terms, allowing for the widest possible protection of culturally significant items. Negotiations during the drafting of the Convention highlighted the implicit tension between the requirements of source countries and importing countries. The Convention, therefore, attempts a compromise between the two by allowing signatory states freedom to establish their own legal solutions, so long as they are compatible with the terms of the Convention. States that already have a compatible or partially compatible legal framework will need to make correspondingly fewer changes to their national laws.

Interestingly, the European Union also sought to strengthen cultural heritage protection through Regulation (EU) 2019/880 of the European Parliament and of the Council of 17 April 2019 on the introduction and the import of cultural goods, which introduced certain outright bans on importing cultural heritage objects and seeks to create a licensing and registration scheme for other objects (yet to be implemented).

The United Kingdom remains a member of the Council of Europe (not to be confused with the European Union) but has so far neither signed nor ratified the Convention, although the UK does already have sanctions regimes in place, criminalising the trade in certain objects illicitly removed from Syria and Iraq.

Why is the protection of cultural property important?

Cultural property allows a unique insight into the history and identity of different peoples, cultures and communities and therefore deserves protection by the international community.  Cultural property is targeted with alarming frequency in both peace and wartime, often leading to the permanent loss of structures and objects important to cultural heritage and thereby impoverishing humanity as a whole. Cultural artefacts and artistic creations across the ages are also extremely valuable assets, making them a prime target for criminal and terrorist organisations hoping to capitalise on the international antiquities market. This is an inherently transnational problem because cultural property is often moved across borders once it has been looted or illicitly excavated to reach the market. Furthermore, criminals move items through different countries in order to exploit any gaps or weaknesses in their divergent legal systems. The Nicosia Convention, therefore, aims to provoke an international response to combat such activity.

Will the Nicosia Convention be effective?

Illegal excavation, damage to and trafficking of cultural objects have been a growing problem internationally in the context of conflicts in places such as Iraq, Afghanistan and Syria.  The objective of the Convention is therefore both laudable and necessary. If nothing else, it raises awareness for better and more effective international cooperation in the field of cultural property protection. One of the underlying ideas is that it will be easier for countries to share information, cooperate across borders in investigating and prosecuting offences, and in enforcing rules for the protection of cultural property if these rules are harmonised internationally and no doubt the idea is sound in principle. Whether the Convention will also be effective remains to be seen. Unless it sees wider adoption, not only by source countries but also by destination countries of illegally excavated and trafficked cultural objects, it will be difficult for it to gain real traction. While the Convention is a further step forward, and will hopefully strengthen and add to the protection of cultural property in the long run, what is really required is commitment, resourcing, action and effective cooperation by national authorities from key art market players such as the UK, the US, China, and some European countries.  For now, unfortunately, the looting and illegal trafficking of cultural heritage objects continues.

Annabelle Woosnam joined Hunters as a trainee solicitor in October 2021 and is currently sitting in the Business/Dispute Resolution department. Annabelle read Classics at Exeter University before completing her Graduate Diploma in Law and Legal Practice Course, combined with LLM in Professional Legal Practice at City Law School. She worked as a residential property manager for a year prior to joining Hunters.