On 24 February, Russian President Vladimir Putin ordered ground forces into Ukraine with the stated aim to “demilitarise and denazify” the nation. The conflict has since resulted in more than a thousand civilian deaths, numerous allegations of war crimes and a new refugee crisis as more than 10 million Ukrainians are estimated to have been displaced, with 3.9 million leaving the country. As the material damages and loss of life continue to mount, global industry has come under pressure to take a moral stance in a historically unprecedented way. 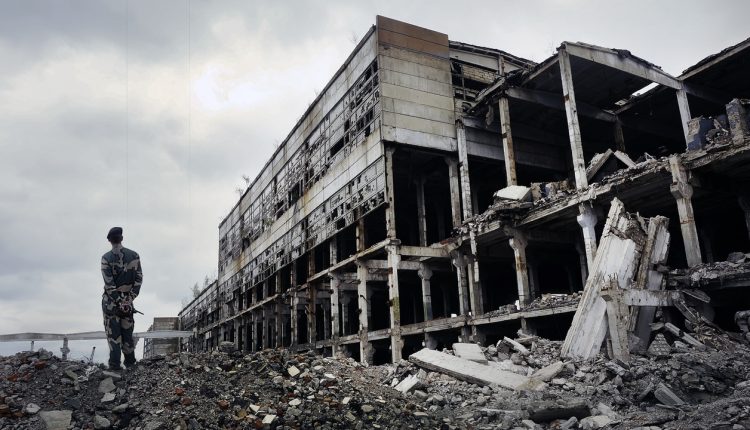 The international community has roundly condemned the unprovoked invasion and levied wide-ranging sanctions aimed at gutting the Russian economy and leaving the country unable to fund its war effort should this not serve as an adequate deterrent. In addition to government measures, significant pressure has been placed on international businesses to cut ties with Russia. Shell, Apple, Ford, FedEx and a host of other multinational companies have since announced their withdrawal from the country, often at significant cost.

These responses have not been unanimous, however. Several major organisations have opted to continue their operations in Russia, whether in whole or in part, for the foreseeable future. Justifications offered have typically related to contractual obligations or moral duties to existing customers in Russia. Others have simply remained silent.

The above is true for the legal sector as well. Law firms have been slower than most in announcing the actions they will take in response to the violence, with most official statements arriving weeks after hostilities were opened. Now, more than one month on from the beginning of the invasion, we have gained a more reliable picture of where law firms stand in relation to the ongoing conflict.

More than 20 international law firms operated in Moscow prior to 24 February. As of April, it appears that few if any will continue to maintain a presence there. Linklaters became the first major UK firm to announce its departure from Russia on 4 March. “Russia’s invasion of Ukraine is reprehensible and it is right that we stand together in condemning it,” the firm stated. “We will not act for individuals or entities that are controlled by, or under the influence of, the Russian state, or connected with the current Russian regime, wherever they are in the world.”

As of the end of the month, each of Linklaters’ fellow ‘Magic Circle’ firms had issued statements to a similar effect. By 10 March, Allen & Overy, Clifford Chance and Freshfields had each announced their intent to withdraw. Other departures included Dentons, DLA Piper, Norton Rose Fulbright, Hogan Lovells and White & Case. To answer our titular question, it appears that every international firm in Russia is leaving, at least in a physical sense.

Law firms have been slower than most in announcing the actions they will take in response to the violence.

The degree of firms’ scaling-down of operations, however, has not been universally consistent. Several have opted to close office locations but continue to work with Russian clients, sometimes including those that are sanctioned. For instance, while Latham & Watkins has elected to close its Moscow office alongside its peers, owing to “the violence in Ukraine and the needless human suffering taking place”, it has stopped short of ending its counsel of VTB Bank – Russia’s second-largest financial institution and the subject of sanctions by the US and other governments.

Several others have also opted to close physical locations but continue to work with Russian clients, some of which are currently under sanctions. These firms, however, appear to be in the minority, and generally eclipsed by high-profile leavers taking a more holistic stance. White & Case caused a stir with its swift move to drop its representation of state-affiliated Sberbank. Meanwhile, Baker McKenzie – the longest-surviving global law firm in Russia – has become a front-runner in the western legal community’s backlash against the Kremlin with its own measures. The firm declared an end to it 33-year tenure in the country and affirmed that it would not act for regime-associated clients “anywhere in the world.”

The Impact of Sanctions

It is more difficult for law firms to cease their operations in a country than it is for most companies. Unlike other multinational businesses, firms cannot simply cut off support to local outlets with the potential to return when the environment has changed. Since the fall of the Soviet Union, firms have spent decades building Russian client loyalty that will undoubtedly evaporate if they pull their national presence.

Closing an office can be expected to have a similar effect, as lost local staff and the personal goodwill they have earned will not be easily replaced. And of course, this is to ignore the obvious legal obligations that a firm has to its existing clients.

It is more difficult for law firms to cease their operations in a country than it is for most companies.

But firms that might have been willing to “ride out” the reputational damage rather than give up their Russian operations may simply have their hand forced by sanctions. Particularly in the UK, there has been a surge of new amendments to sanctions legislation (and an increase in the number of entities to which they apply), with a potential risk of regulatory action and criminal prosecution for firms and individuals found to be in violation.

With a significant new range of sanctions inhibiting firms from receiving payment from or issuing payment to named individuals and organisations, the attraction of doing business with Russia is sure to diminish even for firms willing to risk a knock to their reputations. It remains to be seen just how far the list of sanctioned entities will ultimately extend, but it is a safe bet that it will not soon stop growing.

Beyond merely sitting out the war in Ukraine, we can expect to see many familiar firms become involved in legal action against Russia over its military activities. Some have already done so in the employ of Ukraine: acting on the government’s behalf, Covington & Burling filed a claim at the International Court of Justice in the early days of the conflict, demanding that Russia cease its attack. Ukrainian President Volodymyr Zelenskyy has also hired US firm Morrison & Foerster to counsel his office on US, UK and EU sanctions regimes, and attorneys from Los Angeles-based Quinn Emanuel Urquhart & Sullivan have been brought on to represent Ukraine before the European Court of Human Rights in a case accusing Russia of human rights abuses.

Other firms are assisting Ukraine by engaging in charitable support. Norton Rose Fulbright has also made public its intentions to collaborate with global partners to raise funds, “as well as providing pro bono support to those Ukrainians and others who are being forced to relocate”. Its peers have followed suit, with DLA Piper stepping in to run an advisory service for Ukrainians seeking refuge in the UK. We expect to hear further stories of charitable work on behalf of Ukraine in the months to come. It is also reasonable to expect that law firms serving Russian clients – particularly sanctioned individuals and organisations – will suffer ever-increasing negative media attention.

It is too early to determine the impact of all this upon the Russian economy and the global legal sector, though it is certain to be without precedent in modern history. For the time being, we will continue to report on law firms’ activities in and around both Russia and Ukraine, and continue to hope for a swift resolution to the conflict.