How to Handle Construction Law in China and Internationally

China’s highly competitive construction sector is regulated by layers of local and governing laws, which can cause conflict in international construction projects if left unaddressed. 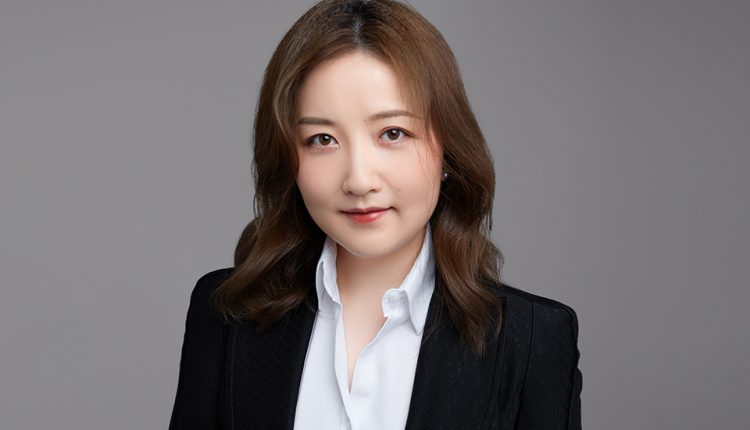 Jean Zhu, partner at Merits & Tree Law Offices, outlines these contract and infrastructure law challenges and how they can be dealt with at a project’s outset, delving into the construction climate of China itself as it begins a shift towards reducing its carbon emissions.

Could you please give a brief overview of what distinguishes construction agreements from other types of commercial contracts?

Notably, construction projects are singularly focused in subject, highly technical, and of high value. Construction works are usually carried out in the open air, meaning exposure to environmental impacts and physical conditions and difficulties, with a construction period that may span several years. As a result, parties involved in construction projects may face a wider range of risks during the course of the project than those in other commercial transactions. In this respect, a major concern of construction contracts is to allocate those risks in a fair and equitable manner through various operation mechanisms dealing with allocation – measures to be taken to manage such risk exposure and corresponding remedies.

Further, whilst contract law applies to construction contracts and other commercial contracts, as projects – especially infrastructure projects – relate to the public’s interests, there may exist mandatory laws relating to the construction sector on certain matters such as environmental protection, health and safety, labour, planning and permitting, technical criteria on certain fragment works, and others.

Standard form contracts are widely used in the construction industry. These standardised contracts are used to reduce transaction costs and establish best industry practices and customs. The most common standard forms of contract used internationally are FIDIC forms. Quite often, parties tend to adapt these standard forms according to the needs of the project with bespoke amendments.

When compared with other commercial contracts, an obvious difference is that construction contracts are often voluminous, being formed by several separate documents.

How can the addition of an international element complicate a Chinese construction agreement?

Clauses in an international construction contract not only deal with allocation of risk but have to be carefully assessed under governing law and local law where the project is located. Quite often a common term used in local law would be beyond legal expectation in a national sense. In addition, cultural and customary conflicts are also complicating factors. For instance, Chinese parties tend to participate in international construction projects as contractors and they are familiar with Chinese standards. Local subcontractors and labour know local standards well and many consultants from western countries are comfortable with applying developed regimes. These inevitably cause problems – usually delays in clarifying different understandings and customary practices – during the process of  implementing the project.

Another typical instance is related to the baseline programme. The baseline programme is usually part of a construction contract and is supposed to be regularly updated to reflect actual progress so that the employer or the engineer can monitor the contractor’s progress. However, Chinese contractors value merit over procedure and are accustomed to acting flexibly within an overall plan rather than an accurate and detailed programme as long as milestones are met.

What common pitfalls can arise as a result of this?

Exposure to a larger spectrum of risks and different industry, legal and cultural backgrounds unsurprisingly complicate construction contracts, especially management of interfaces in separate contractual documents. Though almost all construction contracts will include a well-drafted interpretation clause for reducing repetition and avoiding ambiguity of terms in the body of the contract, it is still very common to find conflicting or competing clauses, which always raises legal issues in the dispute resolution process. In terms of technical standards, participants naturally tend to be influenced and guided by their backgrounds and domestic experiences, meaning that it is challenging to make use of standard terms, as these could be understood differently. Thus, it is normal for certification on contract compliance to be slow, which sometimes causes significant delays.

Quite often a common term used in local law would be beyond legal expectation in a national sense.

Another observation is that in many domestic projects, parties favour litigation or arbitration to resolve disputes directly over an escalating dispute resolution mechanism, despite the fact that this mechanism is recommended by domestic model forms for construction contracts. By contrast, to tackle differences and constructively build a good working relationship over years, parties to international construction contracts would have more initiative to invoke the multi-tier dispute resolution mechanism than domestic projects.

What can parties negotiating on a construction agreement do to mitigate issues before they arise?

Whatever the complexity of the project and the sophistication of its key players, contractual mechanisms in the construction contract surround three core elements:  the project itself, time to complete and amounts to pay. There are many sayings about pursuing a fair and equitable risk allocation and measures for managing exposure of risks to avoid future commercial disputes at the negotiation stage. However, whatever mitigation measures are taken, disputes and differences are unavoidable, owing to the inherent features of international construction projects. That is why I would suggest the starting point at the negotiation stage should actually be to devise an effective mechanism for handling disputes, i.e. governing law and dispute resolution clauses.

Governing law and dispute resolution clauses are called “midnight clauses”, indicating that parties usually pay less attention to these clauses than commercial ones at the negotiation stage. However, parties often realise the importance of the governing law and dispute resolution clauses after being involved in proceedings, which is very late in the process. It is essential for parties to fully understand their selection of a particular legal system and how clauses are assessed within said system, as well as the legal costs and implications for a chosen dispute resolution mechanism and forum. In my view, this should be a standard beginning step for managing disputes.

How does an international element affect risk allocation on a construction project?

As discussed previously, the international element may expose parties to more significant risks than domestic ones as there exist more uncertainties in aspects of the modern global economy regarding the political, economic and legal environments of the state where the project is supposed to be built. In terms of risk allocation, all contracts pursue a fair and balanced allocation of risks between parties to realise the purpose of the contract with a reasonable price paid for quality performance. This is no different in international construction contracts, although in most instances parties are unable to bargain fairly as the employer frequently has a tight budget and contractors in a highly competitive market tend to compromise at the tender stage.

Standard forms of contract by international associations attempt to provide guidance or a reference of risk allocation best practice for international construction projects. For instance, the major terms of the FIDIC suite of contracts concern the allocation of risks in different manners for projects with different procurement methods and they are widely adopted with tailored amendments in practice.

How are disputes arising from such international projects often resolved?

Multi-tier dispute resolution clauses are not uncommon in international construction contracts, which is demonstrated as a constructive approach to manage differences before escalating to litigation and to effectively resolve disputes with limited disturbance to the construction progress.

The typical mechanism would involve advancing claims to the counterparty pursuant to procedures in the contract first. If no agreement is reached, it is relayed to the engineer or the employer’s representative for decision; if the decision is objected to, then it is submitted to the dispute review/adjudication board or combined dispute board, which will issue a non-binding or binding decision subject to terms. If one party is unsatisfied with the decision, it comes to the final tier which is frequently international arbitration.

It has been observed over recent years that, as international construction arbitration takes quite a long time and is costly, there is an increase in parties’ selection of international commercial mediation to resolve disputes and for major projects procured by state entities, contractors have gradually started to pursue treaty protection and initiate investment claims against the state.

What remedies exist for a breach of a construction contract?

In your own jurisdiction, what are the key laws and regulation governing large-scale construction projects?

The Development of Arbitration in Hong Kong Legal Awards 2021: Interview with Fang Liu

The Ministry of Housing and Urban-Rural Development, the National Development and Reform Commission (NDRC) and other ministries may release various implementation rules of administrative regulations as well as model contracts on domestic projects, like the recent Model Contract for General Contracting Project (GF-2020-0216) between an employer and a general contractor issued in November 2020. The Supreme People’s Court may also issue judicial interpretations and guiding cases for hearing construction-related litigation.

What has been the impact on the construction sector following China’s commitment to carbon neutrality and a “net zero” future?

China pledged that it will peak carbon emissions before 2030 and achieve carbon neutrality before 2060 at the 75th annual session of the United Nations General Assembly in September last year. Following this, with various regulatory support, green and low-carbon energy projects like solar power plants, wind power plants, hydrogen energy projects and energy storage projects have become increasingly popular in the domestic construction sector, which has attracted investment funds. In addition, the NDRC and the other three Ministries recently issued a joint Opinion on Promoting Green Development of One Belt One Road. In this Opinion, China will strengthen international cooperation on the promotion of green development of the OBOR to establish a green development mode for the OBOR initiative by 2030. It reiterated China’s position that it will no longer invest in overseas coal-fired power plants to push forward energy transition and to adapt green development.

In line with this transition in energy and construction sectors in domestic and overseas markets, the contractual framework and mechanism may further address issues in project investment and implementation phases for unique features of green energy projects such as tariff structures, entailment, ecological and environmental assessments and permits, etc. On the legislative side, the adoption of the Law of Energy as basic law in the energy sector has been listed as one of the major items in the government’s working plan for legislation in 2022.

Jean Zhu has a combined background in materials, engineering and law. She is now a partner of Merits & Tree Law Offices based in Beijing and Shanghai with practice areas including dispute resolution, real estate & infrastructure and regulatory & compliance. Jean is a commercial and construction dispute lawyer with extensive experience in construction and engineering, cross-border transactions, international trade, insurance, bonds, agency, guarantees and product liability-related disputes.