Among the many areas of business that were upended by the COVID-19 pandemic, the corporate world has seen new strain put on once commonplace non-compete clauses. In what ways are these precautionary measures still viable in a world of remote work? 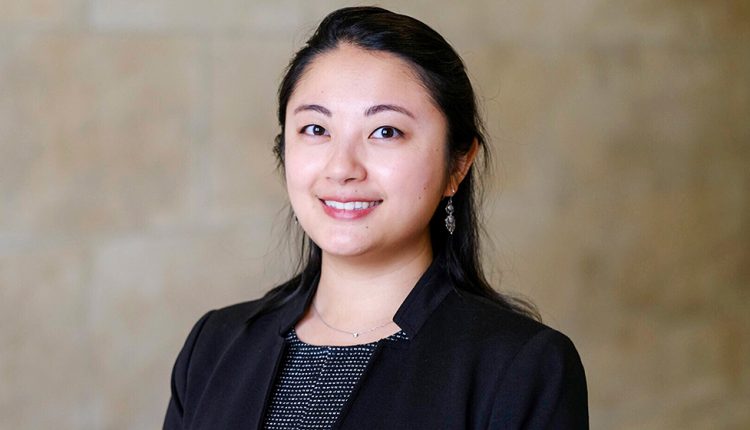 The COVID-19 pandemic has seen a historic surge in remote working across the globe. What implications does this have for trade secrets and other sensitive corporate information?

Since 2020, many businesses have adapted to a full or partial remote workforce or have now implemented new policies that allow flexibility for working outside of a physical office location. The move from secure offices to remote locations, such as employees’ homes puts a company’s trade secrets and confidential information at a heightened risk of unauthorised use and disclosure. This includes unauthorised copies (whether digital or paper) of sensitive information being made, inadequate precautions to safeguard confidentiality, and less control and visibility for the company over the use of such information particularly with external parties. These risks are amplified when employees use personal devices to access corporate information.

While these risks are not new or unique to remote working arrangements, the pandemic has made it more difficult for companies to properly manage risk and control how employees handle confidential information on a more widespread scale.

How can the use of non-compete clauses theoretically mitigate these new risks?

A non-compete clause, as a preventative measure, restricts an employee from joining or starting a business in competition with their former employer for a set period of time, thereby curtailing the employee’s ability to potentially disclose or use confidential information upon termination against the former employer. It is meant to have a deterrent effect and, if well-drafted and appropriately tailored, can be a useful tool for companies to minimise leakage of valuable intellectual property and confidential information.

However, with remote working becoming so common after the pandemic, non-compete clauses have really been put to the test. For example, non-compete clauses typically contain geographic limitations, which may be rendered useless now when an employee can potentially work for competitors anywhere in the country from their living room. Similarly, choice of venue and choice of law provisions may be challenged for an employee who relocated out of state during the pandemic and is now working remotely away from their regular office location.

With remote working becoming so common after the pandemic, non-compete clauses have really been put to the test.

What laws governing non-compete clauses exist in your jurisdiction and the US more widely?

Employers love non-compete clauses. The vast majority of my corporate clients will choose to incorporate non-compete provisions in their employment agreements. However, non-competes are generally disfavoured by the courts. Decades ago, non-competes were used predominantly for higher-level executives. Now, many employers require employees across the board, including lower-level employees, to enter into non-competes. As a result, courts are generally cautious to enforce any contract that would act as a restraint on trade and fair competition.

The analysis on whether a non-compete clause is reasonable is a fact-specific inquiry, and enforceability varies by state. Some jurisdictions have enacted laws to ban or significantly restrict the use of non-competes, including disallowing non-competes for employees of certain industries or setting an income floor. For example, Hawaii prohibits non-compete clauses for “technology business“ employees. In California, non-compete clauses are invalid per se. In Washington, non-competes are unenforceable against employees earning less than $100,000 annually.

While the laws vary from state to state, the overall approach is to only enforce a non-compete if the interests of the employer, employee, and the public are well balanced. In New York, where I predominantly practice, a company seeking to enforce a non-compete clause must show that it is no greater than is required to protect the legitimate business interests of the employer, that it does not impose undue hardship on the employee, and that it is not injurious to the general public. In New York, a non-compete agreement is generally unenforceable where the termination of employment is involuntary and without cause.

How will President Biden’s Executive Order on non-competes affect corporations’ use of such clauses?

Post-employment restrictive covenants have always been governed by state law. However, last year, the Biden Administration issued an Executive Order that encourages the Federal Trade Commission to employ its statutory rulemaking authority to curtail the unfair use of non-compete clauses that may unfairly limit worker mobility. There is already considerable momentum behind limiting non-competes in many jurisdictions, and the FTC will likely look to the various states to assess their approach under the Executive Order.

There is still a long way to go before any FTC rules are implemented, and we would expect significant political and legal challenges to the FTC’s authority. Nonetheless, even though it is uncertain if any federal action is forthcoming, this is a good reminder that employers should start thinking about how to protect their business interests if the FTC were to limit or ban non-compete agreements. For now, employers should revisit the laws of their state to make sure that their agreements and policies are up-to-date and will survive scrutiny.

What significant developments or case law concerning non-compete clauses have you observed since 2020?

After the pandemic began, with widespread job loss, courts have become more reluctant to enforce non-compete clauses, particularly those that would limit a worker’s ability to earn a living. It appears that judges are on high alert to the current economic climate. The trend is to only enforce a non-compete if it is necessary to protect a truly legitimate business interest and if competitive harm is truly irreparable.

The typical vehicle to enforce a non-compete is to file a lawsuit for injunctive relief to immediately stop unfair competition in its tracks. Federal and state courts across jurisdictions will generally require the employer to prove that it is likely to succeed on the merits, likely to suffer irreparable harm, that the balance of equities tips in its favour, and that enforcement is in the public interest. The pandemic has tipped the balance to favour employees.

Courts are more sensitive to employees who have been laid off or who are faced with additional challenges of finding a new job in their area of expertise because of the restrictive terms of a non-compete agreement. Many courts have refused to uphold non-competes against former employees who face a more difficult re-employment landscape than previously anticipated prior to COVID, including employees in industries where the pandemic had and continues to have a devastating impact.

For now, employers should revisit the laws of their state to make sure that their agreements and policies are up-to-date and will survive scrutiny.

In sum, courts are now scrutinising the factual circumstances behind non-compete cases more than ever to ensure that enforcement is a truly necessary measure to protect the employer from potential or further irreparable harm.

What advice would you give to an employer who is uncertain of how to enforce non-compete clauses in the “new normal”?

The first step would be to look at the clause that the employer is seeking to enforce to see if is narrowly tailored and does not restrict more than what is necessary to protect the business. This depends on the nature of business and the former employee’s particular position. If the non-compete terms read like a boilerplate clause that is broad, generic, and conveniently tucked into hiring documents where the employee lacked fair bargaining power, it might not be cost-effective to bring it to court, and the employer should consider other measures to prevent or stop unfair competition by a former employee. A sloppy non-compete clause that contain restrictions that are overly broad essentially renders the clause entirely useless, especially in the COVID era. I highly encourage employers to review the language of their non-compete agreements and revise them as necessary to prevent a situation where an action to enforce it would be futile.

On the other hand, if the non-compete is sufficiently tailored in duration, geography and scope, or if the harm is truly great or irreparable, employers are still faced with a heavy burden to prove that injunctive relief is justified. I would highly recommend that employers conduct their own investigation, rather than to rely on second-hand information, to verify if the non-compete has been violated and to assess the severity of the harm. A cost-benefit analysis should be performed, and the ramifications of potentially losing a non-compete litigation should also be considered. If legal action is warranted, employers should act fast, as courts will also consider how quickly the employer acted to protect its interest.

How to Close Real Estate Deals in Florida What is the Key to Effective Post-COVID Mediation?

Are there any other methods you would suggest employers consider in order to better secure their proprietary information?

Prevention is oftentimes better than cure. An employer will be much better able to take effective and expeditious action against a current employee who may be misusing confidential information rather than a former employee who has already left to join a competitor. Employers should examine whether their business interests would be sufficiently protected by a thorough nondisclosure agreement or non-solicitation agreement, which are more likely to survive scrutiny.

Drafting and consistently implementing company policies aimed at safeguarding confidential information is another great way to set rules and expectations. Policies can address use and disclosure of data, electronic communications and social media, as well as disciplinary practices in the event of violation. Employee training is also a highly effective but commonly underestimated tool to communicate such polices to employees. Depending on the industry and nature of the business, and only if necessary, employers may also want to implement reasonable monitoring practices (although I would highly caution against potentially overreaching surveillance that would negatively affect employee morale). Lastly, separation agreements can be useful tool to allow outbound employees to reaffirm post-termination obligations.

Ruofei Xiang is an attorney with Mazzola Lindstrom LLP who focuses her practice on employment litigation and counselling. She represents corporations and individuals before state and federal courts in claims involving discrimination, retaliation, restrictive covenants, breach of contract and other employment issues. She counsels employers on the implementation of compliant policies and preventative practices. She routinely drafts employment agreements and handbooks, and provides employee training on discrimination, harassment, sexual harassment and business ethics.