Canadian Immigration Processing: Will the Improvements Be Enough?

By the end of 2022, the Canadian government intends to use an $85 million budget to reduce processing times across all IRCC lines of business. However, it remains to be seen whether or not this will be sufficient to free up the country’s existing immigration backlog. 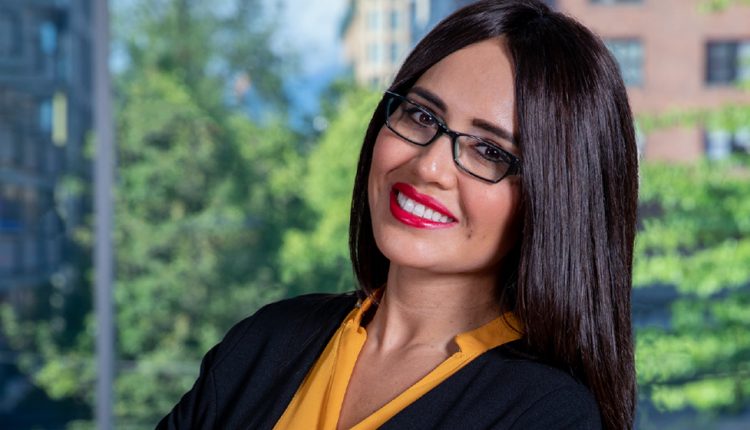 In this feature, Canadian immigration lawyer Maria Campos offers her thoughts on the issue.

Do you think the proposed measure will go far enough to tackle Canada’s 1.8 million+ immigration backlog?

It is uncertain whether the current $85 million budget will have any meaningful positive impact in the short term, on the 1.8+ million immigration backlog. Most of the money was meant to be spent on developing online and electronic processing systems, which in themselves take time to create and meanwhile the backlog only increases. Also, there is a transition period once these new systems come into effect, which requires re-training of officers while many will still be processing applications in the traditional way. The express entry system is a perfect example of the time that it takes for an electronic processing system to become effective.

The express entry system was created in 2015, and in my opinion only started to show positive results within the last 2-3 years. This is because most people who are applying under express entry are finally familiarised with the system itself and the officers are now well aware of how the system works, both technically and legally. The pause in the express entry draws have nothing to do with the ineffectiveness of the electronic system itself, but with the significant number of invitations that IRCC issued in February 2021.

Most technical difficulties under express entry have been dealt with, but even with an already proven-to-work system it was insufficient to handle the backlog after the invitations last February. It does not matter how much technology IRCC uses if they continue to expand on the number of applications taken into processing. Another problem with technology in the immigration field is that there are currently several different portals to work with and multiple areas to submit applications, which may make it more difficult for applicants who qualify under different streams to navigate an ever more complicated electronic bureaucracy.

I do believe that the funds allocated now to improve the current system will have results at some point, but definitely not in the short term. The government of Canada has increased the number of targeted immigrants year after year without being ready to process all the applications.

Recently, what are some of the most common concerns you see from clients wishing to enter the country?

It is obvious that younger immigrants are usually the best candidates. Clients in their late thirties or early forties often feel discouraged by the fact that they will most likely have fewer opportunities to qualify under the various programs available. That being said, with the current backlogs and potential applicants getting older, they are concerned about not getting invitations on time or before they continue to lose points because of their age.

In your experience, which groups are most heavily impacted by the backlog?

How have IRCC operations attempted to address the increased demands of the pandemic?

There are some candidates across the world who would have not thought to come to Canada in the past, and the response by the Canadian government during the pandemic made people more aware of how incredible it is to be here. Those people who never thought of immigrating now look to Canada as an option. As a result, IRCC has more and better candidates to choose from.

However, the government has been missing out on this opportunity by not issuing invitations under the FSW program because they also have a responsibility to the applicants who are already in Canada, which might be the reason why they decided to issue thousands of invitations early last year under the Canadian Experience Class instead. It could be said that Canada has attempted to respond to this increased demand by facilitating more permanent residency options to immigrants who are already here.

Those people who never thought of immigrating now look to Canada as an option.

How has the IRCC started to reduce processing times?

The first move shown by IRCC to reduce processing times happened in the middle of the pandemic when the minister committed to processing family class applications within the regular processing times despite the initial backlog created at the beginning of the pandemic. Right after his statement, IRCC started issuing temporary file numbers to most applicants in the backlog. It was noticeable how within a few days, I started receiving dozens of emails from IRCC, all regarding family class applications providing their temporary file numbers.

Another obvious move was seen in the spring of 2021 when IRCC processed entire express entry applications within 3-4 months. Something that is definitely helping to reduce the backlog is the electronic landing system, which means applicants do not have to book appointments to perform their landing. They also do not risk missing their landing date deadline and are able to complete their process electronically.

It has been suggested that express entry draws would not invite FSWP candidates or CEC candidates for the first half of 2022. In your opinion, what are the major pros and cons of this?

A pro is that better candidates will submit their profiles for the next several draws once express entry resumes. Also, not issuing as many invitations helps reduce the backlog.

But the major cons are that in-Canada applicants are now turning to provincial nominee programs which are starting to show a backlog as well, and some applicants are relying on invitations to continue remaining in Canada, which makes their futures uncertain.

What is your opinion about the public policy permanent residency programs for international graduates and essential workers? Did these programs contribute to the backlog?

The essential workers program was great, because not many of those people had options to become permanent residents. The areas also cover industries in high demand and the program provided certainty for those immigrants.

What Are Canada’s Immigration Issues? Immigrating to Canada? The Complications, Solutions and Benefits

The program for international students was good in substance as well, although badly planned. There are hundreds of thousands of international students in Canada and it was obvious that the program was going to fill up within hours, meaning that over 40,000 applications contributed to the backlog in one single day. Not to mention that many self-represented applicants rushed into submitting their applications without even understanding the basics, and while those applications have the right to be processed, their relatively poor quality puts an added burden on the system.

How do you foresee these changes to immigration processing times impacting your firm?

We have had to accommodate our cases remaining active for a longer period of time. Invicta Law is taking on new clients and addressing their immigration needs, but at the same time focusing on active files and addressing the statutory stages of the processing, replying to procedural fairness letters and ensuring clients keep their legal status at all times until they become permanent residents.

Maria Campos is a lawyer in Vancouver, BC who has practised immigration law since 2012. Maria first visited Canada in 2005 on an academic exchange program to the University of British Columbia before returning to Mexico, where she finished her bachelor’s degree in Law, a master’s degree in Corporate Law and other studies in Europe over a year. After this she immigrated to Canada as a temporary worker under a Working Holiday Visa – and then permanently under the Federal Skilled Worker Program.

Maria became a Canadian lawyer as well and founded Invicta Law Corporation in 2018. Invicta Law strives to provide the best quality advice on Canadian immigration law for businesses and individuals by studying each case with detail and to ensure the Law is properly applied. Maria is an immigrant herself helping other immigrants to make Canada their home.