This month we have the pleasure of hearing from JP Schmidt, whose work in the legal sector has been studded with remarkable achievements in the US and abroad. 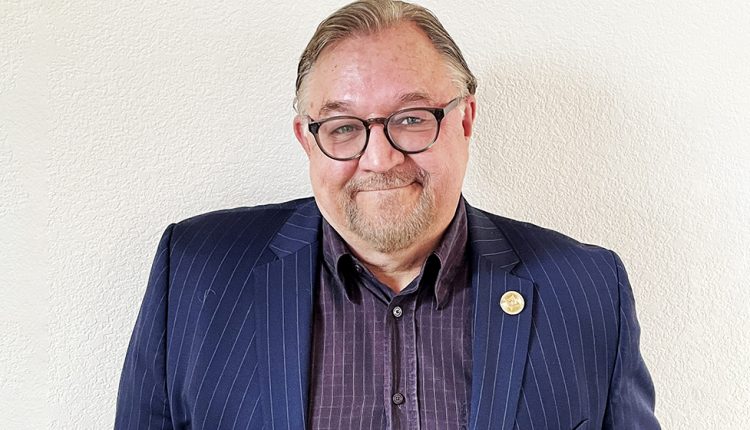 Below, Mr Schmidt takes us through his career journey and explains the difference his work has made to the insurance landscape of Hawaii and the still-developing Ethereum blockchain.

You have had a storied career both in private practice and in the public sector. Could you give us a brief history of the government roles you have held?

I joined the Maui County Office of Corporation Counsel as a Deputy Corporation Counsel advising the Departments of Finance and Budget. After three years, I was appointed Corporation Counsel, overseeing a staff of 11 attorneys plus support staff including a paralegal and investigator. We had significant victories in court over Dow Chemical and Occidental Petroleum and the US Environmental Protection Agency and helped the Mayor and Directors of county departments achieve numerous initiatives to benefit the citizens of Maui.

After a few years as a partner in the law firm of Crockett Nakamura & Schmidt, I was appointed Insurance Commissioner for the State of Hawaii. In the United States, each state regulates the insurance business, while most other financial services are primarily regulated by the federal government. As a result, I oversaw regulation of domestic, national, and international companies doing business in Hawaii. We brought in a number of companies to provide new options for the people of Hawaii, including Dong Bu, one of the largest Korean insurance companies. Dong Bu entered Hawaii under a model Port of Entry law that I shepherded through the legislature.

I also began the review of health insurance premium rates and pushed to wrap up several estates of companies in liquidation that returned 100 cents on the dollar to claimants. In addition, I represented the US insurance regulators in testifying before Congress and joining the US Trade Representative in successful negotiations with the government of Japan to privatise Kanpo, their postal insurance company (at the time the biggest insurer in the world).

In what ways did working as a government lawyer differ from your work in the private sector?

Of course, as a government attorney, you do not have the joys of hourly billing and attracting new clients. Many attorneys may suspect that the job of government attorney is boring, as I originally did. But accomplishing a variety of good results for society while in compliance with the numerous additional laws that apply to government attorneys requires creativity, intensive research and persistence – and seeing the benefits in your community is very rewarding.

As a government attorney, you do not have the joys of hourly billing and attracting new clients.

How did you draw upon your earlier career experience as Insurance Commissioner for Hawaii?

Managing government attorneys is no easy task. I gave a lot of praise for a job well done because the media often seems to enjoy frequent criticism of the government and its lawyers. I also established goals for accountability. I  emphasised pride in the work, often saying: “Each paper on your desk is not just dried ink on wood pulp; it is important to the life of a person in our community”. As Maui Corporation Counsel I heard all the excuses used to avoid work and learned how to short-circuit such claims and keep the ball rolling. The Division of Insurance (DOI) had a number of attorneys in legal, supervisory and analyst positions. Lessons learned worked well at the DOI as well. I also would not accept a standard government employee response: “That’s how we’ve always done it”. If there is a more compendious and efficient way, that is how we will do it now.

Which aspects of this position did you find most interesting?

Working with international regulators and working with Insurance Commissioners from the different states with their different views and approaches to the job. I also actually enjoyed working with the media.

What was your strategy for speaking with the media during this time?

The media’s standard story is “big bad insurance company beating up on the poor little consumer”. When the media called me, I would spend time explaining all the facets of the issue. They were appreciative because they then got a better story. Government attorneys normally just say: “No comment”. I got frustrated when there was an opposing point of view because the media would talk to me, then they would talk to my opponent (plaintiff’s attorney, union, et al), and I would not get an opportunity to rebut. So, I established a routine where I would tell them my side, then my opponent’s side (fairly, of course) and tell them why I disagreed. That way I got in a pre-rebuttal.

When the media called me, I would spend time explaining all the facets of the issue. They were appreciative because they then got a better story.

How did you work to establish Hawaii as a captive insurance domicile? What other outcomes did your tenure have for the state?

Hawaii was one of the first states to enact friendly statutes for captive insurance. We had good expertise in the DOI. We regularly met with companies and supported the captive managers, reinsurance agents and actuaries in the private sector. We were the second-largest domicile in the US by number of captives and in the top ten in the world. I liked to point out that we were the fifth largest domicile in the world based on capital assets.

We held a captives’ conference in Japan once a year to educate companies and insurers on the captive company benefits. As a result, we became the premier domicile for Japanese companies’ captive companies.

How did your career eventually lead you to your current position as Principal of Abaris Global?

I wanted to set up my own business after I learned about the profound promise of blockchain technology. Through personal contacts, I was introduced to Ethereum leadership and Vitalik Buterin. Because of my background in government regulation and board meeting procedures, I was asked to help Ethereum Foundation run its board of directors meeting and with the charter for the stiftung. Shortly afterward, the Swiss financial authority, SIFMA, asked for a meeting with Vitalik and I was asked to attend and advise based on my understanding of the common concerns of government regulators.

What Are the Legal Risks of Purchasing NFTs? What is Arbitration’s Relevance to the Tech Sector?

Following this, I provided a variety of legal services to Ethereum and attended the annual Devcon in Shanghai in 2016 and Cancun in 2017. I gave a presentation on insurance regulation application to blockchain developments at the first Decentralized Insurance Conference (D1Conf). The government of Mexico asked me to present at their annual International Seminar on Surety and Insurance. I co-authored a nontechnical explanation of blockchain and a review of regulation in the US and around the world in the Hawaii Bar Journal.

Can you tell us anything about your plans for the firm and yourself in 2022?

I will continue to consult and give presentations on blockchain regulation as well as various insurance issues. In February I attended ETHDenver, billed as the “largest ETH event in the world”. There were numerous speakers’ panels and workshops on the latest issues, as well as a retreat at Breckenridge resort.

JP Schmidt is a former Hawaii state Insurance Commissioner and Maui County Corporation Counsel with two decades of experience in insurance regulation and insurer infrastructure. As Principal of Abaris Global, he advises on international, national, state and local issues relating to regulatory affairs, corporate governance, insurance, including health insurance, captives, and commercial property, casualty and liability, and government and political process. He is also highly knowledgeable in blockchain regulation with experience advising the Ethereum Foundation.