Chinese terminal operator Cosco Shipping Ports is set to receive a 35% stake in the Tollerort container terminal of the Port of Hamburg and Logistics (HHLA). 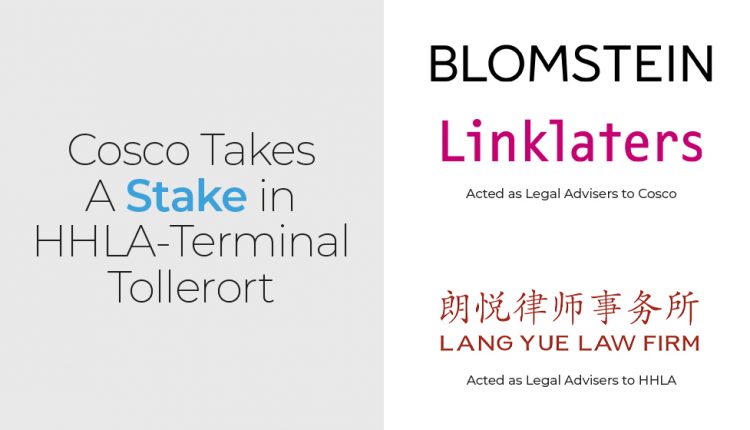 The negotiations, which began in June, have concluded successfully, but the deal has yet to be approved by regulators.

Chinese business has become extremely important for the Port of Hamburg. Ships from Cosco Shipping have been calling at HHLA’s Tollerort terminal for almost 40 years. Common goals between Cosco and the HHLA management are a closer interlinking of Chinese logistics flows at the Hamburg location, according to HHLA head Angela Titzrath.

Blomstein advised Cosco with a team led by partner Dr Roland Stein and including associates Josefa Dengler and Vanessa Kassem, all advising on German foreign trade law. Cosco was also advised by Linklaters.