Why is Prince Philip’s Will Going to Be Sealed for 90 Years?

The indefinite sealing of royal wills is a practice that dates back to the early 20th century. Below, we hear from Mitra Mann, senior associate at Wright Hassall, who explains the reasons for this tradition and why the will of the late Prince Philip is set to break from it. 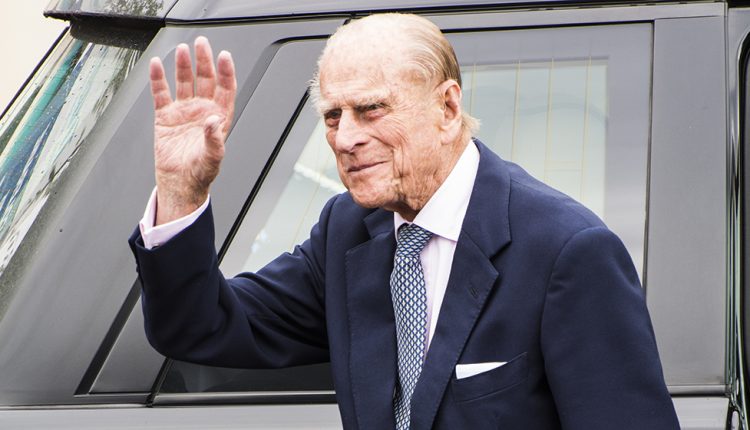 In line with a century-old tradition, the will of the late Prince Philip, Duke of Edinburgh, executed on 5 June 2013, will be sealed up and remitted to the safe keeping of the President of the Family Division (currently Sir Andrew Macfarlane), as Head of Probate. This follows the application by the executor of Prince Philip’s will for an order that the will and probate documents should not be open to inspection.

This custom of sealing royal wills was first instituted in 1910 when the will of Prince Francis of Teck, the brother of Queen Mary, was sealed up (allegedly because of concerns that it contained legacies that could embarrass the Royal Family). Other sealed wills residing in the safe of the President of the Family Division include those of Princess Margaret and the Queen Mother.

However, in a departure from previous practice, Sir Andrew chose to make his judgment regarding the application – made by the executor of the Prince’s will and heard in private – a matter of public record, which is the first time this has ever been done. In another first, he also specified that the will must remain sealed for only 90 years, rather than indefinitely, as per the current arrangement. Sir Andrew’s decision to ‘go public’ was largely determined by a desire to give some legal and historical context behind the convention of sealed royal wills, as well as providing a template for future applications, not least to scotch speculation that sealing the will of a senior Royal was in any way extraordinary.

As Sir Andrew outlined, the default position once a grant of probate is issued is that a will is open to public inspection on application to the Probate Registry. However, under the relevant legislation, if a judge considers that it is ‘undesirable or otherwise inappropriate’ for the will to be publicly inspected, this default position can be disapplied, as has been in the case with royal wills. The only member of the Royal Family whose will does not need to be proved by grant of probate is that of the Sovereign.

Sir Andrew’s decision to ‘go public’ was largely determined by a desire to give some legal and historical context behind the convention of sealed royal wills.

There are currently over 30 envelopes containing the sealed will of a deceased member of the Royal Family in the custody of the President of the Family Division. Sir Andrew noted that modern convention dictates that only those executors of the wills of immediate family members to the Sovereign (children, consort, first or second in line to the throne and their children) are able to apply to seal a royal will.

The executor of Prince Philip’s will based his application to seal it on the fact that it was longstanding practice to do so; that there were no instances of such applications being refused; and that it was important to maintain consistency so that the public did not infer that a sealed will was due to a desire to conceal. He also made the point that the law allowing public inspection of wills following grant of probate, namely to ensure the deceased’s wishes were carried out, all beneficiaries traced, and the deceased’s creditors notified did not apply to the Royal Family. The judgment contained a discussion about whether or not the Executor’s application should be subject to a private or public hearing, with the Attorney General representing the public interest. The Attorney General supported the case for the hearing to be held in private, not least as “media interest in matters to do with the Royal Family was, seemingly, insatiable and highly intrusive. To have any part of the process in public would…simply fuel media curiosity.”

Sir Andrew accepted the arguments of both sides, concluding that there is a need “to enhance the protection afforded to the private lives of this unique group of individuals, in order to protect the dignity and standing of the public role of the Sovereign and other close members of Her family.” Accordingly, he granted the executor’s application, very much in line with how previous applications of this nature have been determined.

There are currently over 30 envelopes containing the sealed will of a deceased member of the Royal Family in the custody of the President of the Family Division.

A new issue which was raised at the hearing was whether royal wills should be sealed for a time-limited period. At present, Royal wills are sealed indefinitely. Sir Andrew questioned whether sealing a will for an indefinite period was either necessary or proportionate. Both parties initially suggested a period of 125 years, but he considered that an initial period of 90 years was proportionate and sufficient. On the expiry of this time limit, the will is to be opened in private in the presence of a prescribed group to include the Keeper of the Royal Archives, the Sovereign’s solicitor, and Attorney General as well as any personal representatives of the deceased as may be living. It will be that group who will determine whether the will be re-sealed or whether it will be made public.

Considering the high profile of the members of the Royal Family, it is not surprising that there is an inexhaustible curiosity about various aspects of their private lives. Given that the underlying reasons behind the sealing of Royal wills had been made public in the course of this judgment, Sir Andrew was of the view that the names of the thirty sealed wills currently in his safekeeping, should be made public, not least to avoid “the Press making fishing applications to the Registry.” However, both parties objected on the basis that such a publication was likely to give rise to excessive media interest and speculation which would be “bound to be inimical to the dignity and integrity of the Sovereign”.

Contrary to established law which enables public inspection of wills following grant of probate, there are sound reasons for upholding the practice of sealed wills for senior members of the Royal family and these have, for the first time, been clearly set out in an open written judgment.

Mitra Mann is a senior associate in the contentious probate team at Wright Hassall. Her areas of expertise include advising on claims under the Inheritance (Provision for Family and Dependants) Act 1975, challenging the validity of wills, removing and/or substituting executors as well as making applications in the Court of Protection on behalf of attorneys, deputies and family members of protected persons.