Pharmaceutical spending in the United States is on the rise, due in part to the unrestricted ability of generic drug manufacturers to determine pricing. Marie Napoli, founding partner at Napoli Shkolnik, explores the current landscape of pharmaceutical price fixing litigation in the US and consumers’ options for recourse against inflated drug prices. 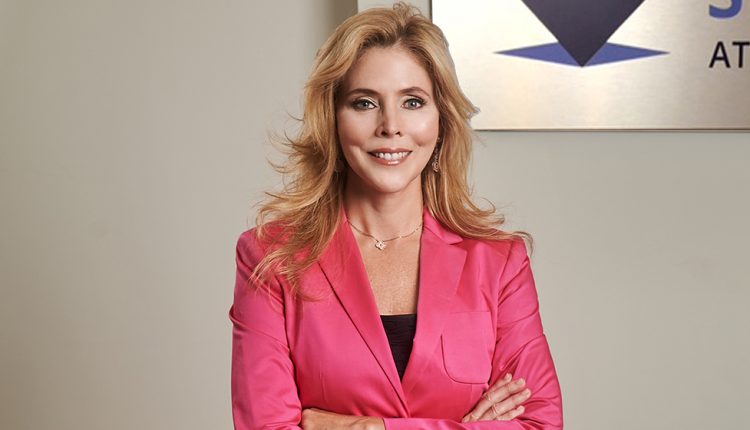 As of 2019, the United States spends more on pharmaceuticals per capita than any other country. Retail prescription drug spending amounted to $333 billion in 2017, up from $236 billion in 2007 – an increase of more than 40%. Generic drugs in particular have seen substantial price increases, some by three-figure amounts. With generic drugs accounting for 89% of all drugs dispensed in the US, this is impacting prescription drug spending on a national scale.

Many of these price increases are collusive, abrupt and unconscionable, and strongly indicative of price fixing. When these drug prices are artificially high, the counties, cities, and municipalities that sponsor these plans pay the price and incur significant damages. For the uninsured or those with health insurance that does not fully cover costs, high drug prices have even forced patients to ration their medication or even stop it altogether, putting them in danger of serious health complications and death.

Pharmaceutical companies also wield an unchecked amount of power, with laws working in their favor to protect their malfeasance. Thankfully, local governments are beginning to fight back: there are several pending large-scale lawsuits alleging price fixing of generic drugs by pharmaceutical companies.

What are generic drugs?

A generic drug is a pharmaceutical drug that contains the same chemical substance as a drug that was originally protected by chemical patents. It works in the same way and provides the same clinical benefit as the brand-name version. In the absence of anti-competitive collusion, generic medicines normally cost much less than their brand-name counterparts because they do not have to repeat animal and clinical (human) studies that were required of the brand-name medicines to demonstrate safety and effectiveness. Competition among manufacturers of generic drugs typically keeps costs low, making them the preferred choice of government-funded health plans.

As of 2019, the United States spends more on pharmaceuticals per capita than any other country.

What is price fixing?

Price fixing is an agreement between ostensibly competing parties to buy or sell a product, service, or commodity only at a fixed price, or maintain the market conditions such that the price stays at a given level by controlling supply and demand. In doing so, drug companies can demand nearly any price point for prescription drugs that they think they can achieve. For instance, between 2008 and 2015, the price of clomipramine – a drug to treat depression and nerve pain – increased by 2,700%. Propranolol, which treats high blood pressure and chest pain, increased by 1,700%. EpiPens, meanwhile, increased in cost by nearly 500% over the course of seven years.

Price fixing is almost always illegal. Antitrust laws exist to promote competition among companies and prevent the formation of monopolies by requiring that each company establish prices and other terms on its own, without agreeing with a competitor.

How drug companies call the shots and avoid prosecution

Not surprisingly, there are provisions in place that heavily favour drug companies. Under the Medicare Part D program, which covers retail prescription drugs, the federal government cannot negotiate Medicare drug prices with manufacturers. Instead, Medicare drug prices are negotiated between manufacturers and insurers, giving manufacturers the power to name whatever price they want. The federal government ends up paying more for drugs under Medicare than it does for drugs purchased through other federal programs like the Department of Veterans Affairs (VA) that do allow the government to negotiate prices, or Medicaid, which requires a manufacturer discount through mandatory rebates. The Congressional Budget Office found that Medicare paid twice as much for some specialty drugs than Medicaid.

In 2017, the State of Maryland passed a law that would have prohibited generic drug manufacturers from raising prices in a manner deemed to be “unconscionable” by the state and applied to generic or off-patent drug makers that manufacture a medicine also made by at least three other firms. The Circuit Court of Appeals nullified the law when the Fourth Circuit held that the law was unconstitutional or regulating commerce beyond the borders of Maryland. Other states have all failed, or have not successfully passed, similar legislation in their states.

Today, there are numerous complaints on file from various plaintiff-groups seeking damages from the increased prices of generic pharmaceuticals, including a now 50-state coalition.

In May of 2019, a wide-ranging lawsuit was filed in the US by 44 states, claiming price fixing for dozens of widely used generic pharmaceuticals. Defendants include manufacturers and marketers of generic pharmaceuticals, including major companies such as Sandoz, Actavis/Allergan, Greenstone/Pfizer, Fougera, Impax, Endo/Par, Perrigo and Teva, and smaller companies like Heritage and Glenmark. Today’s actions include over 400 drugs at issue and plead facts alleging an industry-wide conspiracy to continue to raise the price of generic pharmaceuticals. Evidence shows competing drug companies were in constant communication prior to price increases, such as making phone calls in which prices went up soon after. These cases are proceeding in a Multi-District Litigation (MDL) currently pending in federal court in Philadelphia.

As part of that litigation, two high-ranking Heritage Pharmaceuticals executives pleaded guilty to fixing generic drug prices. Heritage paid $7 million in criminal penalty and civil damages and agreed to cooperate with an ongoing Department of Justice investigation into this matter. That investigation now includes over a dozen companies and 300 different generic drugs. Sandoz also agreed to pay a $195 million penalty and admitted to antitrust crimes.

In the similar vein of price gouging, Martin Shkreli, the CEO of Turing Pharmaceuticals and the man behind the infamous 5,000% price increase of the life-saving drug Daraprim, will soon go on trial for his alleged anticompetitive efforts to suppress generic competition.

This past December, Napoli Shkolnik PLLC began representing Schuyler County Attorney Steven Getman in suing drug manufacturers for price fixing. In 2019, we began working with New York counties on a price fixing lawsuit likely to be heard in federal court in eastern Pennsylvania. That same year, we entered into an agreement with Schenectady County Attorney Chris Gardner to work on a price fixing lawsuit. These cases, along with the many others referenced above, are proceeding in the MDL currently pending in federal court in Philadelphia.

Today, there are numerous complaints on file from various plaintiff-groups seeking damages from the increased prices of generic pharmaceuticals.

If your public employee health plan costs increased due to overpriced generic drugs, now is a good time to exercise your legal rights.

You may consider multidistrict litigation (MDL). MDLs expedite the judicial process, so cases often settle quickly and on plaintiff-friendly terms. In June of this year, Teva Pharmaceuticals has agreed to settle with the state of Mississippi for $925,000 in a price fixing lawsuit. Though a modest sum, this shows that MDL has the potential to succeed. Additionally, a multidistrict litigation forum was recently established in Pennsylvania to handle the growing number of claims.

Class action lawsuits are also an option: this year, drug manufacturer Actavis signed a $1.1 million class action settlement with parents and caregivers of children suffering from attention deficit hyperactivity disorder (ADHD), after it was alleged the company delayed releasing its generic ADHD medication in an anticompetitive deal with Shire, the maker of the brand-name version. It is important to note that individual class action settlement winnings can be sparse depending on class size.

Additionally, new laws are being proposed to eliminate price-fixing and allow Medicare to negotiate drug prices. You can write to your representatives to voice your concern and urge them to take action.

Every consumer has the right to drugs they can afford. Local governments should not incur damages that shatter their economy, nor should drug prices force a person to forego their lifesaving and life-improving medication. Drug companies are exceedingly powerful – but with the growing number of lawsuits rising against them today, it is possible that meaningful change will occur soon.

Napoli Shkolnik is a national law firm based in New York City. Their personal injury attorneys represent victims across the country in litigation, mediation and arbitration across a range of practice areas, including medical malpractice, environmental litigation and civil rights. With additional offices in Long Island, New Jersey, California, Delaware, Florida, Illinois and Texas, Napoli Shkolnik’s team boasts 30+ years of experience and more than $3 billion secured for their clients through verdicts and settlements.

Marie Napoli has been an attorney for over twenty-five years. She has experience handling personal injury, medical malpractice litigation, pharmaceutical litigation, employment discrimination, civil rights, and mass tort matters. Marie earned her JD from St John’s University Law School and her LLM degree from New York University (NYU) School of Law. She has worked for the New York Appellate Division, 2nd Department and has taught CLE courses on Tort and Civil Procedure at St John’s University School of Law. As a founding partner of Napoli Shkolnik PLLC, Marie is involved in many depositions and has tried multiple cases to verdict. She is also bringing her considerable skillset and experience to a collaboration with Ben Crump on numerous social injustice litigations.