Lessons Learned from the Cancellation of Banksy Trademarks

Following decisions from the European Union Intellectual Property Office, several trademarks belonging to renowned graffiti artist Banksy have been invalidated. Below, we hear from Gregor Kleinknecht and Anastassia Dimmek at Hunters Law LLP, who outline the cases and what they demonstrate about the filing of trademarks in “bad faith”. 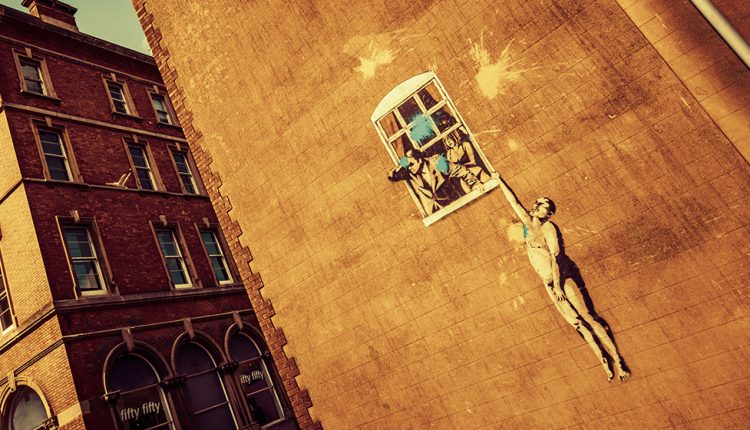 The EUIPO cancellation division has now invalidated a series of Banksy’s figurative trademarks, of which the decisions concerning ‘Flower Thrower’[1] and ‘Monkey Sign’[2] were the most widely reported and commented on (the trademarks were actually registered by Pest Control Office Limited (“Pest Control”), the company which represents Banksy in public and authenticates his art works. Banksy still holds a portfolio of other trademarks for his images and artworks, and it would not be surprising to see the rest of his portfolio also being challenged on similar grounds. While there may be doubts as to whether he will prevail in defending them, he has since applied to re-register some of the cancelled trademarks.

The ongoing story of Banksy’s trademark invalidations in Europe raises interesting issues for the art world at the interface of art law and IP about the boundaries and limits of copyright law and trademark protection. These cases highlight that both types of intellectual property exist to protect different rights within their own legal framework and without regard to rightsholder preferences. At the heart of trademark legislation lies the protection of commercial interests and brand assets whereas copyright, on the other hand, is aimed at protecting the artist’s creativity. Relying on a trademark simply because copyright protection is not afforded for a particular artwork will not be accepted by the EUIPO as a satisfactory reason to retain that trademark.

The renowned British street artist going by the name Banksy had always made a point of remaining anonymous, which added to the mystery surrounding his artist persona. A new record was set for his work in October 2021 when his now famous shredded art piece ‘Girl with a Balloon’ sold for £18.5 million at Sotheby’s in London[3]. However, this anonymity at the same time prevents him from asserting copyright in his works, which would of course otherwise benefit from copyright protection and enable him to defend his IP by bringing a claim for breach of copyright against infringers. But, in order to protect his anonymity, Banksy instead attempted to protect his works through trademark registrations. These registrations were challenged by Full Colour Black Limited (“FCB”), a greeting card company unrelated to Banksy which re-creates images of his artworks for sale, as having been filed in bad faith.

Relying on a trademark simply because copyright protection is not afforded for a particular artwork will not be accepted by the EUIPO as a satisfactory reason to retain that trademark.

The two applications for the invalidation of the trademarks in ‘Flower Thrower’ and ‘Monkey Sign’ were argued on similar grounds, both on the applicant’s (FCB’s) and the proprietor’s (Pest Control’s) side. FCB invoked the ground of bad faith under Article 59(1)(b) EUTMR and also the ground of lack of distinctive character under Article 59(1)(a) EUTMR in connection with Articles 7(1)(b) and 7(1)(c) EUTMR, which are all absolute grounds for revocation. The basic challenge was that Banksy acted in bad faith because he sought to circumvent the requirements of copyright law by seeking to monopolise images of his works without disclosing his identity.

An application for a declaration of invalidity under Art 59 EUTM (grounds for invalidity) must of course be distinguished from applications under Art 58 EUTM (grounds for revocation), as the first examines the validity of the registration when it was first applied for, while the latter tests whether the sign has been put to genuine use within a continuous period of five years. The EUIPO rejected Pest Control’s argument that the matter should be assessed under Art 58. Banksy may have had a somewhat more convincing case if the EUIPO had followed this request since he appears to have started using the Monkey Sign trademark before FCB’s application in the Monkey Sign case (albeit, arguably, in contemplation of the lawsuit).

Under EU trademark rules, bad faith is a subjective state of mind based on the applicant’s intentions when filing an EU trademark. The applicable test in an action by the cancellation applicant against the registered proprietor, based on bad faith, is actually a two-stage test, which first requires the applicant to demonstrate a dishonest intention by the registered proprietor which is then judged against an objective bad faith standard against which that action can be measured to come to an overall assessment. In both decisions, the EUIPO therefore focused on the facts surrounding the time when Banksy filed the trademark applications.

Under EU trademark rules, bad faith is a subjective state of mind based on the applicant’s intentions when filing an EU trademark.

The decision in Flower Thrower is useful for an understanding of the proper construction of the term ‘bad faith’. Banksy relied on the SKY decision[4] in support of an argument that, unless the contrary can be demonstrated by contemporaneous evidence at the date of filing, the proprietor’s intention to use the mark as a trademark is evidenced through the filing of the application.

The EUIPO based its decision entirely on a finding of bad faith as it considered that there was clear evidence that Pest Control filed the application for registration without any intention of using the contested EUTM, but with the intention of obtaining an exclusive right for purposes other than those falling within the functions of a trademark. There was no genuine intention to use the sign as a trademark. The EUIPO further found that Banksy was not trying to carve out a portion of the commercial market for selling his goods but was merely trying to fulfil the trademark class categories to circumvent use requirements for these goods and to satisfy EUTM rules. At the time of filing of the invalidity application in the case of Flower Thrower, Banksy had not marketed or sold any goods in relation to the trademark[5].

Banksy possibly did not help matters with his comment that he was producing work for the purpose of meeting EU trademark requirements; the decision picked up on an alleged comment from Banksy in an article that “…for the past months I’ve been making stuff for the sole purpose of fulfilling trademark categories under EU law”[6]. Neither was it helpful to open a pop-up and web shop, called Gross Domestic Product, for the admitted purpose of demonstrating use of the trademark and undermining FCB’s invalidity application while at the same time encouraging the copying and uncredited use of the artist’s images for a variety of non-profit purposes.

The EUIPO had no compunction in finding this conduct to be inconsistent with honest practices. Pest Control’s statement that Banksy intended to make genuine use of the trademark in the next years could not be used as a defence against an invalidity application. Banksy had only started using the EUTM after the proceedings in Flower Thrower commenced, and about a month before the proceedings in Monkey Sign began[7].

The decision in Flower Thrower is useful for an understanding of the proper construction of the term ‘bad faith’.

While Pest Control contended that FCB were looking for ways to avoid Banksy’s artist rights, which they knew could not be protected by copyright, FCB in turn argued that Banksy allowed the free downloading of his work and that their use of his work on goods was only decorative, rather than trademark use. They further flagged that Banksy had not given any evidence of licenses granted in relation to his work and that he was being selective on who could use his work, which had already been widely photographed and disseminated and was in use as decoration for a wide variety of items produced by third parties, including merchandise and posters. The trademark could not therefore fulfil the basic function of distinguishing the source of goods.

Banksy further sought to rely on the decision in the Neuschwanstein case[8], which stated that a party who registers a trademark in pursuit of a legitimate objective to prevent another party from taking advantage by copying the sign is not acting in bad faith[9]. However, the EUIPO firmly rejected that Banksy was pursuing a legitimate objective with his trademark registration and distinguished his case from Neuschwanstein, which involved commercial use.

The EUIPO made a particularly critical point of highlighting that Banksy works through the medium of graffiti, although it is not quite clear why it should make a difference that his art is produced on the sides of buildings in public spaces rather than on canvas. However, where Banksy’s argument does (at least for now) fall down is that neither copyright law nor trademark law allow him to succeed with the balancing act of asserting (and profiting from) anonymity while at the same time seeking (if selectively) to protect his images in circumstances where this is properly the domain of copyright law in the absence of commercial use by the artist himself.

While there is no requirement under EU trademark law for an applicant to have the intention to use the mark at the time of filing, an application can nevertheless be deemed to have been filed in bad faith if there is clearly no intention to use the mark and the application is filed to obtain exclusivity for purposes other than those falling within the function of a trademark.

The Reasons Behind Picking IP Law Avoiding Litigation: How to Trademark the Right Way

While we may sympathise with the non-conformist struggle for seeking protection through the legal system, while at the same time rejecting it, there are plenty of examples of other artists successfully using trademarks to protect their artworks, often in conjunction with copyright, to protect both their creative as well as their commercial rights. While Banksy may believe that “copyright is for losers”, he has not yet found a winning formula for protecting his artistic output. He will share that challenge with many other street artists who find themselves in a similar position.

Equally importantly, to the extent that his trademark applications around the world are based on EU trademarks, there may well be trouble brewing elsewhere, too. We wonder whether he has considered registered design rights, at the risk of having to live with much shorter-term protection?

Hunters is a leading full-service law firm based in Lincoln’s Inn that offers specialist legal advice across a range of services. Founded in 1715, the firm’s clients range from private individuals and businesses to trusts, landed estates and charities, and it has recently been credited in The Times Best Law Firms 2021.

Anastassia Dimmek is an associate at Hunters. Her areas of practice include business services – with a focus on commercial, company and intellectual property matters – and art & cultural property, where she advises a broad range of clients on contentious and non-contentious art law matters.