Why Social Media Due Diligence is Essential to Sports Sponsorship

Though they remain as lucrative as ever, sponsorship contracts face a new kind of peril in the age of social media and brand backlash. Sports lawyer David Winnie illustrates the importance of due diligence prior to agreeing sponsorship deals, pointing to examples of high-profile athletes whose conduct on social media has jeopardised the images of their sponsors. 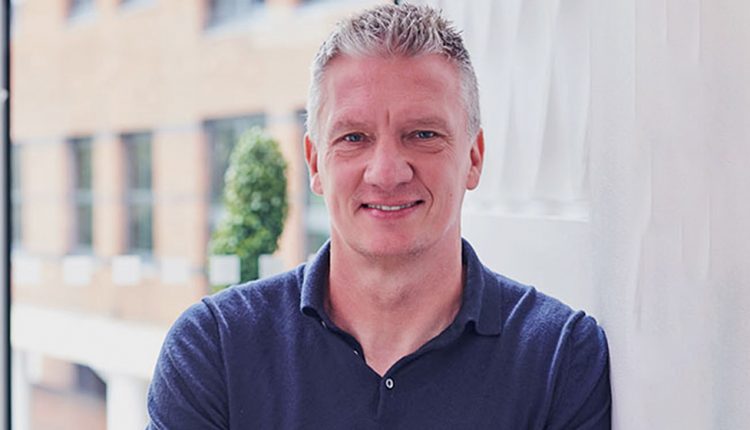 For companies looking to improve brand recognition, connect with new target markets and boost revenues, sponsoring an influential athlete can be an alluring opportunity.

The core purpose of sponsorship is for the sponsor to benefit from a positive brand association. In recent times many sponsors have gone beyond merely using the endorser as a model for displaying their logo, instead aiming to closely align themselves with the competition, team or athlete they are sponsoring in a multitude of ways.

When a sponsorship deal goes well, the potential rewards for the sponsor can be vast, but agreeing to a deal that goes poorly can be particularly damaging if it leads to a large amount of adverse publicity. Because sponsors depend upon the performance and image of the sportsperson they are endorsing, their conduct both on and off the pitch – including on social media – can have a heavy bearing on the potential return on investment.

The rapid growth of social media over the past decade and its reactive nature means it is more crucial than ever for would-be sponsors to be on the lookout for their new sporting ambassador to ensure they carry out due diligence before any contracts are signed.

Here, we explore why these steps are so critical, and explain what brands can do to limit the potential risks of agreeing a bad sponsorship deal.

Agreeing to a deal that goes poorly can be particularly damaging if it leads to a large amount of adverse publicity.

Why it pays for brands to do their research

Social media provides a platform for sportspeople to share their thoughts and views with millions of people around the world and, while analysing their social media activity can be a lengthy process for potential sponsors, it is a necessary one. Vetting a potential ambassador’s social media accounts could unveil comments and views that do not reflect the morals and values of the sponsor, and the negative publicity that this could result in may severely damage the brand’s reputation.

As deals with the most sought-after stars can often cost millions to sign, ensuring that these checks are made can provide a vital means of safeguarding the investment, and those brands that choose to align with an individual with a chequered social media history run a greater risk of seeing the deal go sour and their revenues decline as a result.

There have been many instances in which athletes have lost their sponsorship because of their social media activity, though some have received considerably more press attention than others. Barcelona forward Antoine Griezmann, for example, had his contract with Japanese video games developer Konami revoked when a Snapchat video from 2019 resurfaced in which he appeared to mock Asian hotel staff.

More recently, bowler Ollie Robinson was suspended by the England and Wales Cricket Board [ECB] from international cricket duties as a result of historic tweets he had made containing racist and sexist overtones.

This in turn called attention to other controversial tweets posted by fellow players, prompting the ECB to announce its intention of carrying out a social media review “to address any historical issues, remind individuals of their personal responsibilities going forward, and help them learn lessons along the way.”

Other notable cases include Australian rugby league player Israel Folau, who was dropped by sponsor Asics in 2019 following a string of homophobic social media posts, and Olympic gold medal swimmer Stephanie Rice, who was relieved from her posts as a Jaguar spokesperson in light of a homophobic tweet she posted after beating South Africa in a tournament. In each case, the sponsor has been eager to distance itself from the media fallout as a means of reducing the damage to their brand.

By remaining in partnership with the endorser in question, the sponsor is at risk of the public coming to associate the actions of the individual with the values of their brand, and with social media backlashes having become the norm, firms must be extra vigilant that they are in a position of strength for when things go awry.

How companies can avoid a bad sponsorship deal

Besides ensuring that due diligence on social media is conducted, firms must formalise sponsorship agreements in writing, addressing all the relevant terms and conditions, thereby protecting the sponsor’s interests, providing certainty, and minimising the risk of a dispute.

Given the huge implications that some incorrect wording in a contract can have, it is sensible to have a qualified sports lawyer review contracts to help mitigate any risks and ensure that agreements contain appropriate ‘morals clauses’.

Besides ensuring that due diligence on social media is conducted, firms must formalise sponsorship agreements in writing.

A morals or morality clause is a provision within a contract which holds a party to a certain behavioural standard. The purpose of a morality clause is to manage or guarantee the image of one party meets the expectations of another, and it gives sponsors the right to terminate the deal in the event that the endorser engages in conduct that might bring their brand into disrepute and negatively impact their image, goodwill and reputation. Such conduct would include attracting controversy on social media and the clause would allow sponsors to sever ties straight away to limit any reputational and financial damage.

In the age of social media, however, there are challenges when it comes to enforcing a morals clause. For example, it can be difficult to measure brand diminution and to pinpoint a particular tweet or post as the cause. It can also be difficult to prove that a sportsperson did in fact write the controversial tweet or post – complicated by instances in which athletes have a third party composing their posts or otherwise overseeing their social media accounts.

Another problem is that any investigation of an individual’s posts is constrained by the privacy settings applied to their account. Without explicit consent being given for their private accounts to be viewed, it is unlikely that brands will get a full picture of a person’s activity.

In such instances, it can be useful to give particular attention to a subject’s ‘likes’ or ‘retweets’, as these can often provide an insight into their views and whether they are likely to be in accordance with those of the sponsor.

Without explicit consent being given for their private accounts to be viewed, it is unlikely that brands will get a full picture of a person’s activity.

Given all the complexities of vetting an individual’s online activity, sponsors are well advised to work with a lawyer to incorporate a specific reference to communications using social media.

In the sports industry, sponsorship is huge business and, in general, sponsorships are seen as a mutually beneficial relationship for both sponsor and endorser. However, with the increasing recognition of social media’s importance, addressing an athlete’s activities on platforms like Twitter and Facebook in the context of his or her contractual obligations has become a necessity, and there is a very real risk of things going wrong for sponsors if they fail to do their due diligence.

If brands wish to mitigate the risks of forming a partnership that could damage their reputation and revenues, the importance of carrying out social media checks and ensuring contracts are watertight cannot be overlooked.

David Winnie is a senior associate and head of the Sports team at Blaser Mills Law.

Blaser Mills Law is a full-service law firm offering a comprehensive range of legal services to businesses and private individuals. The firm acts for blue-chip companies as well as SMEs, entrepreneurs and not-for-profit organisations.

David Winnie is a senior associate and head of the Sports team at Blaser Mills Law. He has been practising exclusively in the field of sports law for over 11 years and deals with all aspects of sports, acting for individuals and organisations across the full spectrum of contentious and non-contentious matters in the sports sector.