Why Are Truck Accidents Surging in Florida?

Worrying data has shown a steady increase in road accidents in Florida despite pandemic measures having reduced traffic. 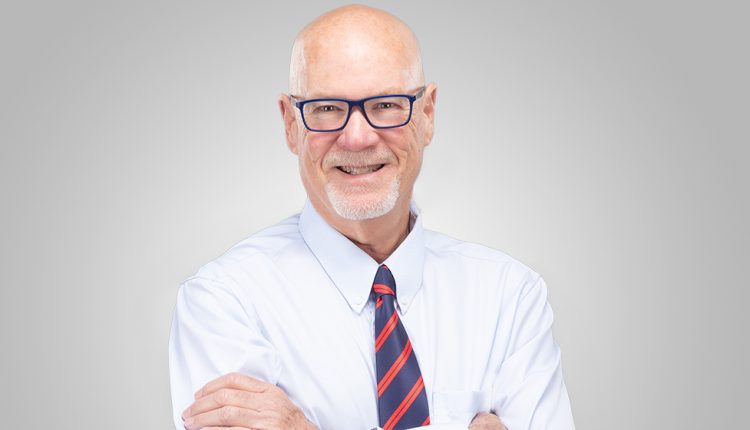 Below, we hear insight from Steve Brooks on the causes of this surge in truck and other vehicular accidents in the Sunshine State. He also offers his advice for how victims of truck accidents should act immediately following the incident.

Has there been a notable change in rates of truck and other vehicular accidents in your jurisdiction in recent years?

Yes, there has. Here in Florida, we saw a record number of traffic fatalities in 2019, according to the most recent data available. Even last year with decreased driving due to the pandemic, traffic deaths increased by 8% year over year.

Truck accident statistics are even more unsettling. The number of large trucks involved in fatal accidents recently increased over 4% in just one year’s time. Fatalities of those in crashes involving large trucks are up 36% from 2010, and injuries are up 96%.

How has Florida’s transformation into a transportation and logistics hub contributed to dangers on the road?

Due to being in the middle of the state, Central Florida is a natural centre for warehousing, trucking and logistics. The Central Florida Intermodal Logistics Center was recently developed near Winter Haven due to its geographic location. This is driving additional warehousing and logistic centres as the main “inland” port in the state. This development has been a boon for the local economy — but with the good comes the bad.

The highways that intersect Central Florida have the same number of lanes as they did seven or eight years ago. These same roads now must support the dramatic growth in truck traffic that comes with the increase in warehousing and logistics centres, on top of general population growth.

7 Winter Safety Tips for Pedestrians How Common Are Pedestrian Accidents in NYC?

What impact is this having on cities?

This growth in truck traffic has also affected not only our highways, but our cities as well. People are moving to Central Florida in droves. In fact, the Winter Haven/Lakeland metro area is the second-fastest growing area in the country. Some of this is related to COVID-19 relocations, but a lot of it is related to job opportunities in the warehousing and logistics space, along with the construction industry.

This puts pressure on county and city infrastructure, so they, in turn, need to engage in substantial capital projects to keep up. It is simple math. An expanding workforce, coupled with heavy incoming population migration from other states, combined with significantly increased truck traffic travelling the same roads and highways equals more crashes.

How have you witnessed these changes during your work?

During the initial breakout of COVID-19 in 2020, we saw a downturn in crashes because there were simply not many people driving. As we reopened in 2021, we have seen an increased number of crashes. This is due to multiple factors including huge migrations of people from the northeast and west, the rapidly growing logistics and warehousing industry, and post-pandemic reopening.

The highways that intersect Central Florida have the same number of lanes as they did seven or eight years ago.

According to the Federal Motor Carrier Safety Administration (FMCSA), just ten states account for half of all fatal US truck crashes. Florida is one of those states, and it is why we are seeing twice the normal number of truck crash victims walking through our doors this year. While truck accidents are fewer, the effects can be even more detrimental than a car crash.

The scary thing about truck accidents is a simple matter of physics. When you crash an 80,000-pound semi-truck into a 4,000-pound car, the injuries will be more severe than an identical collision between two cars. This is especially concerning when you note that the truck driver is the least likely to die or be injured in a crash. Most of those who die in truck accidents are drivers of other vehicles.

Have any recent measures, legislative or otherwise, been introduced to tackle the problem?

I am not aware of any recent legislative actions, but I do know the Florida Department of Transportation (FDOT) is studying this problem. There was an FDOT study published in 2019 titled “Large Truck Crash for Freight Mobility and Safety Enhancement in Florida.” This study covered a period between 2007 and 2016 and revealed there were 243,017 large truck crashes in Florida during the study period.

There were interesting findings from this study:

The study identified 7 high crash density locations. The highest density location was in Ft. Myers, followed by Bradenton, Lakeland, Sarasota, Naples and Auburndale. Several roads and intersections in Polk County combined to take the 7th spot. We help victims from all of these areas, so we have seen how this data becomes personal and affects their lives.

According to the Federal Motor Carrier Safety Administration (FMCSA), just ten states account for half of all fatal US truck crashes.

There is an old saying in business: “If you can’t measure it, you can’t manage it.” Now that the state has some credible and revealing data, hopefully the legislature will fund the necessary infrastructure to relieve congestion and provide a safer platform to navigate our new warehouse and logistics economy here in Central Florida.

Do you see other states heading in a similar direction?

The country as a whole is gradually evolving away from in-person shopping and towards eCommerce. Amazon and other retailers have built huge logistics warehouses across the country to service our changing consumer appetite.

I believe some states in the south are seeing an even higher degree of this type of activity. Florida in particular has seen huge population migration in the last few years. Texas, Georgia, North Carolina, South Carolina and Tennessee are experiencing the same growing pains, to some extent. These states’ populations have exploded, primarily due to migration from northeast and western states. Many companies are relocating to these states because they have low to no income taxes and are generally non-union states. COVID-19 also accelerated the trend to relocate to warmer, low-tax southern states. Accompanying more population and more corporations will be increased truck traffic.

What steps should a truck accident victim take immediately after the event?

First, check yourself for injuries and call for medical attention if needed. Truck accidents often lead to severe injuries, so you will want to get taken care of as soon as possible. You also need to call the police to come out and write an accident report.

The country as a whole is gradually evolving away from in-person shopping and towards eCommerce.

While you wait for them to arrive, take photos of the accident scene, the vehicles, your injuries, and anything else that could be helpful in determining what happened. Get the information of others involved in the crash and write down contact information from witnesses. Contact your insurance company to report the accident, but do not give any recorded statements until you speak with an attorney, as these can be used against you.

Finally, contact a truck accident attorney as soon as you can. If they are on your case from the onset, they can get records, truck black box data, and evidence before anyone has a chance to destroy it. This can be critical in the fight to get you all the compensation you deserve.

I am the managing partner of Brooks Law Group in Tampa and Winter Haven, FL. For nearly 30 years, our practice has been devoted to “people problems” – personal injury, wrongful death, and Social Security Disability. I am a people-first lawyer dedicated to helping people get the legal representation they deserve.

6 Ways Hiring a Car Accident Lawyer Can Benefit You

Liability After a Car Accident