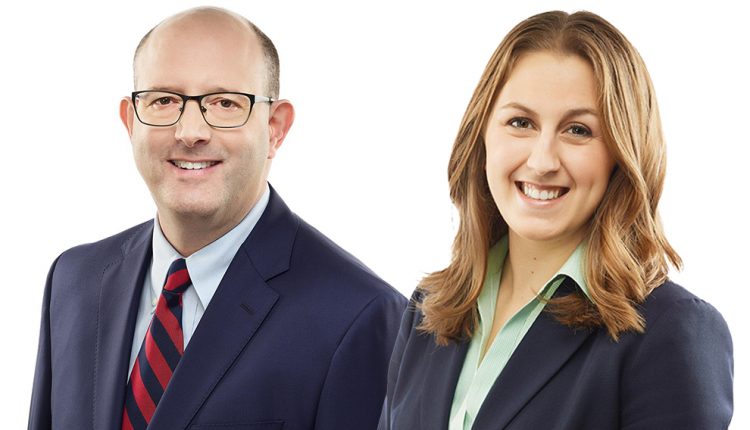 Under Canadian law, what is the distinction between an employee and an independent contractor? Does this definition differ substantially from that used in the US?

While the test to determine a worker’s status may vary slightly across forums and jurisdictions in Canada, adjudicators will review factors relating to the degree of control over the performance of the work and the independence of the worker. Unlike employees, independent contractors are in business for themselves and can negotiate terms to maintain significant discretion over the performance of their services and whether they subcontract or delegate work to others. Independent contractors do not typically have the same duties of loyalty as employees, they are rarely restricted from performing work for competitive businesses, and they are not required to devote working hours and attention to the business in the same manner as employees.

Why is it generally more desirable for a company to classify its workers as independent contractors?

Whether it is desirable for a company to retain independent contractors will depend on each business.

In general, employees are entitled to statutory benefits and protections under minimum employment standards legislation, such as minimum wage, overtime pay, job-protected leaves of absence, notice of termination, and severance pay. Employers are obligated to make statutory deductions from wages and to remit them to the applicable government authority. Minimum employment standards legislation does not apply to the relationship between a business and an independent contractor, nor is a business typically responsible for making statutory remittances associated with the fees for the services it pays to an independent contractor. For these reasons, the relationship with an independent contractor may be more cost-effective and simpler to administer.

The tests to determine a worker’s status may vary slightly across forums and jurisdictions in Canada.

In many cases, workers may prefer to be independent contractors, because it confers on them certain independence in how they perform their work. It may also provide tax benefits.

What is the typical process involved in successfully defending a class action lawsuit?

Similar to other litigation, the typical process begins with a review of the originating process to analyse the procedural and substantive aspects of the case. No class action is the same; there is no single particular route to a successful defence. However, there are common approaches to consider, such as filing preliminary motions to dispose of the matter (for example, if the contract mandates arbitration), contesting certification, and negotiating a consent certification to narrow liability.

In Ontario, the Class Proceedings Act (“the Ontario CPA”), requires that five criteria be met for a class action to be certified: (a) the pleadings disclose an identifiable cause of action; (b) there is an identifiable class of two or more persons; (c) the class members raise common issues; (d) a class action is the preferable procedure; and (e) an adequate representative plaintiff.[6] A matter may be disposed of prior to certification through a preliminary motion, such as a motion to strike, or a defendant may contest certification at the certification motion for its failure to meet these requirements. The requirements for certification are similar in the other common law Canadian jurisdictions, although each province has its own statute.

Recent legislative changes to Ontario CPA have inserted more robust sub-requirements of superiority and predominance into the preferable procedure criteria. These requirements are similar to those of Rule 23(b)(3) under the United States Federal Rules of Civil Procedure.[7] “Superiority” requires that a class action must be superior to all reasonably available means of resolution. “Predominance” dictates that the questions of fact or law common to the class must predominate over any individual issues. Under this new legislation, the plaintiff bears the burden of satisfying the additional requirements of preferability; previously, the defendant relying on an alternative procedure bore the burden of proving preferability against a high bar.[8] Thus, the Ontario CPA may pave the road for more successful challenges to certification.

Uber to Grant Worker Benefits to 70,000 UK Drivers Uber’s Supreme Court Loss: What Does It Mean for the Gig Economy?

Where a class action has been certified, the case then proceeds to determination of the merits, which can be contested at trial or summary judgment. The case can also be settled through settlement discussions and mediations, and any settlement requires court approval to demonstrate that the settlement is in the best interests of the class. Occasionally, the case can disposed of by way of a decertification motion.[9]

How might this differ when the subject of the lawsuit is employee misclassification?

The defence strategy of misclassification class actions has changed over time, as the jurisprudence concerning whether a class action raises common issues has evolved. When employee misclassification class actions were first commenced in Canada, variations in job authority, control, responsibility, and independence within the putative class could be raised as a successful defence strategy at certification.[10] Decisions to deny certification were upheld by appellate courts in both Brown v. CIBC and McCracken v. CNR on the basis that extensive job variation within the putative class indicated a lack of commonality. The courts concluded that the need for individual analyses ran contrary to the goals of judicial economy and access to justice legislated by the CPA.[11] However, in 2016 in Rosen v. BMO, the court approved certification by distinguishing the case from McCracken and Brown on the basis that the job functions were sufficiently similar – ensuring overtime pay eligibility could be decided on a class-wide basis.[12]

Following Rosen, there has been a significant increase in certified employee misclassification class actions.[13] How courts distinguish recent cases from the decisions in Brown and McCracken often entails a quantitative analysis of job variation. For example, in Montaque v. Handa Travel Student Trip, the court found commonality where the class included three substantially similar positions in comparison to the 52 positions at issue in Brown.[14] Overall, courts appear to be more amenable to job variation if it “exists at the margins of the working relationship and not at its core”.[15] However, opportunities for successful defence strategies can be found where the class members do not share a “substantial common ingredient”[16] given their work variation, or when allowing the matter to proceed as a class action would not avoid duplication of fact-finding or legal analysis.[17]

Have there been any recent legislative developments affecting employee classification in Canada? Do you foresee any major changes on the horizon?

Within the past five years, several legislative changes came into effect regarding employee classification. For example, both the Federal and Ontario governments passed legislation to prohibit classifying workers in a way that avoids minimum statutory obligations.[18]

Eric S. Block is a partner in McCarthy Tétrault’s Litigation Group in Toronto and is lead counsel on many alleged worker misclassification class actions.

Justine Lindner is an associate in McCarthy Tétrault’s Labour & Employment Group in Toronto who has worked on a number of employment class actions.

McCarthy Tétrault is a leading Canadian law firm that advises on complex and significant matters for Canadian and international interests with a focus on delivering integrated business law, labour & employment law, tax law, property law and litigation services. The 2018 Acritas Survey ranked the firm as the second-strongest law firm brand in Canada.