Motorbike Accident Claims: The Latest Road Accident Statistics And How They Affect Motorcyclists 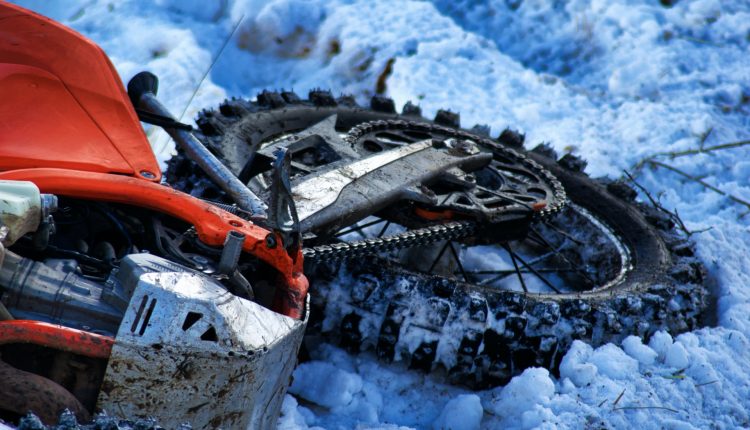 Being involved in a road traffic accident can be a life-changing and traumatic event. Accidents often cause physical injuries, mental health problems and financial repercussions. It is widely recognised that some road users are more at risk than others. More specifically, the danger is more significant to motorcyclists and cyclists than it is to motorists. Despite more cars on the roads than motorbikes, cars have a visible presence and interior protection. Perhaps more significant is that should an accident occur, motorcyclists are more likely to suffer serious injuries or even death. Victims must receive compensation to help them recover from their injuries and claim back any financial losses they may have endured.

Motorbike Accident Claims is a solicitor firm dedicated to this specific area of law. Run by R. James Hutcheon Solicitors, the firm offers advice and support for motorcyclists and cyclists that have been involved in road accidents due to someone else’s dangerous or reckless actions. Motorbike Accident Claims have provided us with this editorial piece that looks at the dangers faced by motorcyclists. They will examine the latest road accident statistics and give some tips on how motorcyclists can protect themselves.

A Summary of the Latest UK Road Accident Statistics

In the UK, the Government’s Department for Transport coordinates the gathering and release of vital accident data. A report is released every year which outlines key road accident and safety statistics based on police data. The latest completed report was released in September 2020 and covers accidents on British roads during 2019.

In 2019, there were 1,752 deaths on British roads, a very slight decrease of 2% compared to the previous year. Generally speaking, this figure has remained stable over the last seven years. While motorists account for 42% (736) of the death figures, this is to be expected given that 80% of people using the roads drive a car. In comparison, 19% (336) of the deaths were motorcyclists, and 6% (100) were cyclists. Despite only making up a small part of road traffic, deaths to motorcycle and pedal bike riders are considerably high.

The fatality rate per billion passenger miles is another valuable statistic showing how certain road users are more vulnerable. In 2019, the fatality rate per billion passenger miles was 104.6 for motorcyclists, 29 for cyclists and 1.6 for motorists. The rate for motorcyclists stands at an alarming figure that is significantly higher than any other group. This statistic suggests that if you ride a motorbike, you are 65 times more likely to suffer a fatal accident than someone who drives a car.

While there is nothing worse than losing a loved one, a fatal accident can be more peaceful than enduring life-long damage for road accident victims. Surviving an accident may lead to severe injuries and financial issues, which is why it’s just as important to focus on the casualty statistics. In 2019, the causality rate per billion passenger miles was 5,061 for motorcyclists, 4,891 for cyclists and 195 for motorists. In the next section, we will go into more detail about why vulnerable user groups are more at danger when it comes to severe injuries.

Why Are Motorcyclists & Cyclists Most at Danger? 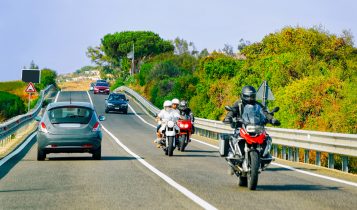 If the above statistics tell us anything, it is that motorcyclists and cyclists are far more at risk on the roads than anyone else. This analysis is the case for both fatal accidents and accidents involving serious injury. One of the biggest reasons risk is heightened is that, unlike motorists, they don’t have interior protection to cushion impact. Car drivers are more secure due to their internal environment, and that they can benefit from advanced safety features, such as seatbelts and airbags. A relatively straightforward rear-end collision may be enough to knock a motorcyclist or cyclist off their bike. In this example, the victim may suffer injuries from the resulting fall or from getting trapped.

Another substantial reason why motorcyclists and cyclists are more likely to suffer a serious accident is that they are more challenging to see. Vehicles such as cars, busses and lorries have blind spots, and several accidents happen because drivers fail to see motorcyclists or cyclists before making a manoeuvre. Their visible presence is reduced even further at night or during poor weather conditions. Motorbikes and pedal bikes only have two wheels, which further complicates matters. Uneven surfaces, potholes and slippery roads can cause a rider to lose control and crash.

How Motorcyclists Can Protect Themselves

Unfortunately, there are no guaranteed methods for preventing accidents, especially when many risks are external, such as motorists and poor road surfaces. However, motorcyclists can take a few measures to increase their protection against an accident and, even more importantly, prevent themselves from sustaining severe life-changing injuries.

It sounds like an obvious point, but it’s not uncommon for motorcyclists to get a bit too lazy, especially if they are going on a short trip. Just because you’ve not been involved in an accident yet doesn’t mean that you should let up your guard. You should always equip protective gear every time you take to the roads. An approved safety helmet should be a priority to protect against head or brain injuries and shield your face from wind, rain, and debris. Full body gear, such as leather or denim pants and jackets, will cushion impact should you crash. Riding gloves are recommended to make sure you operate a firm grip.

One of the biggest risks you face is not being seen. That’s why it’s recommended for motorcyclists to wear clothing with reflective features. You can even go the extra mile and buy reflective accessories that can be fitted to the motorbike. Reflective markings will help keep you visible at all times, especially when it’s dark outside, or the weather is poor.

A lot of accidents can usually be prevented when the rider is concentrated and prepared for any scenario. This tip may sound easier said than done, but whenever you are out riding, pay close attention to everything happening around you. Maintain a reasonable distance between other vehicles and position yourself in the view of other drivers, especially when stopping at traffic lights.

Motorcyclists and cyclists do have somewhat of a notorious reputation among motorists. You have a right to use the road as much as anyone as long as you follow the rules. No matter how good you ride, there will be times when car drivers act disrespectful and aggressive towards you. If this happens, keep your cool and don’t ride to their bait. If someone is driving dangerously or recklessly or appears distracted, keep your distance from them and let them pass ahead of you.